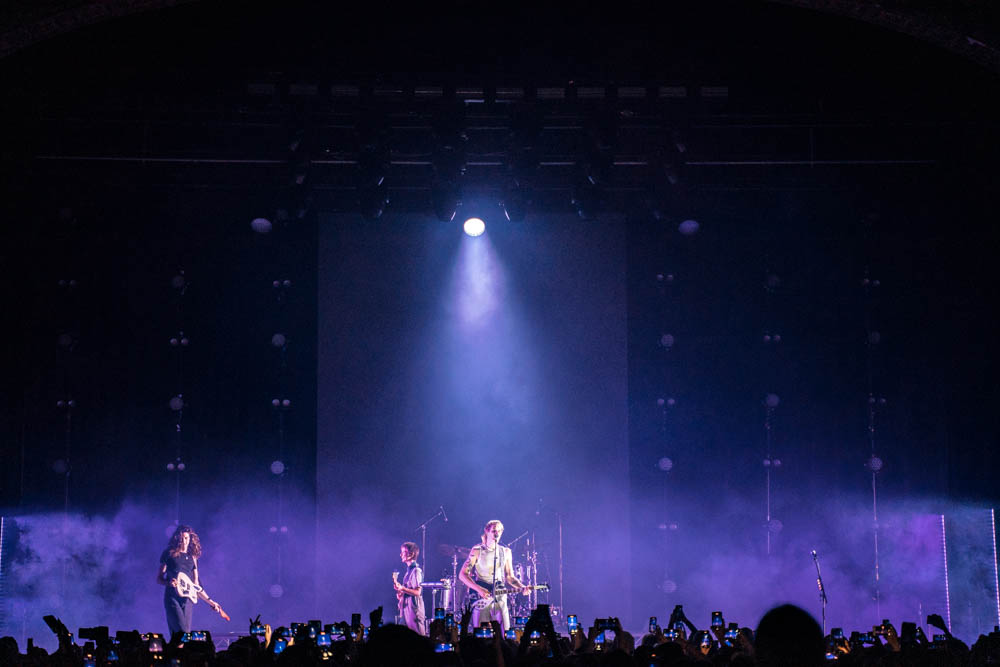 While many would have been cozy at home on a cold Tuesday night in August, the Forum hosted a packed house for the first of Spacey Jane’s five shows in Melbourne on their Here Comes Everybody tour. Even though this opening show was for an underage crowd, Spacey Jane, I Am Leopard and Teenage Dads brought the energy worthy of an opening performance.

Teenage Dads were the perfect entree for the night with their whimsical garage rock and their hometown crowd there to support them the energy in the room filled quickly, and with people streaming in to get to the front as fast as possible, it would be arguable that they played to one of the biggest crowds in their history. 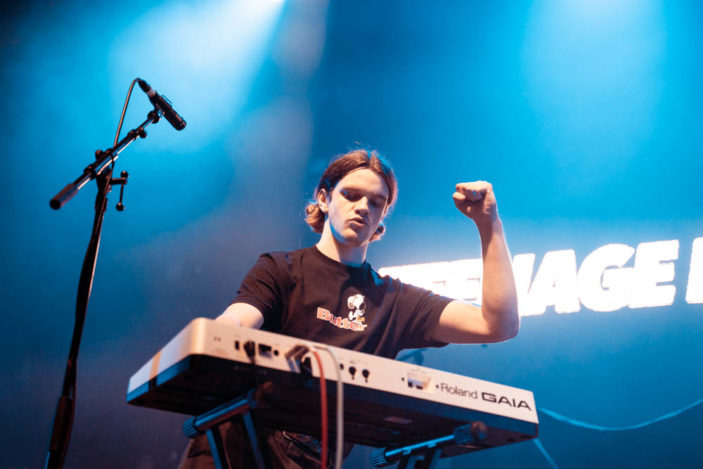 While their classic in-set fun of the Bunning theme didn’t happen, the band managed to continue the hype train with the ‘Big Bang Theory’s theme’, as well as popular tracks, ‘Sunburnt’, ‘Teddy’ & ‘Piano Girl’ which the home crowd adored.

I Know Leopard brought a completely different feel to the room, with their combination of electronica and pop mellowing the crowd out, but making sure that there was still a simmer before Spacey Jane. Their atmosphere worked well to keep the crowd in check, as after Teenage Dads the young crowd was roaring. 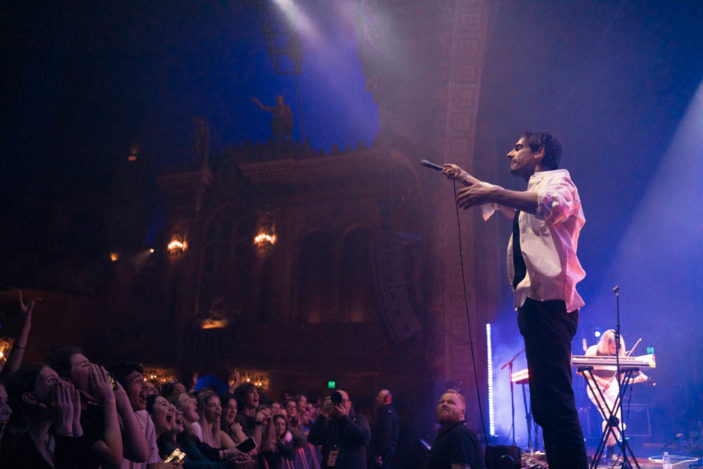 With popular tracks, ‘Heather’, ‘Landmine’, and ‘Rather Be Lonely’, alongside tracks off of their recent EP Nothing Is Real, The quintet put on a memorable opening set and put their Melbourne presence off to a stunning start.

With everyone waiting for Spacey Jane at 8:30 pm, the half-hour wait would have felt like torture, especially in the now crowded pit space on the Forum floor. But, relief arrived and the crowd who would have been focussing on the numbers would have quickly forgotten when the lights dimmed for the beginning of Spacey Jane’s set.

The band came out firing, with lead guitarist Ashton Hardman-Le Cornu leaping around the stage in his signature style. Starting strong Spacey Jane led with ‘Sitting Up’, and ‘Skin’, while the room was pumping with energy for these opening salvos, it wasn’t until the band moved into the big numbers that you could see peak energy levels in the room. “Lunchtime”, “Bothers Me” and “Saw Teeth” followed before the drummer, Kieran Lama paused the gig so they could grab a fan’s phone to be on their BeReal feed, something which has become a somewhat theme of the tour so far. 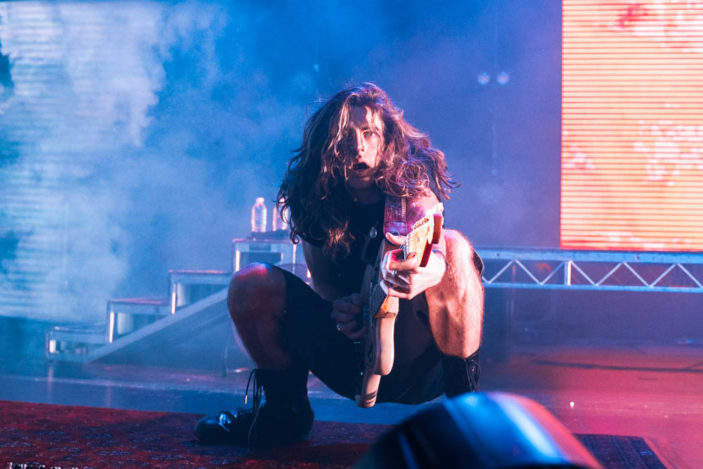 As a lovely gesture and moment for the crowd to re-coup, lead singer Caleb Harper, who was on fire, stopped their show halfway through to get the security guards to pass some water into the crowd, showing the importance of the band’s to be aware of what is happening in their pits. It also gave them a moment as well, as the band was firing all pistons until this quick reprieve.

‘Feeding the Family’, ‘Booster Seat’ and ‘Good For You’ were all met with raucous screams from the pit, with the latter of the three, leading into an encore led by the repetitive wails of “one more song”. For fans of Spacey Jane, the All Ages tag to the show may have turned them away, but it was a consistent power and fun you could see the band having on stage for the opening night that will make some question why they didn’t book a first night ticket. 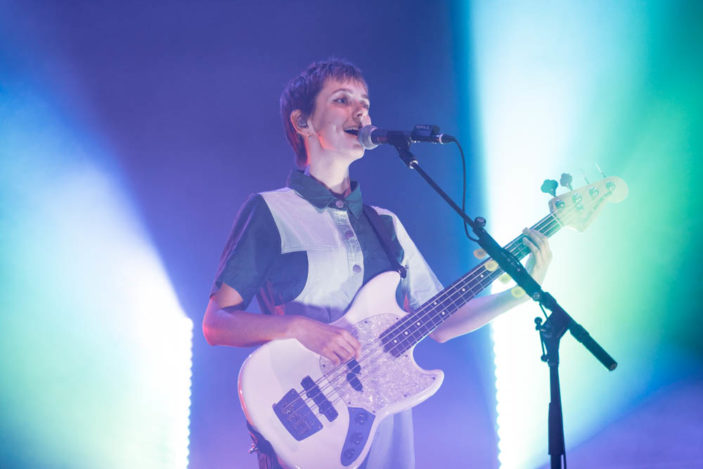 The final two songs, “Headcold” and “Lots of Nothing” pushed the young crowd into a frenzy, as their encore made sure they had nothing left in the tank to give.

What made the show so special was the production values, you could see that Spacey Jane was dedicated to the cause with some of the best lighting; inclusive of a giant LED screen, on display in recent memory at the Forum. It was a fantastic performance and really drove home the fact that Spacey Jane has become a rock icon in Australia.

The band has more shows in Melbourne until Saturday closing out their tour with all shows unfortunately sold out, before taking a short break and heading on a North America tour starting in Toronto, Canada.