North American Hip Hop was a dominating force on the 7th day of the RBC Bluesfest in Ottawa, though a last minute cancellation from De La Soul may have disappointed some (this writer included! They always put on a great show). US powerhouse Run The Jewels, Canadian rapper , local MC G. Grand (who filled in for De La Soul) and Montreal duo Heartstreets all showed off their take on the genre to great response. Alongside them were modern blues icons, one of Canada’s biggest pop rock bands, a Scottish group playing their first show in eight months and one of Canada’s finest psych rock bands.

Heartstreets were playing as we arrived at the festival – now in its 21st year – and the female hip hop duo showed off their impressive voices as they got the party started early. G. Grand was a last minute replacement, and kept those vibes alive on the Bell stage, while BC outfit Current Swell brought their surf roots rock to the Canadian stage. They couldn’t be better suited to a Bluesfest, and indeed played Australia’s own back in 2013. With harmonica and slide guitar, plus the harmonies of songs like “I Want a Bird”, the group channel the likes of the John Butler Trio. And as you’ll find out in our interview with the band, they are directly influenced by the man himself – and are a fantastic live band to boot. One of the highlights of the day, for certain.

But a Bluesfest wouldn’t be complete without its namesake, and for that they brought in the incredible blues guitarist Walter Trout. Backed by a three piece on the bass, guitar and the organ, the man who once was John Mayall’s backing guitarist gave us everything you want to see at a Bluesfest. Great songs – such as “Life in the Jungle” – and amazing jams, through the likes of “Got A Broken Heart”, and songs like “Blues For My Baby”, which are the epitome of the genre. After all, as Trout quipped, “This is a Bluesfest! I think after Kanye West I gotta play the Blues!”. 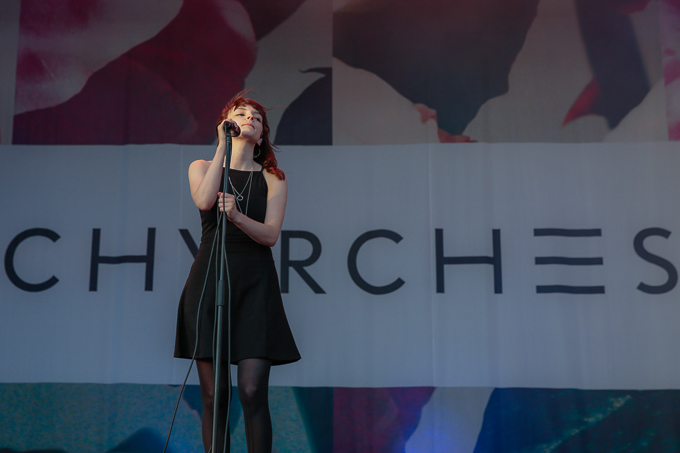 Scottish outfit Chvrches emerged from eight months in the studio to deliver their first live show in as many months. Lauren’s banter was as strong as ever, and though it wasn’t as tight a set as we saw at Clockenflap in Hong Kong last year (in what was one of their last shows before their live hiatus), it remained an enjoyable one. Opening with the brand new track “Clearest Blue”, the electronic trio powered through all their favourites, from “Gun” and “Lies” to “Dead Air”… and that was just in the first half! Two other new tracks made an appearance, which we’re told were called “Leave a Trace” and “Make Them Gold”, respectively, and the set closed with “The Mother We Share”. The new tracks fit into their repertoire nicely. Over on the Canadian stage, Black Mountain showed why they are one of the country’s – nay, the world’s – finest and most underrated psych rock bands. With the lead vocals of Amber Webber, the band are mesmerising live and tracks like “No Hits” were, in a word, spellbinding.

The night ended for punters in one of three ways. On the main Bell stage, Canadian pop rock outfit Hedley – who seem to be relatively unknown outside their territory – got tens of thousands singing along to their domestic hits, such as “Invincible”, and were gracious every step of the way. Over on the Monster stage, Run The Jewels (Aka Killer Mike and El-P) seemed to be surprised by how popular they were in Canada, and wasted no time in getting the crowd moving, guns and fists in the air. Opening with “We Are the Champions” courtesy of DJ Trackstar they launched right into “Run The Jewels” ahead of tracks like “Blockbuster Night Part 1” and “36” Chain” and a set that ran through both of their albums with huge amounts of energy. 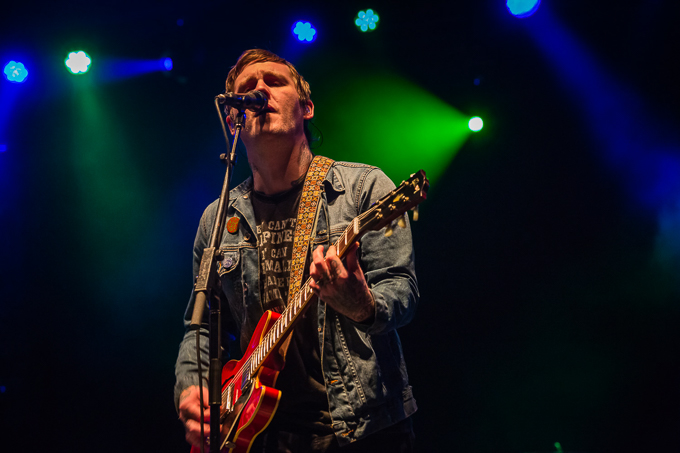 But for me, it was with New Jersey’s The Gaslight Anthem that I finished out the festival evening. With his Springsteen swagger, lead singer and guitarist Brian Fallon is a consummate frontman – a great performer, full of surprisingly funny banter, ranging from his favourite Gallagher Brother to the latest Apple Music hashtags. Then, on playing their excellent track “Too Much Blood”, he promised an extended jam at the end, noting that this was Bluesfest and they didn’t know how else they’d fit in. As the rest of the day shows you, however, there’s certainly nothing that would be expected of any band at the event. There’s something for everyone here. But Gaslight weren’t wrong to include it, it was one of the highlights of a phenomenal set, which also included “Blue Dahila”, “45” and “The ’59 Sound”. Their set ended with a cover of The Who’s “Teenage Wasteland” that was so perfect, I had to wonder if they did the original. And it left the crowd chanting for me.

The RBC Bluesfest in Ottawa continues tonight through Sunday. For tickets and more details, head to: http://www.ottawabluesfest.ca/. You can see more photos from the day HERE.

The writer is attending the event with the support of the festival, Canadian Tourism and Ottawa Tourism.