Once in a generation there comes a remarkable talent that manages to take the breath from all who hear them. Mavis Staples is one such artist. She is Gospel royalty. It was fantastic to see her back in Melbourne and getting on board with the cause to benefit the Mountain Pygmy Possums. Staples was joined by Melbourne locals Emma Donovan & The Putbacks who ably warmed up an early crowd, all of whom were ready for the later evening magic.

The evening’s action all took place with clouds swirled over the Zoo grounds. Thankfully the weather held and the crowd was able to enjoy both acts with ease. Emma Donovan & The Putbacks proved to be a brilliant opener for Staples. They brought that little touch of Australian soul. With some Rhythm & Blues thrown into the mix for good measure.

Donovan herself was a wonder, regaling the crowd with family tales and building an atmosphere perfectly suited for Mavis’ upcoming set. The music was punchy. But there was lot of depth to it; Emma’s lyrics were honest, angry and full of painful stories. Yet, often with a message of growth coming from it all. 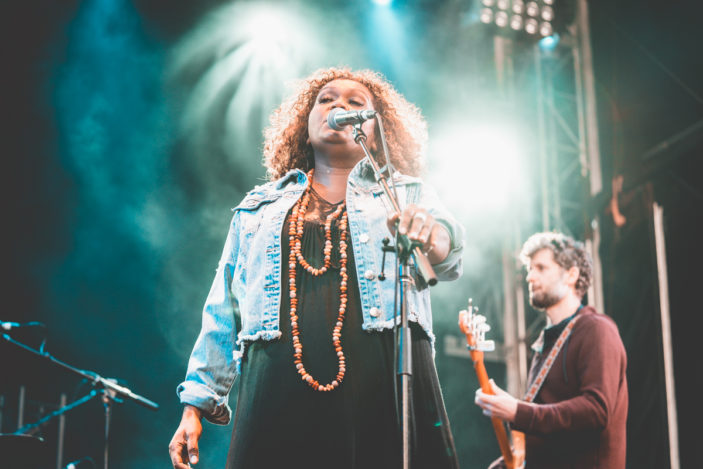 A Gospel legend was born when Mavis Staples joined her sisters in picking up the microphone many years ago. And even at the age of eighty Mavis certainly still has the magic touch. She delivered a powerfully moving set, bringing the metaphorical roof down for the final Zoo Twilight performance of 2020.It might have been one of the shorter sets of the concert series, running for approximately seventy minutes, but it didn’t matter as Staples laughed, scolded and sassed her way through the set, actively engaging with the crowd in between songs. 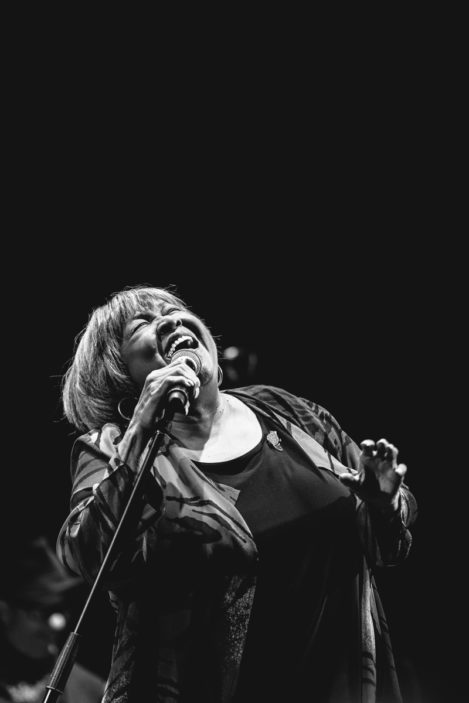 The set itself was drawn her full discography, including her time in The Staple Singers, casting the net as far back as 1971. “Touch A Hand, Make A Friend”, “Are You Sure” and “Respect Yourself” were all features of her early career. Yet after seventy years as a performer it was pretty easy to argue that the rasp of her voice and the depth of her experience have ensured she has thoroughly improved on those early recordings. While the older songs brought a touch of nostalgia, there was also a sense of renewal as her new album We Get By also featured heavily. “Change”, “Anytime” and “Brothers and Sisters” all got an airing. 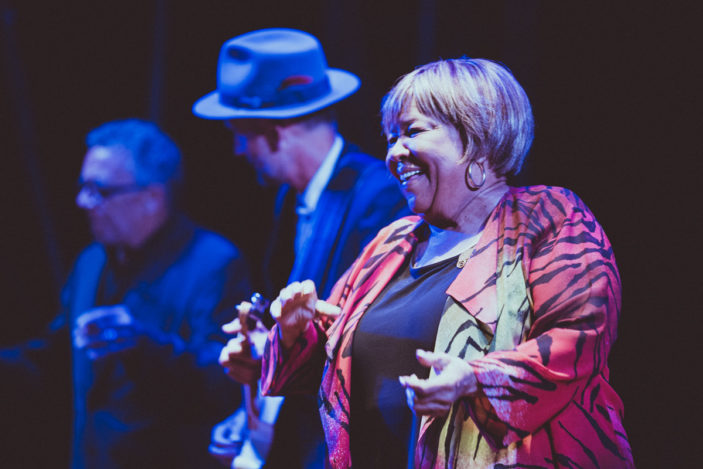 “I’ll Take You There” closed the performance. It is a song full of history. And as one of Staples’ earliest tracks, it seemed she wished to finish the set and concert series off with a ‘bang’. Goading the crowd into a call and response that would have had even the shyest individual shouting “I’ll Take You There”, Staples delivered a truly  magical moment. Staples, her full band,  and an army of fans all coming together in a moment of musical harmony. Respect was the message of the day. This moment displayed what it could do, simply, but powerfully.