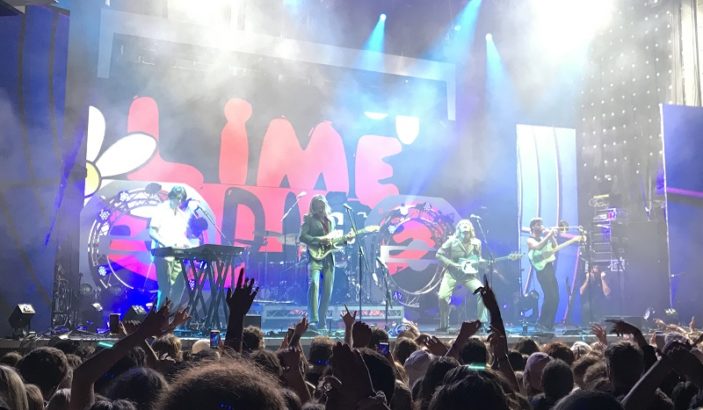 Sydney indie rockers Lime Cordiale have grown hugely in popularity over the past 12 months but it’s come during a period where live shows have been limited, so headlining the first SNACK Festival at Perth’s Metro City drew a sold-out crowd.

Since last July’s release of their widely acclaimed sophomore LP 14 Steps To A Better You, the band have earned widespread plaudits, gaining eight ARIA nominations, landing five songs inside the top 30 in the Triple J Hottest 100 and winning the J Award for Australian Album of the Year to name a few.

But the sell-out crowd would have to wait to see the main act at the event which had to be re-organised due to COVID-19 protocols. The event ended up at Metro City which is an odd indoor festival venue, with a multi-tiered set-up focused on one stage which is perhaps better suited to a one-off show. There were breakout areas including the smallest of small Boiler Rooms and the pleasant alfresco style Silent Disco overlooking the CBD.

The support acts busied the steadily building crowd with doors opening at 6pm, with Lime Cordiale not due on until after 9pm, although the outdoor Silent Disco was popular as the sun went down.

Local DJ Shann warmed up the then-packed crowd with a suitably danceable mix, with the likes of Tame Impala‘s “The Less I Know The Better” and Grouplove‘s “Tongue Tied” being highlights, while his team of scantily dressed dancers upped the energy. 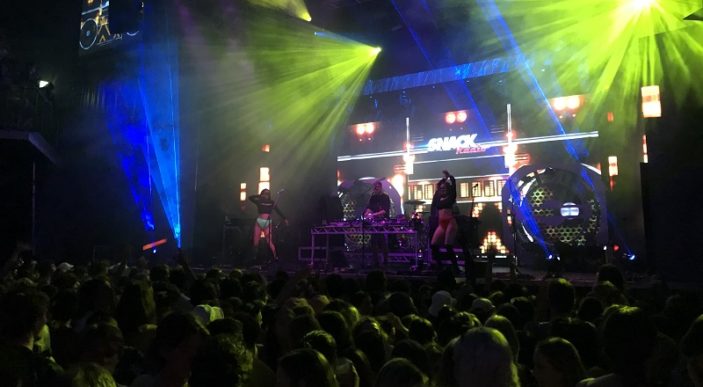 The live charisma of the five-piece comes from their two frontmen, Oli and Louis Leimbach. As always, they were dressed sharply in their flared hipster op shop suits.

They launched immediately into the popular “No Plans To Make Plans” where they showcased their menagerie of musical instruments including a Louis kazoo solo.

Another of 14 Steps hit “Money” generated a singalong with the singleted Nicholas Polovineo being a standout on trombone.

Oli is the more talkative of the two brothers and he stated WA is a “hard place to get into” eluding to the state’s hard border rules, revealing they were delighted to be west side playing in front of sell-out crowds again ahead of a series of dates in Brisbane and the Sunshine Coast.

The crowd was bopping along to “Screw Loose” and while the hits and instrumental range (this time clarinet) kept on coming, the show did meander a little through the middle.

The brothers are great showmen upfront, owning the stage with their talent and charisma, although Louis can appear a little bashful, while Oli does his best to connect with the crowd between songs.

The energy lifted when they played their popular Like A Version cover of the Divinyls “I Touch Myself”, prompting a remarkably near-synchronised swathe of girls across the venue to rise on shoulders in unison.

“Robbery”, which finished seventh in last year’s Hottest 100, was saved for their encore and was blasted out amid confetti falling from above to ensure the show finished off a genuine party.