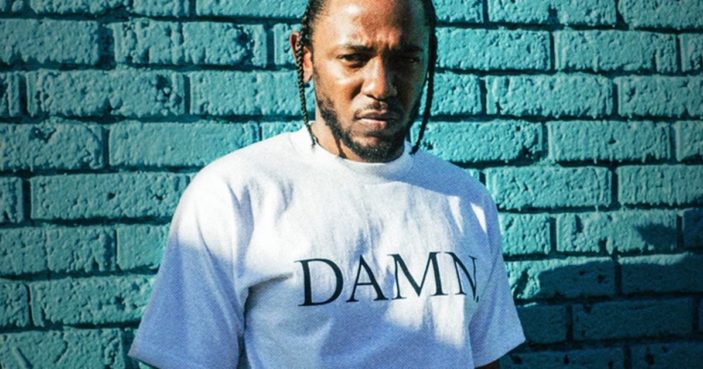 *UPDATE* [19/05/2022]: Well, the news is out now. Every single music fan in Sydney is going to be knocking down the online Live Nation door as of Friday 20th May in a frantic attempt to scrape up tickets to Kendrick Lamar’s new Australia tour for 2022. The Compton emcee, who just released the brilliant Mr Morale & The Big Steppers, will be performing shows throughout December from Perth to Brisbane to Melbourne to Sydney. And it’s clear that these shows will be the hottest tickets in town all year.

The dates are as follows. Check out when you can make it and scoop up some tickets at Live Nation.

As far as critical success goes, Kendrick Lamar is at the very top of the music industry right now, re-shaping the standards of hip hop for the better and fully justifying the hype that surrounded the emcee all those years ago when “Hiii Power” dropped and hip hop fans around the world heralded the next truly great artist in rap, one who commands both the commercial and underground with ease.

Obviously, his Sydney sideshow to his headline appearance at this year’s Bluefest was going receive an evangelical response, packing out Allphones Arena for what would go down as one of the most interesting, thoughtful hip hop shows I have seen, bucking the trend of rapper’s arena/stadium shows needing a big production to get over the line and bringing it all back down to what matters the most, the lyricism.

This lyricism was delivered to us with blistering precision, ferocious but steady, mostly unconcerned with ostentatious shows of hyped-up, turnt-up energy and just focusing on dope rhymes over dope beats, recreated by a tight, talented band that would re-shape these productions to fit the setting.

Just a few days prior, I had the pleasure of seeing Kendrick play Auckland City Limits and noted in my review that much of the set was lost in the atmosphere, the band suffering from the open air stage. This was different; much different in fact, as Allphones proved to be perfect for what Kendrick and his band were trying to do, with the instrumentals hitting hard while K Dot mostly stood still and calm behind the mic, letting his hands do the work for him as he would gesticulate – rather intensely at times – each of his lines, reiterating the whole slam poetry vibe of his non-single performances.

Support came from Aussie rapper Sampa the Great who brought Remi along for what was definitely the biggest gig in her career thusfar, and she didn’t wasted the opportunity at all, with the crowd almost immediately warming up to her once Sampa started taking us through her set, with an excellent assist from Remi.

The obvious Lauryn Hill influence on her communicates on stage, with half-sung, half-rapped delivery that would at times completely separate into quirky sung verses and then awesome bursts of just straight up bars, which would often catch the crowd off guard before they would start cheering and begging for more. Having Remi, an equally talented emcee, there with her strengthened Sampa’s set even more, the two sharing a great on-stage dynamic as they performed some new material as well as cuts from her The Great Mixtape. It’s safe to say she left with a bigger fanbase that night.

As mentioned above, the value of Kendrick’s band was a bit lost on me at Auckland City Limits, but it was most evident here as they would recreate the likes of “Wesley’s Theory” and “Backstreet Freestyle” (with a hard-hitting riff from N.W.A’s “Dopeman” worked in to give the song an epic edge) with meaty bass lines and deep, resounding drums. Kendrick remains the star of the whole thing though, a light shining on him as he casually walks out onto the stage and just lives in the moment before opening with his “For Free? (Interlude)”, asserting himself against the often exploitative side of the music industry, speaking to the common motif of different forms of oppression that characterise To Pimp a Butterfly.

It’s was all killer no filler from there; Kendrick gave us over an hour of work from albums number two and three, some songs broken apart and given to us in pieces (“m.A.A.d City”; “The Art of Peer Pressure”), while others were delivered in all their epic, rock-washed glory (“King Kunta”; “i”). Interludes and pieces of rapid-fire poetry broke up fan favourites like “Swimming Pools (Drank)” and “Money Trees”, helping glue the whole thing together as one cohesive, stunning piece.

As I mentioned in the above Auckland City Limits review, some decisions do warp the effect of these songs a bit too much. For example, the intensity of “m.A.A.d City” on record owes much to it’s structure: that fiery and urgent first verse, the head-nodding second verse with those pronounced strings, and then those same strings creeping back in for a bizarre third verse, building up to the ultimate West Coast sample: “Funky Worm”; it’s an opus paying homage to the history of gangster rap, jaw-dropping from the way it’s put together. That doesn’t across here, with the ill-informed choice of splitting the parts up and performing the second half first, then the first a few songs later, taking away from the ambiance. Don’t get me wrong, it’s still an incredible record live, but it could have been so much more.

A few hours prior to the concert news broke of Phife Dawg’s death, sending shockwaves throughout the music world and hitting hip hop fans especially hard. A Tribe Called Quest‘s impact and legacy cannot possibly be overstated, and the legendary group’s influence on Kendrick is evident in his expression of jazz – even though it’s instrumental jazz rather than loops. It was fitting then that Kendrick preface the ground-shaking “Alright” by leading a chant for Phife, a beautiful and straight-forward tribute which was coloured with thousands and thousands of lights in the air; it made “Alright” that much more incredible, especially when combined with how enthusiastic the audience was all night.

A second encore took us back to his earlier days with “A.D.H.D” mixed up with “I Am (Interlude) off one of his early EP’s, the confident spoken-word piece presented as a potent statement over the psychedelic keys of the Section.80 highlight. By this point he had already given us more than enough to prove his kingly position; this was an added bonus.

Just recently Kiss, lead by Gene Simmons who recently stated that he can’t wait until rap is dead, leaned largely on production at the same venue; the usual pyro, confetti, and lights to make their show work. Kendrick outdid them with nothing but music, lyricism, and passion, a truly graceful performance by an emcee who has already built up a legacy that will last forever.