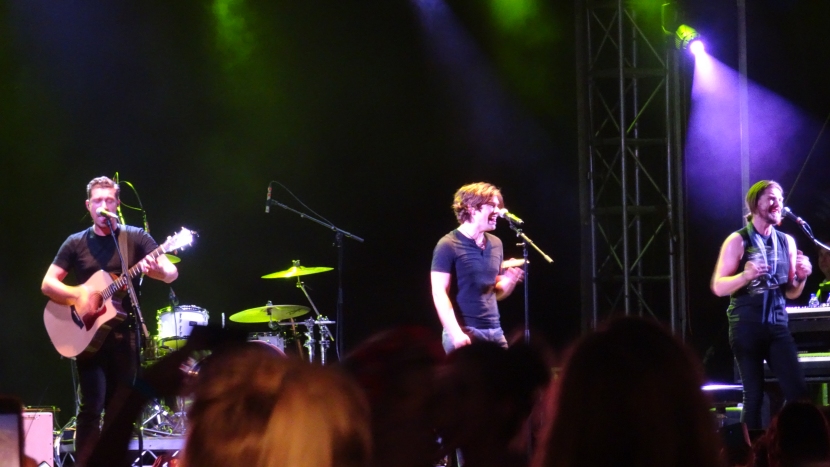 I thought I knew what to expect going to see Hanson perform as part of Zoo Twilights at Melbourne Zoo. Being the fan that I am, I also saw them earlier this week at the Palais Theatre on their String Theory Tour – and to say I was underwhelmed by this tour would be an understatement.

I first saw Hanson back in 1997, when I, along with thousands of other tweens and teens, packed the car park of Westfield Southland during the Tulsa trio’s first promotional tour of Australia. Since then I’ve lost count of how many times I’ve seen them play, never missing an Australian show, so I’ve seen them enough times to know what kind of show they’re capable of putting on.

But first let me explain —

Hanson is an American pop rock band, formed by brothers Isaac, Taylor and Zac. They’re best known for their 1997 hit song “MMMBop” off their Grammy-nominated album Middle of Nowhere. They’ve since released eight studio albums under their label, 3CG Records and have toured regularly for their loyal fan base worldwide.

But Wednesday’s show at the Palais Theatre felt flat. There was little talk or interaction, and no encore (even one song done acapella would have serviced). And although ticket prices were significantly higher than previous tours, it was the shortest show, at less than two hours with an interval or no opening act. 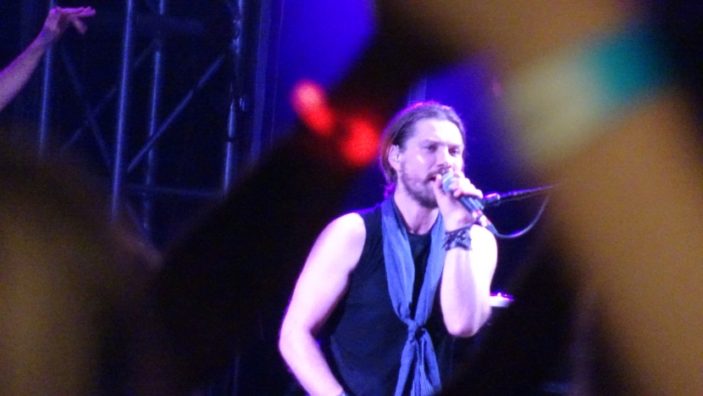 I understand the high costs of adding production value and needing to pay a large number of musicians – and don’t get me wrong, there were moments of pure genius – but few songs were enriched by the inclusion of the orchestra. Songs like “Tragic Symphony”, the heavily-percussion driven “Siren Call”, and the rarely performed “Yearbook” were transformed to extraordinary heights, but a lot of the time, the orchestra provided unnecessary noise.

At the beginning of the show, they spoke briefly about recently celebrating their 25th anniversary as a band and wanting to cross ‘performing with an orchestra’ off their bucket lists. I do commend them for trying something different, but where Hanson concerts are usually full of high energy; the audience here seemed bored, sitting idly in their seats for the next unknown song on the set list. The most amount of energy came from a rousing game of musical chairs, as the brothers took turns moving from drums to keys to guitars.

I noticed vocal improvements from Isaac and Zac, who took the reins for most of the second act. The set list was their 2018 release of the same name played from beginning to end. The album tells a lyrical story of aspiration, despair, fortitude and ultimate return to optimism. It’s beautifully biographical and emotionally poetic.

The second half slumped and I remember checking my watch to see if this already short show was almost over. I’m never against playing new songs, but I do believe there should be a balance – especially when the majority of your audience is unlikely to have listened past 1997’s Middle of Nowhere. I’m not trying to be facetious – but that’s truth for many of us. But even fan-favourites like “Where’s The Love” and “MMMBop” failed to capture the magic they normally do on the night.

Judging by the grumbles coming from the crowd on the way out of the theatre, clearly I wasn’t the only one perplexed by the String Theory show. Although a cool premise, to put it simply: I thought, “they’re better than this!”

So imagine my surprise when I arrived to discover that Hanson would perform sans-orchestra at Melbourne Zoo last night – and not surprisingly, they were incredible!

Die hard fans rushed to the gates at 5.30pm to secure their spot at the front of the stage. Families sat down their picnic blankets and eskies on the lush grass further back from the stage, while young singles hit the food trucks for an array of delicious food and alcoholic beverage choices.

As soon as Hanson hit the stage in this unique viewing space, the audience took to their feet. From the slow-to-fast clapping in “Crazy Beautiful”, singing the ‘na na nas’ in “Been There Before”, and teasing the audience during the lyrics: “do you love me?” in “In the City” – the fans revelled in every minute of it! There was enough audience participation and interaction to make fans of the biggest of haters.

This was Hanson at their best. Performing under a starless sky, with the added glow from zoo glow-in-the-dark wristbands, Hanson gave the audience what they wanted – the hits and other bits – something off every album. Choosing only fast tempo songs, the show was energetic from start to finish, but had a natural build-up of energy. They wanted a party; and the audience responded. With only an extra guitarist/keyboardist and bassist on stage, the show peaked during “In the City”, and continued into the encore. 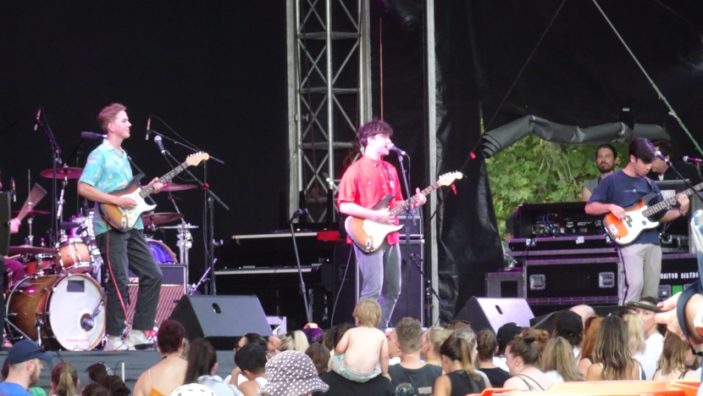 Opening the show were Sydney-based band, The Million. Performing songs off their five-song EP, along with a cover of Maroon 5’s “This Love”, the young trio battled the rain and heat, as well as the problem of audiences generally having zero interest in an opening act, to do a decent job at warming the crowd. Though some of their lyrics were questionable (usually phrases or words chosen to rhyme over sense or reason), The Million were charismatic, funny and had good energy, and the crowd responded favourably to them.

The two shows were of vast difference, day and night, chalk and cheese. But last night, that’s how you put on a show – and what keeps me coming back every single time!

The reviewer attended the event on March 1st 2019.

Hanson returns tonight for a second sold out night of music. The Zoo Twilights (January 25th to March 9th) is a series of outdoor concerts, with money from ticket sales helping Zoo Victoria save the Eastern Barred Bandicoot from extinction.

Unfortunately tickets for all remaining Zoo Twilights are SOLD OUT.

Hanson has more tour dates set in Australia but visit their official website to find out more.