Melbourne was again reminded of its amazing homegrown talent as the Gasometer was treated to Eilish Gilligan’s sold out performance on Saturday night. EIlish, joined by both Max Quinn and Essie Holt helped the sellout audience forget about the cold and rain with their exuberant sets and loving songwriting. The stage setup was reminiscent of Eilish’s earlier image of frog and ferns, with the stage bathed in green light and covered with plants, bringing a little extra magic to the evening’s affair. 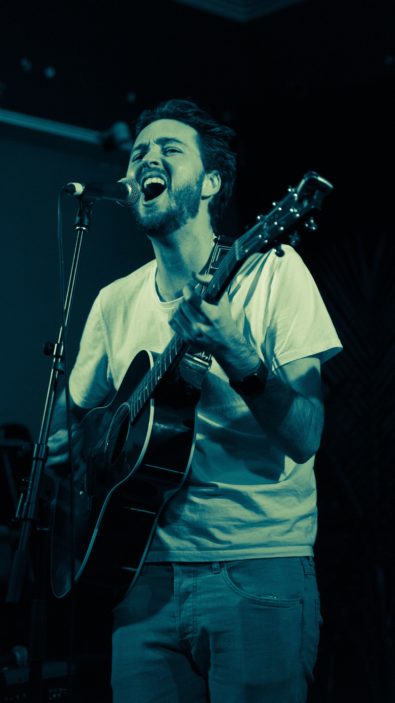 Max Quinn, better known for his time at the helm of Triple-J Unearthed, opened proceedings. While his delivery was unorthodox, often commenting about the lyrics seemingly at random throughout his own songs, his honest lyrics and clear vocals demonstrated that he sang from the heart, making him an artist that one could connect to quite easily.Partnered with Xavier Rubetzki Noonan, the duo put on what could only be described as a light hearted music-comedy performance, riffing with and against one another to help create a sense of buoyant fun within the small room at the Gaso.

Yet, Max’s set was not without a deeper moment or two, with songs about mental health, depression and having to take antidepressants bringing some real gravity to his music. Max balanced these heavier moments with levity, explaining how the song, “The Fremantle Doctor”,  a track about cricket, meant he had to study up on a sport of which he knew nothing about. This light hearted joking was a constant theme through the set and the lighthearted fun built some real enchantment into the early evening.

Next on stage was Essie Holt, who was fresh off of LANKS’ national ‘TwentySeven’ tour. Essie funnelled the adrenaline and charisma she used to keep the energy pumping on that tour and brought it with her to the Gasometer, using her poppy hooks and dancey synth work, alongside guitarist Hayden Jefferies to make a real mark. Her set contained the growing list of hits that Essie has built, including “Underwater”, Essie’s first release, as well as pumping new tracks: “Holographic” and “Monopoly”. These songs creating a cheerful, energetic atmosphere leading into Eilish’s set.

Essie’s set was well paced, using slower songs such as “Wildfire” and “Distant Places” to anchor her set; using the synthy, ambient tracks to help cut back the flow, before powering into her closing songs. Finally, Essie bought out “Better For You”, her most recent party of a single, causing her local crowd to break out into song, helping finish her set with a little home town fun.

Eilish GIlligan has started to make a real name for herself, not only as an excellent producer, but also a a songwriter with recordings containing real heart. This lyrical and emotional prowess was on full display during her sold out set on Saturday night. Leading in from the higher energies of Max Quinn and Essie Holt, Eilish quickly settled the bustling Melbourne crowd with two solo piano songs: “The Pool” and “Badlands”. Both songs were a reminder of Eilish’s ability as a musician away from the production software, with both of the songs displaying her tender vocals and passionate resolve as a musician looking to truly connect with her crowd. 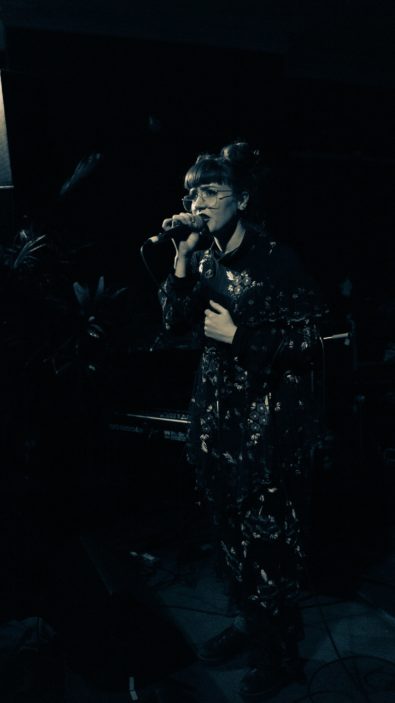 Joined on stage by her backing duo, Madi and Max, Eilish’s set quickly pumped the spirited room back up, sliding into the electronic pop vibes that her recently released singles have been known for. The set was an exciting mix of released and unreleased songs, with the new tracks proving to be amongst the highlights of Eilish’s set; “Dig Me Out”, “Involved You” and “Swollen”, for example, all brilliantly drew attention to her songwriting ability. Even through these were energetic pop tracks, Eilish used her strong highs and poignant vocal lows to drive her stirring lyrics, creating a beautiful juxtaposition of powered synthesised production and melancholic vocals.

Her current releases really rallied the room, often having the crowd singing with Eilish word for word on “The Feeling” and “Patterns”, the newest single, introduced to cheers from the sold out crowd. Stepping back away from the pop-dance tracks once again, Eilish covered Gwen Stefani’s “Cool”, with only her voice and keyboard. This instrumentation was a shift away from Gwen’s original recording, but it came across strongly as Eilish’s warm vocals put a little of herself into such a famous track. Finishing on her well known early 2018 single, “S.M.F.Y”,  Eilish’s track, filled with its flowing synths and punchy beats, came alive on the Gasometer stage allowing the crowd one final moment of fun before the close of the evening.

Eilish Gilligan will be appearing at BIGSOUND Festival. She’ll be at The Flying Cock tonight at 21:50 and at Family on Thursday 6th Sept at 22:30. You can also give her a follow on Facebook to keep up to date with any future tour dates.

The reviewer attended the performance at Melbourne’s Gasometer on Saturday 1st September.