If you’ve wished to see the pinnacle of lyrical songwriting with a pragmatic twist, you definitely need to find yourself listening to an album of Deborah Conway. Alongside her long time partner, Willy Zygeir, the two have crafted some sensation works over the past twenty five years.

Sunday night was an opportunity to hear these songs in the flesh, coupled with the hearty (occasionally bleak) humour that have followed the couple through their recording history.

Over the course of an hour and a half a tale of two halves was written, as Deborah, Willy and their band worked their way through the entirety of their new album The Words Of Men abd then in celebration of it’s release, the Australian classic, Bitch Epic.

The Words Of Men made up the first act of the evening’s performance as Willy and Deborah jovially nested with one another amongst some thrilling works. Even so many years on the instrumental writing was magnificent as Willy fingered his way through some spine tingling solos and riffs. The album had many highlights, but the closing number, “There’s not Much Sleeping To Be Had” and “There’s a War That’s Coming” stole the first break as the duo led from the front with some amazing vocal harmonies and instrumental prowess. 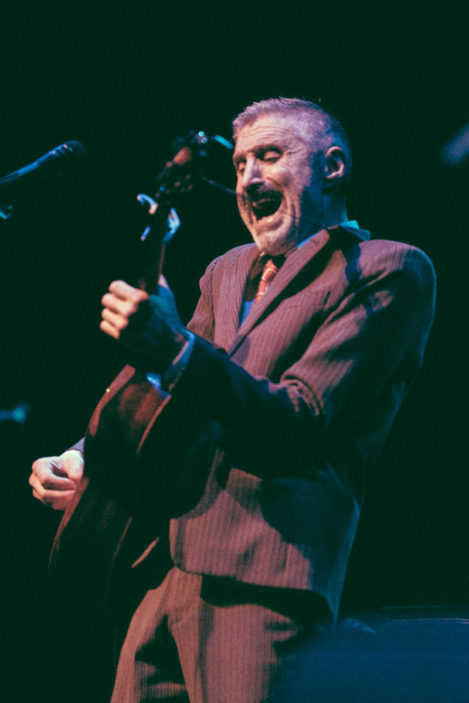 It was an amazing juxtaposition to witness, hearing the tales of a younger Deborah and Willy mixed with the newer tracks looking at the way their thinking and writing style had changed. Of course, Bitch Epic opened to rapturous applause as the band dived into “Alive and Brilliant” before the numbers started to roll. ” Today I Am Daisy” and “She Prefers Fire” were favourites, with the latter a haunting ballad about fire destroying one’s home. Interestingly, Deborah’s writing often encompassed the eventuality of death, but it has always come with a wry smile something that Deborah was happy to discuss on stage with her typical sense of humour.

In homage to their Bitch Epic tour, the night closed with a rendition of “Goldfinger”, the track recorded especially for Ian Fleming’s classic book film remake. It gave Deborah a final chance to wow the crowd with her high powerful vocals filling Hamer Hall’s high ceiling leaving the crowd in standing ovation.