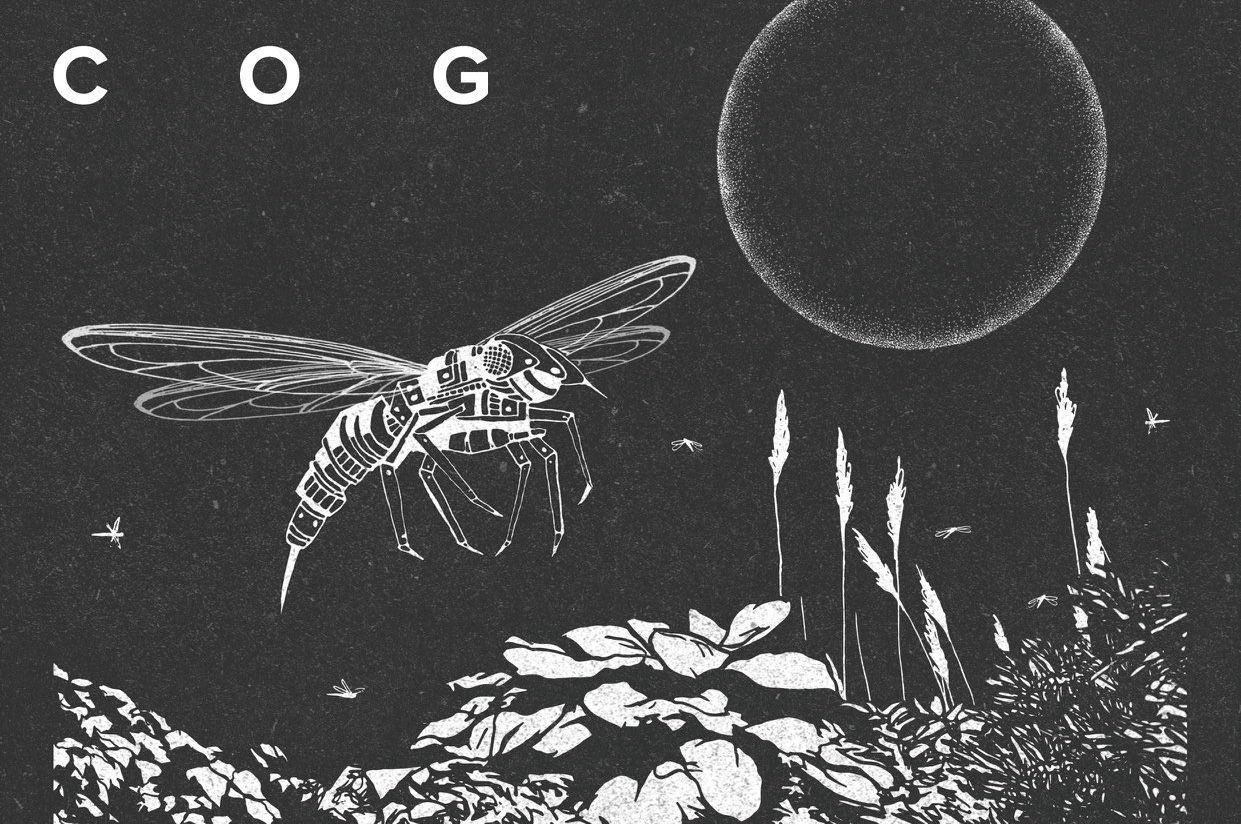 When Cog announced they were touring again, the hairs on my neck stood up. Having taken a break from touring nearly ten years ago, they’re thankfully back doing what they do best – music. On this tour, they’re also bringing a new album, Drawn Together, with them, the band’s first new music in ten years.

A wave of hard rocking black tee shirt wearing, music loving fans caught my eye as I wandered into Brisbane’s The Triffid, and we all had that look of knowing we were to witness the spectacular band that is Cog. The band’s tour has them travelling  down the East Coast, bringing with them a batch of new material and all the classic songs we know and love. In Cog we trust.

First up for the evening were The Omnific, a progressive instrumental band from Melbourne. Featuring two bass players and a drummer, they’ve built up much of their fan base through Triple J Unearthed. They’re a young band with lots of enthusiasm and a contemporary feel in this music. I’ve never seen a band with only these instruments used before, but I wasn’t disappointed. These guys have talent, and hopefully they’ll bring us more music in the future.

Next up were Brisbane’s Osaka Punch (formerly The Kidney Theives), who describe themselves as having smooth pop melodies and heavy grooves. The band kicked things off with the Baywatch theme song, with the band singing along, before launching into an upbeat instrumental song full of riffs, a pumping bass, powerful drums and noodling guitar. The band’s lead singer, Jack, is a fantastic front man. I’d like to hear more of his melodic voice with band turned down. As much as I try to watch other members I keep going back to the singer! He’s definitely a great front man for the band. New single “Hall of Shame” ripped through the crowd, followed by a freestyling song that made most of us laugh. It’s clear the band have a great sense of humour and just dig being on stage. Their music is a real blend of different styles and oodles of energy as they bounce around on stage. “Electric Jam on Boogie”, their last song of the night, was a crazy instrumental, and well received by everyone in the crowd.

After a short break, we get what we were waiting for, and Cog takes the stage, and for only being a three piece band, they most certainly seemed to want to blow the roof off the Triffid. Whilst the band are known for being political, there wasn’t much said, they didn’t need to talk, we just knew. In the intervening years frontman Flynn Gowler hasn’t lost his voice or any of his stage presence. He always looks like he’s having a great time, getting the punters to sing-a-long and inspiring us to forget about the world outside and to embrace in the moment.

Opening the set was “Doors (Now and Then My Life Feels Like It’s Going Nowhere)”, something of a climatic start, before the roller coaster of a show takes us through “Are You Interested?”, “Resonate”, and through to new tracks “Altered States”, “The Middle” and “Drawn Together” (played tonight for the second time live, ever!!). Drummer Lucius Borich played an insane beat that threaded through all our bodies creating a movement where we all dance whether we’re conscious of it or not. I’m pretty sure my ears bled tonight and if anyone had heart issues, the bass and drums together would have kicked you back into rhythm. Bassist Luke Gowler put on a wicked display of joy and emotions, seemingly loving where his life is at right now.

“Spine”, my favourite track, shone, with all the crowd singing and dancing throughout the seven minute epic. It’s a song that needs to be played loud, and they definitely hit that level. The show came to a close with “My Enemy” and “Bird of Feather”, with the crowd lifting the band towards the end.

It’s been a number of years since I’d seen Cog, and they didn’t let me down by any account. It was a great show, with enormous sound and perfect lighting. There were sore feet , bleeding ears, the double glazed windows were tested, but most importantly there were plenty of smiling faces.

Cog’s Drawn Together tour continues through to Sydney and Melbourne, before then heading to Newcastle, Wollongong and Port Macquarie in a couple of weeks. The reviewer attended the performance at The Triffid on February 14th.