Interview: Wolfjay talks about their origins and New York City debut ahead of The New Colossus 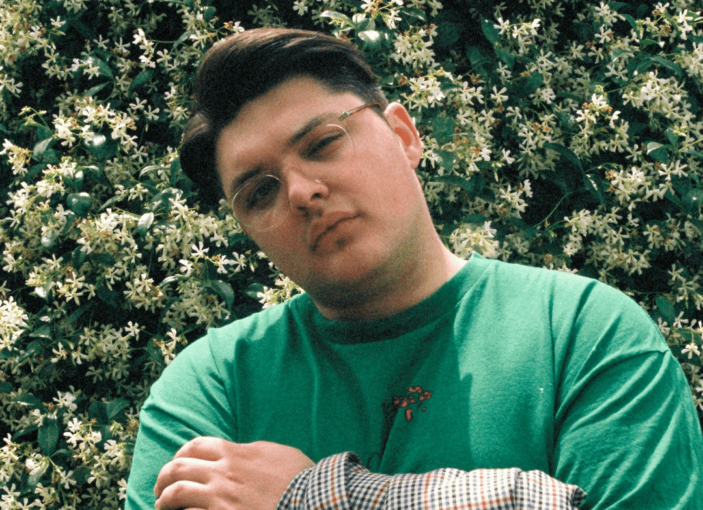 Wolfjay is a non-binary artist/creator/human, currently a local in Melbourne, Australia, and one of the acts playing our special showcase at The New Colossus festival in New York City next month, alongside Jaguar Jonze, Knife Wife, Safer, Tia Gostelow, Singapore outfit The Pinholes and more! While catching up with them we were able to have a chat about that upcoming show, how they got started as a musician, what they think of the Melbourne music scene, and we also learnt more about their new single released last month.

Can you share with us the origin story of how you became ‘Wolfjay’?

I started this whole ‘Wolfjay’ project by accident after finishing a degree in digital design and making up a fake artist to do design work for so I had something to pad out my portfolio. I uploaded a rough demo on Soundcloud and made an Instagram account and got invited to play at an electronic showcase night in Adelaide, and three years later I’m about to head to New York City to perform with my band! Wild times.

What’s the best way to describe the music scene in Melbourne?

Pretty damn wholesome. Most of the people I bump into and chat with and see at shows are super lovely, and just super into music. I really fuck with people who have good work ethic, do good work, and are kind, and Melbourne is full of people like that. It’s so great.

Does anything excite you about coming to/getting play in New York City?

For my whole life, New York City has just been this place that’s only existed in media, TV Shows, movies, music, and friend’s Instagrams. I’ve never been before. It’s finally going to be a real place! I’m finally going to go hang out at all the places I’ve romanticised and day dreamed about in my head. I’m so excited!!

Always a terrible question to ask to the person who created the music, but how would you best describe the music to someone who hasn’t heard it before?

Someone said once after a show that my music was like “hugging your best friend at a house party” and I’ve completely stolen that for whenever people ask me this question. Almost all of my music is written about little intimate moments between two people, and this description just sums that up so well.

What’s your latest single, and can you tell us anything about it?

I have a new single that came out at the start of February called ‘In Memory Of’!. It is about the pressure and tension felt when leaving behind old things and moving forward. It’s about letting the past die, killing it – if you have to, because it’s the only way to become who you were meant to be. It’s about acknowledging the process and despite it being painful and hard, sticking with it and seeing it through. It’s out on Sleep Well Records now and you can listen to it here!

Do you have any other future endeavours planned while you’re here in the US?

The New Colossus will be my only show in North America for this trip, but I’ll be back soon! I’ve got a few singles coming throughout the year, building towards a new EP at the end of the year.

Who else should we be checking out at The New Colossus?

For more about Wolfjay, head to their Official Facebook Page.