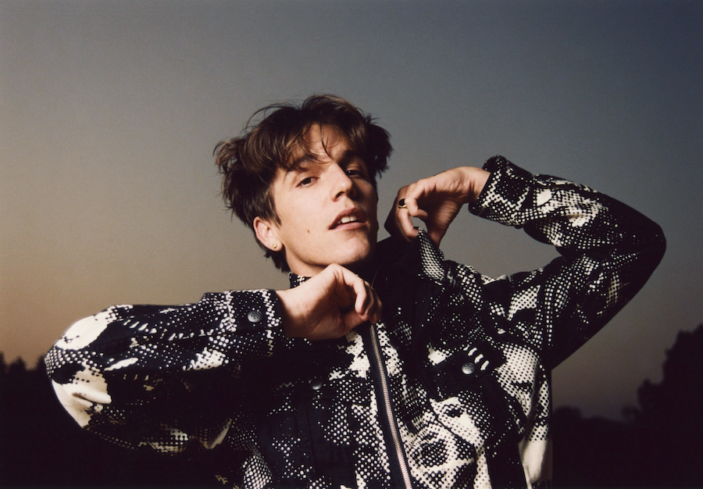 ROLE MODEL says he’s built his brand on his shadowy sad boy bedroom production that’s made him the internet’s shoulder to lean on. But his few song outliers like “blind” and “forever&more” have been blowing up online, creating depth to this Maine-born, Los Angeles-based artist.

His most recent single “death wish” is a stormy pop drop that sees ROLE MODEL idolise a fictionalised femme fatale destined for a bad romance.

“It’s fun to just fantasise a song and like try and create this little like short film, like a cinematic thing,” he said. “That’s what I wanted to do with ‘death wish’ because immediately my producer Spencer was just playing like those evil, dark chords and like, just right off the bat, like the first four lines spilled out.”

He’s currently in the middle of an in-demand North American tour, feeling the response of hungry fans that clog TikTok feeds with their concert videos.

“I just think it’s a very special show and it’s 90% of it is because of the audience. Like the people that come to these shows are doing all the work. Like it’s just a party and it’s very inclusive and we all just sing and shout and scream songs for an hour a night, and it’s f**king incredible,” he said of his fervent fanbase.

We sat down to discuss some of the questions these mega fans have been wanting answers to, from coffee orders to Dominic Fike collabs; go deeper into his new single “death wish” and pull back the curtain on his personal role model and the person who launched him into the industry, Mac Miller.

‘death wish’ is OUT NOW!