There is a lot more than sticks out about Nashville singer/songwriter Morgxn than the x in his name. His soaring vocals, chill beats, and dynamic stage presence brings to mind comparisons to Jack Garrett, SOHN and Asgeir. With over 2 million YouTube views of his hit single “Home” Morgxn has quickly become one of the world’s most buzz worthy acts. And of the back of that he’s recently released his debut album vital.

This weekend, Morgxn makes his Lollapalooza debut and he sat down with Nathan McVay and the AU to talk about the biggest festival he has ever played and how he’s trying to treat it like any other show. And talk about his show with Carly Rae Jepsen and find out if he has any plans to get down to Australia!

Nathan: This is your first time attending Lollapalooza as a performer, have you ever attended as a fan? 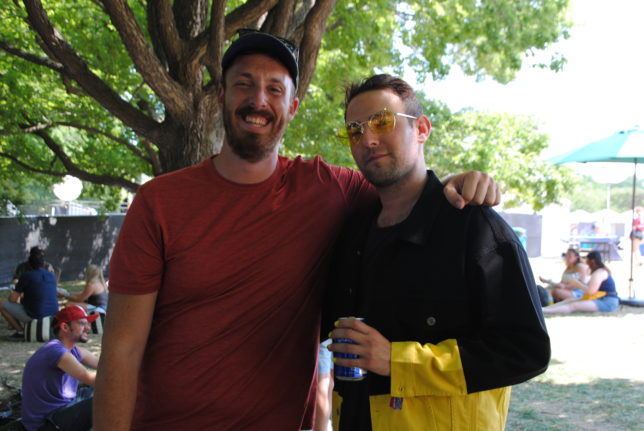 Lollapalooza is viewed as one of the biggest festivals in the United States and pretty much the world. Does that bring any extra pressure?

I try not to blow things up in my head. It’s best to think of all shows and stages as one. It’s better for me to view it as one more chance for me to share something. The stakes and the pressure is more of something for someone else to think about.

Can you describe what it feels like to know you play Lolla today?

I feel a major amount of emotions attached to being able to play Lollapalooza. I just put out my first major album last month and this stage and this moment and this time and this ability to share music feels incredibly special and emotional for me.

Do you feel you have to bring anything different to a festival show with a crowd that is so new to you?

Umm…. I really try to play my heart out everywhere I go. You know, that’s what I am here to do.

What are you expecting to feel when that moment comes and you are stepping foot on a Lollapalooza stage?

I think the main goal is to get through the whole set without crying. It’s going to be impossible for me.

Last night you had a Lollapalooza aftershow opening up for Carly Rae Jepsen, how was that experience?

Carly Rae Jepsen has incredible fans. The whole place was packed from the moment I started. It can be daunting going into someone else’s crowd but by the end of it I felt like we were one big family.

You have been here since Thursday, how has the weekend been?

It’s honestly been a beautiful whirlwind. I don’t know how to describe it. I’m floating through an incredible experience.

When you look at the lineup and you see names like Jack White, The Weeknd and more do you get taken aback knowing you are on the same bill as them?

A few years ago I would have thought like that. But to me I just don’t believe in hierarchy, I believe in love. I look at this lineup and I am inspired by so many people on it and I’m honoured to be a part of this festival.

What’s your main goal for your Lolla set?

I think it is to heal people and give them hope and share and connect.

Do you have any plans to get down to Australia?

I really want to get down to that part of the world. I hope to be performing in Australia very soon! Oh and I know they’re from New Zealand, but The Naked and Famous are on my new album. A track called “alone/forever”. Check it out!