Interview: Hollie Col on Julia Stevens, creating the videos and her favourite podcast 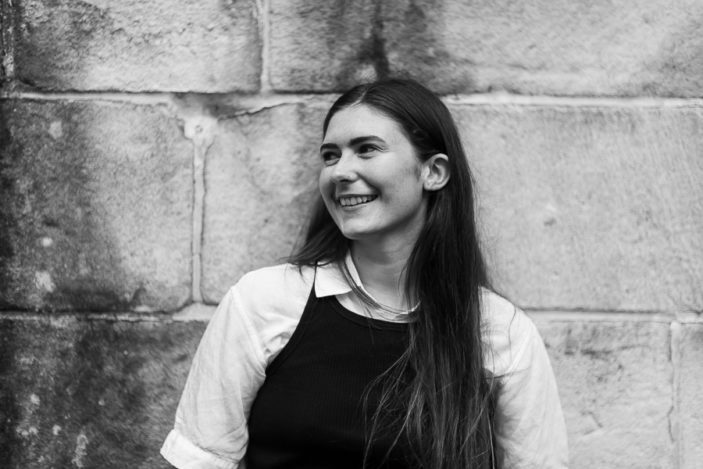 Hollie Col has been teasing out singles and videos from her fabulous EP, Julia Stevens, for a number of months now, and the wait is finally over, for the release of the EP, and the conclusion to the passion-filled story about the fictional character.

The EP was produced and co-written by Hollie and Dylan Nash (Gretta Ray, Dean Lewis) and has been anchored by a series of quality videos that have vividly captured the Julia Stevens love story.

I caught up with Hollie just before the EP was released to chat about its creation, unearthing just who Julia Stevens is, the filming of the videos and why she loves Taylor Swift‘s music so much.

Do watch the videos, they are on her YouTube channel – they deserve a massive audience. And do listen to the EP, it’s beautiful and heartwarming.

Hey Hollie, congrats on Julia Stevens, you must be excited to get that out.

Thanks very much. Very excited. It’s been a long time coming. It feels surreal to be on the last few days before it’s out

So – who is Julia Stevens?

Ha ha – the ultimate question. Well, Julia Stevens is a character. But she is real to me because she is an amalgamation of every experience and love I’ve had. Every song of the EP details a different part of a relationship, all from different scenarios and situations.

When I put them on the EP, it felt like they could detail one relationship. I wanted to tie it into one story, so making Julia Stevens was a fictional representation of the experiences in love put into one person in one story.

It is great – I loved the videos – you got me hooked on the story. The first video I saw was when you dropped Julia off at her house. She asked you in, and I was shouting out ‘Go in go in’

It’s funny, a lot of people were commenting, and angry with me that I didn’t do something, but if I gave in that easily, there wouldn’t be that much more to the story!

Was it fun dreaming up the whole persona?

So much fun – yeah – I could just live in a different world for a second.

Did it bring back good memories, bad memories?

Yeah – a bit of both…. (laughs). I really love making music and I really love creating the whole world visually. It’s a second passion of mine, to create stories like that. 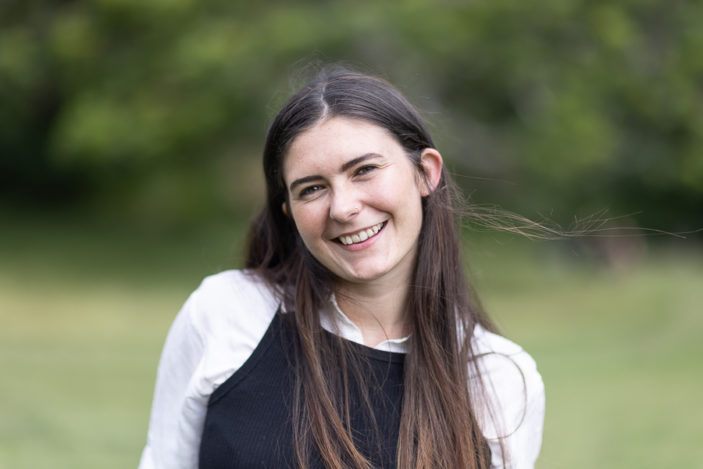 You can see you’ve done that well. People have engaged strongly with the story. Seeing your socials, your audience has been desperately hanging on for the next chapter.

Yeah- they are all hoping for a good ending. We will see!

I think it is resonating so well because it does mirror what many of your generation goes through. The pull of career versus relationship, the flush of first love and the confusion that brings,

Yeah – it is a big pull. There’s a friction, because as you say people are very career-driven, making decisions for themselves and what’s best for themselves, but when it comes to falling in love with someone, and that life not aligning with what you want to do individually. Where is the compromise? Should you have to compromise at all? Choosing your career – does that mean you don’t love that person enough? If you choose to love someone are you sacrificing too much of yourself? I think it’s something that happens a lot.

So are you an optimist when it comes to love?

I think I am, in a way. I know that love is very hard. I’m a big believer that love is a choice. You have to choose to keep choosing that person because it can be easy to be tempted or distracted. As much as it is a feeling, it’s also a doing word in my opinion. You have to actively choose to support someone and be there for them.

Your job takes you all over the place, so it probably takes a greater commitment

Yes exactly, maybe that’s why I feel so strongly about it because I realise that in the career I’ve chosen, that firstly any partner that I’m with, she is sacrificing because I’m going to be away and doing something that takes a lot out of me. So I need to be so supportive of her, which I think I am!. I feel lucky in the relationship I’m in now in that she is very aware of what it takes from me to be successful, and she wants me to be happy in life, which means doing this stuff as well. Support and choosing each other when it gets hard is important.

I think a lot of people are going to get something out of these songs. Do you find yourself finding songs to match your emotions?

Yes – big time – I’m a massive lyrics song. I’m drawn to most songs I like because of the lyrics. The melody too of course, but if I can’t connect to the lyrics…. Even if it’s not something I’m going through right now, but it’s a feeling that I appreciate or a story that resonates in some way, then they are the songs that I gravitate to the most.

I believe you are a big Taylor Swift fan .. What is about her that you love in particular?

The lyrics, the songwriting. She jumps genres constantly and I think what makes her so incredible for so many people, no matter what genre she is creating in, it’s because they can connect with her and her lyrics. I think her lyrics are incredible and her storytelling is incredible. I love narrative driven songs, and I think she is the queen of doing that.

That’s tough – I would obviously say Red, I have a tattoo of Red. And just as equally Evermore, her latest one.

And if you got to meet Taylor, how would you go?

You know what, I actually think about this more than I should. I don’t know if I would want to. I have a big complex that if I met a celebrity I’d just want to talk to them like a normal person. I’d be happy not meeting her, but if I did meet her, I’d want to be super normal, casual, not too fan-girly. I just want to hear from her as a person, rather than talking at her, asking for a photo and leave.

You need a touchstone don’t you

Yes – exactly. I’ll work on what that could be

You make videos and stories which perhaps ten years ago, would have drawn attention because they are same-sex romances. Now, they don’t draw the same attention, but is part of your motivation to make stories that you wish were around during your formative years?

Definitely. When I was growing up I don’t think there was anyone that was in a same-sex relationship that made same-sex art or music that I could resonate with at all. I know that if I had that when I was growing up, how different an experience it would have been. I’m very aware of that when I’m making things. I want to be super authentic and create things that are real, and can resonate with people in the same community as me. I think the world should reflect the people in it, and I’m super glad that it’s starting to.

Yeah – it’s great that now people don’t bat an eyelid. You’ve been writing and producing with Dylan Nash for some time now – you must work well together

Yes, I really loved his stuff. I listened to a few songs that he produced, and I really wanted to work with him. I only got to spend a short amount of time with him, as he is over in London now, but we clicked really well from the start. We had the same idea about where we wanted the songs to go, so it was an effortless relationship. The way they turned out, I’m so happy. I couldn’t have thought with any other way they should have gone.

The videos looked like a heap of fun to create.

So much fun – so much stress.

You got that ‘90s aesthetic down.

It was stressful especially as I didn’t have a team with me, apart from the videographer and my girlfriend to help, and someone doing sound when necessary. It was me writing, producing, and editing the whole thing, which was a bigger project than I anticipated when I first took it on. It was such a whirlwind experience. It almost feels like the end of high school now that they are all done.

When I pressed upload on the last video, it was such a relieving odd feeling to be done. A lot of work, but fun. I’m so glad I’ve got them to look back on.

They were great – I was so engaged in the story! You don’t always expect the musicians to jump the fence and be good actors, but in this case, you nailed it! You and Tal Hymans in particular. She was a gun

Yeah – she was a lot of fun. A ball of excitement.

I bet you are looking forward to playing these live?

So excited – I got a small taste of it when I played with Sons of the East recently, but I haven’t played the full EP at any show yet. I’ve got an EP tour booked and looking forward to that. (details below)

We’re doing the East Coast, including Adelaide and Perth. With a full band which will be good fun.

We’re trying to get back there this year. They’ve been cancelled, but we are hoping to get there.

What do you do when you’ve not doing music?

Play with my cats, who I adore. To be honest for the last year, it’s been creating this EP. When I do have free time, all I want to do is watch YouTube videos, play out in the sun in the back yard, and right now, I’m binge-watching The L Word – Generation Q.

What are you listening to?

Some Bleaches, TS, Lizzie McAlpine, Finneas, Ashe, Carla Wehbe. The Lumineers who are a staple, and Taylor of course.

And a lot of podcasts!

Yes! How did you know – do I give off that vibe?

There’s a podcast called My Favourite Murder, which is by two Americans who are comedians. It’s a murder/comedy podcast. They tread the line well. It’s funny and interesting. That’s my go-to podcast.

So – you shot your video in Menangle. Where did you find the Kingswood?

I was trolling Facebook Classic Cars, and was desperately trying to find one. Fortunately I was able to find one which someone was willing to lend it to me for those days.

So – are we going to see any more Julia?

Yep. It’s a shame – I got attached to the love story.

You could have an off-shoot. You could focus on the girlfriend who didn’t want her to go to New York?

True – but will everyone hate her from the start?

Thanks for your time, and good luck with the launch and the tour.. 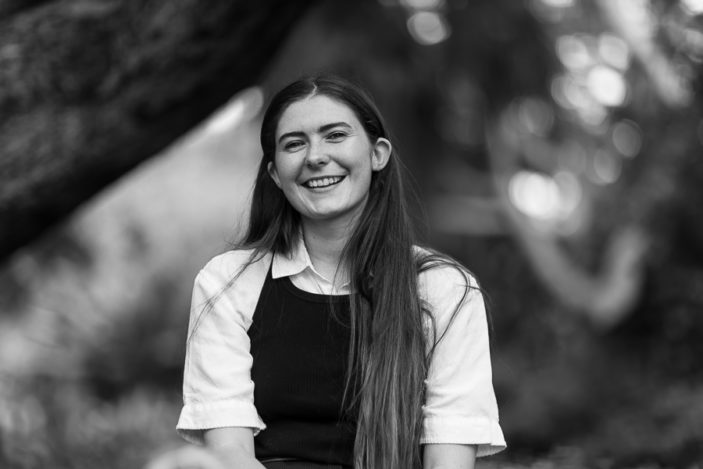