We caught up with Harrison Storm during his sound-check at The Vanguard prior to the last gig on his national tour. For those of you not familiar with him, Harrison is a folk singer hailing from the Mornington Peninsular in Victoria and has just released his new EP, Falling Down.

Hey Harrison, thanks for your time. So, the tour is going well?

The tour is going very well thanks. This is the fifth show of five of the Australian run and it’s been really lovely, compared to the last tour. We are building numbers-wise. The characteristic of the crowds are changing a little bit; people are coming to listen, which is perfect for my type of music.

I’ve been having some really honest and lovely chats with people afterwards, which for me is the icing on the cake. I love that

It looks like they have been pretty much sold out.

Yeah – almost all of them

That’s awesome, on the back of your EP which has just come out

Yeah – my latest EP Falling down which has just come out a couple of weeks ago. 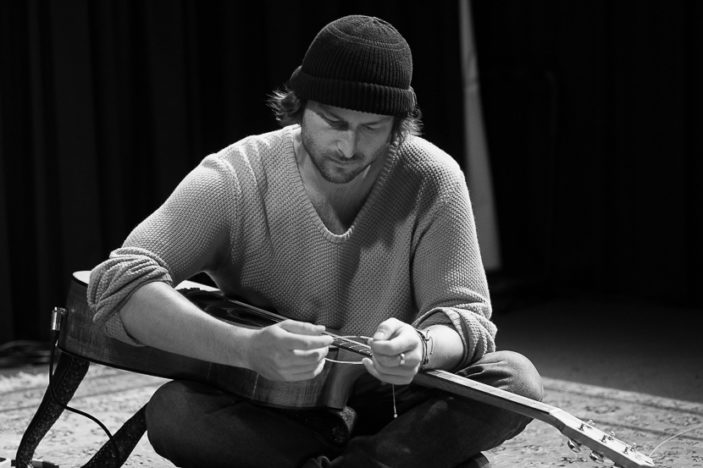 Thanks very much, it’s kind of a strange mashup of songs in terms of where they have been recorded, the meanings behind them all, there’s no real theme or anything like that.

They are all from the heart they look like

Exactly, I feel like this EP especially is every song I can remember where I started it all or where I have the inspiration to write it and that doesn’t happen too often with songs by me. I feel I am more connected with the songs. 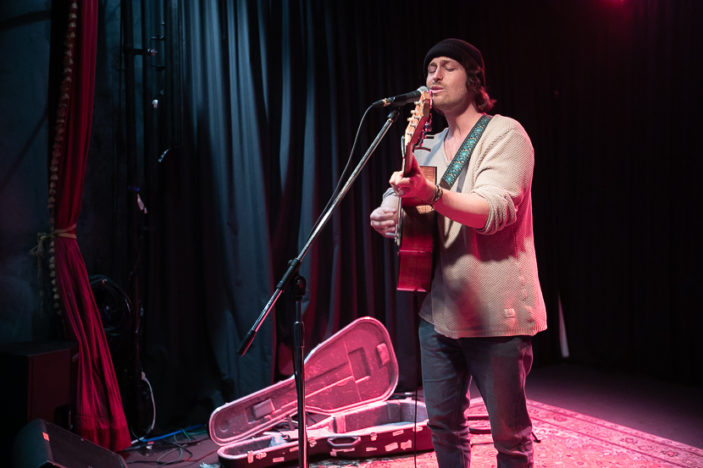 Falling Down, the lead track for the EP sounds like it was the end of a relationship.

So – is it easier to write songs when you are going through trauma,

Yeah – I think that’s when I tend to write, when I’m feeling good and happy I’m out and about doing things, and when I’m not then I’m the opposite of that, I’m with my guitar trying to understand it.

Yeah – for sure! And this EP is a collection of that especially Falling Down it’s the bottom of the bottom of a long-distance relationship.

And we’ve got 3 versions of it!

You’re about to embark on a massive tour overseas?

Yeah – it starts off with five shows with the Paper Kites in North America,  who are one of my favourite bands – I’m very excited about that, and then 18 shows across Europe and the UK which is my first headline tour over there, so it’s going to be a little bit scary, but mainly exciting. I’m bringing a Sydney based artist Hollie Col with me – she’s fantastic and we get along really well so it’s going to be fun to spend 3 or 4 weeks with her. 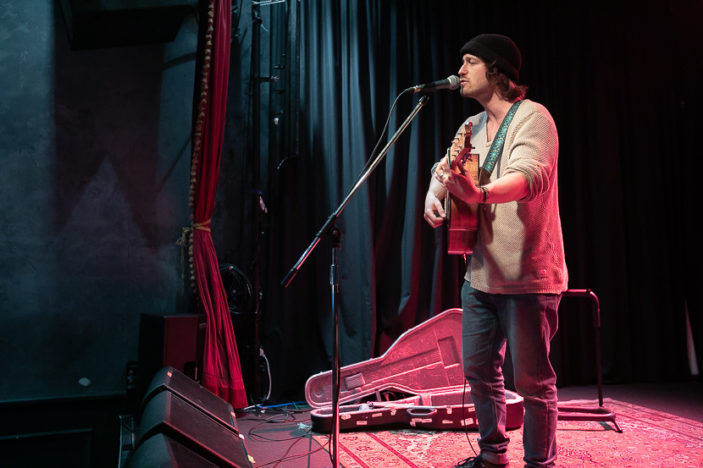 You’re all over – Germany, Belgium, England, Ireland, Netherlands – how did you pick your places to go to?

Over the last couple of years I’ve done two solid support tours, and we are revisiting places we’ve been to before, and there are a few new places we haven’t been to before, so we are retracing some steps from before

If there’s one place you could play where would that be?

That’s a good question. I think it’s not really part of the game plan, and for artists in my genre visiting a lot of the Asian countries. I have some family living in Japan, I’d love to play there and see how they receive folk music generally. It would be interesting to see how it goes.

What’s next after this tour?

I’ve got a bunch of songs done, some more writing, demoing some of them and aim for an album next year. 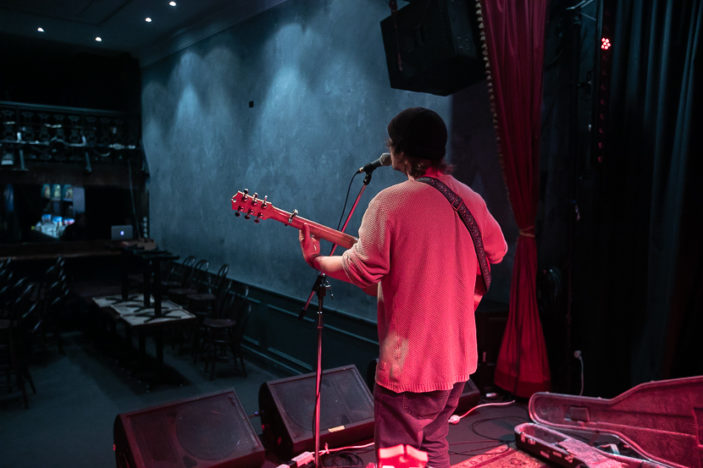 I saw that you are getting some airplay in the UK.

Yeah – BBC2 are playing “Falling Down” which I never thought would happen which is amazing. It’s a slow and steady build, which is a nice way to do things, from the artists I have supported recently, there a few which have had a lot of radio play early on. The more heartfelt conversations I’ve had with artists who have been doing this a long time have advised to just pace it out, keep working hard and that’s something I take on board at the moment. It’s a nice way to progress.

You can find the dates and tickets for his European tour on his website.