Interview: Gretta Ray on Begin To Look Around, music departments and London. 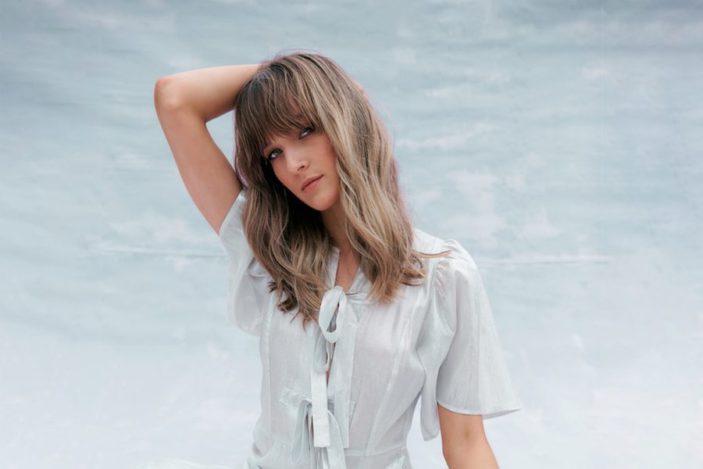 Australia was introduced to Gretta Ray when she was in her final year of high school, singing with her guitar at assembly as triple j breakfast hosts Matt Okine and Alex Dyson crowned her the winner of their Unearthed High competition in 2016. Her single “Drive” went on to gain nation-wide popularity, with the song currently sitting at an impressive 13.5 million Spotify streams.

But since even before that moment, Gretta has been chipping away at her extensive debut album, Begin To Look Around.

“I’ve been wanting to make an album like pretty much my whole life. Like, I mean, singing was kind of the only thing that I was really ever interested in to this extent. And then when I started writing songs, I definitely… I kind of feel like I started thinking about writing an album pretty much immediately. And then I would write draft little track lists and sketch the record in  the back of the car,” she said.

“Like, it was all just like a fictional imaginary land. And then over time I just became so obsessed with that hobby in my life that it became my job. So yeah, this is a big time and it feels like the weirdest time possible to like actually put something like this out into the world, but you know, I’m still excited.”

If you listen closely across the carefully curated track list, the Melbourne-based artist will take you on a trip around the world, from Philadelphia to Paris to the Amalfi Coast. Gretta samples voice recordings from her days of travelling back and forth to what feels like her second home in London and the adventures around it, including a few hidden treats for her listeners which she let us in on.

“On ‘Worldly-wise’, there’s this voice memo at the end. My girlfriends and I were on the Amalfi Coast and my girlfriends are talking to a local in Italian, like you can only really faintly hear it, but just like, we’re on the beach and yeah,” she said.

We sat down to talk more in depth about the milestone that’s been years in the making, from her school’s music department, to her parents listening to her deeply personal songs, London’s place in her heart and what she’d say to her 2016 self now she’s released her debut album.

Begin To Look Around is OUT NOW.