Interview: Caiti Baker on returning to her R&B roots as her “Mellow” video drops 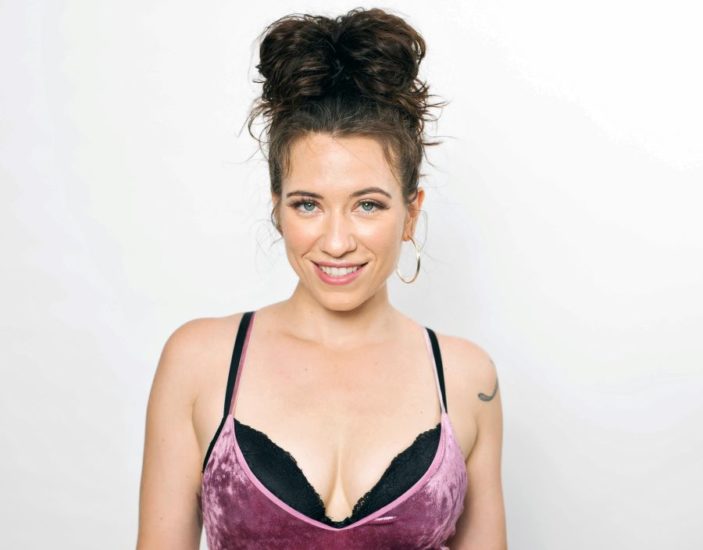 Darwin shape-shifting, genre-bending singer/songwriter Caiti Baker has today released the video for her recent release, “Mellow”. It’s a return to her first love, R&B and is a beautifully confident celebration of empowerment and sass. It’s sensual, it’s loving and it’ll get you up off your chair, throwing some shapes. Watch it on repeat. The video features Caiti, and twenty other Darwin creatives. Some of them are from her record label, Settle Down Records.

“Mellow” is the first track off an album due to be released in 2022. This will be the follow-up to her concept album, Mary of the North, which was released in 2020. It is a return to her R&B roots, first seen on her previous incarnation, Sietta, Caiti’s electro-soul duo with James Mangohig (Kuya James). James also co-produced this track, alongside Sydney hip-hop artist and producer Papertoy.

I had a chat with Caiti early this week, to talk about her return to her R&B roots, creating the video with her Darwin soul mates, and touring next year with Jessica Mauboy.

It’s gorgeous, we had a very weird dry season, rain which we shouldn’t be having. I guess that’s a reflection of the global climate these days.

It must be nice to be there in a Covid free environment.

I’m not going to lie – it’s wonderful. You’re in Sydney, aren’t you?

How’s lockdown for you?

It sucks ! We’re towards the end of month 3 now. But we’re glad that some people aren’t in this situation

That’s good to hear. We definitely feel elements of survivors guilt at times that creeps in. It feels awful that a lot of our friends and family are locked down. We’d change it if we could

Nah – make the most of it I say

Ok – we are doing that. I’m taking advantage. There’s this overarching sense that it could all end tomorrow, so it’s interesting. Fingers crossed that we don’t go into another lockdown. The government is doing a good job of screening at the moment. At some point, well, it can’t remain this way forever.

Let’s talk about “Mellow” – it’s got those classic 90’s R&B vibes to it, it’s confident, sassy, sexy, it’s empowering. It’s all those things.

Yep – it’s all those. As a child of the 90s, I’m very glad that stylistically, it’s making a return in some ways. I’ve always wanted to make this music. It’s evident in Sietta’s first couple of releases. It’s the direction I’ve always wanted to go. It’s nice to be able to have that freedom.

And you’ve got the video coming out on Friday? I spied some of your Settle Down sisters on there! Stevie Jean, Serina Pech and Phoebe Olivia.

And Lena Kellie is another one. We’re working on her record at the moment. She’s very camera shy so only pops up for a couple of shots. Emcille Wills who is a phenomenal singer/songwriter and rapper and performer is there as well. She is the president of the Filipino Association here in the NT

I expect you had a fun time filming….

Yes – it was a fun six hours. Not a lot needed to go into it. Everyone rocked up, did their hair and makeup. I work closely with Tomm Lydiard from the Darwin Entertainment Centre as well as the film-makers Minh Thang and Jacob Hazeldine, smashed some lights and textures out onto the stage, and played the song at full bore, and had a lot of fun. That was pretty much it.

You didn’t spend weeks learning the moves then….

No – I’m terrible at choreography, I’m getting better, but I sent out the song to a couple of my mates who do choreography a couple of months beforehand, and they helped out. It came together really nicely.

It harks back to my love of Hype Williams of the 90s, colour-popping, jacked-up dance shots. No real narrative going on.

So Kuya James and Papertoy producing the track?

Papertoy and James were the producers. I executive produced the entire album, so I had way more opinions about where things sat. I had arrangement ideas. I wrote “Mellow” about 2 years ago. It was written at the same time as I wrote the Lady of the North album, but knew it wasn’t for that obviously. I kept it shelved until the collaboration with Papertoy started up, and he got it moving. And then once it was done we sent it to Cam Parker to finish it off. I’m very meticulous about sonics, so we had lots of great conversations in detail about what I hear. It was a great team.

When’s the album coming out?

It’s evident that your Settle Down team are an inspiring, supportive group of creatives?

Yes, I think so. It’s been lovely to have the freedoms that we do have here. On beautiful Larrakia land, with these beautiful people. The Darwin Street Festival closes this Friday night, and there will be a bunch of artists from the label and surrounding communities that will be performing. I think there is an overarching sense of gratitude in the scene knowing what it could be like. We are grateful it’s not like the rest of the country, so we are taking advantage of that as best as possible.

I see you are supporting Jess Mauboy next year – that’s exciting?

So exciting – it still hasn’t sunk in. I don’t think it will till it kicks off. I’m extremely excited. I love Jess – she’s one of my favourite performers and vocalists in the country.

Blues, soul and big band I was raised on, it’s my roots, but my passion from my formative years is the R&B, neo Soul and hip hop. I’m excited about touring with just a DJ and having that club energy. It’s going to be a lot of fun, more dance-focused.

I miss touring greatly and I can’t wait to do it again, but I’m grateful for the time I’ve had with the community which has helped me create.

Thanks for your time Caiti, and good luck with “Mellow” and keep enjoying your freedoms!