Interview: Briggs on Always Was, pub trivia, and The Simpsons 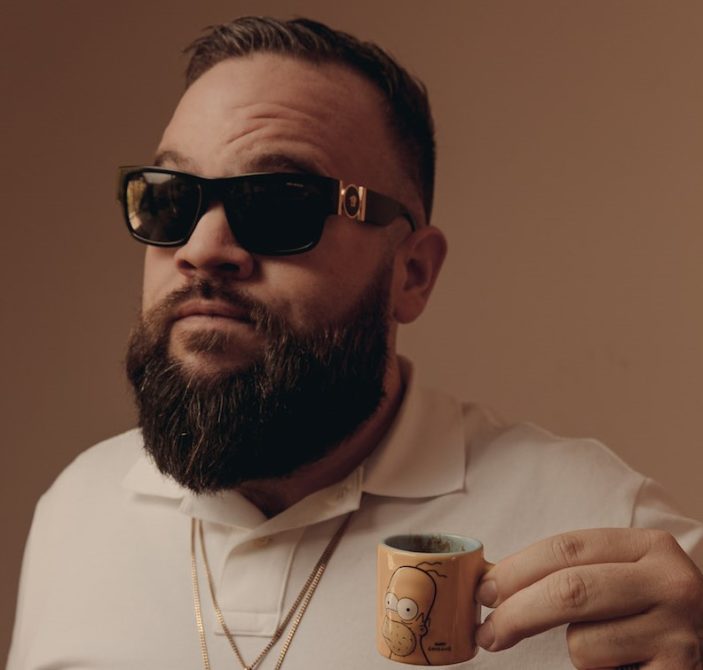 Briggs, or Senator Briggs as he’s referred to as, has been charging through this year churning out project after project like the world was never in disarray.

On top of his huge collaboration with Tim Minchin on “HouseFyre”, Briggs has also penned a children’s book and is gearing up to release his first body of work since 2014: his latest EP, Always Was.

We managed to nab a moment out of his non-stop schedule to chat about the release, his affinity with The Simpsons and working with their creator Matt Groening, as well as his winning streak at pub trivia. Game on.

Senator Briggs, how are you? Where are you right now?

I’m in Sydney. I’m in the inner West, near Leichhardt.  I’ve only been here for a few months, just before lockdown.

Why was it a quick escape to Sydney? Were in Victoria before that?

I’ve been up here heaps, I was working. It wasn’t so much a quick escape, I got up here end of … Or start of Feb. And then it was start of March, lockdown.

Yeah, for real. Where else am I going to go? Can’t go home.

Yeah, exactly. I’m based in Sydney and my family’s all in Queensland and those borders are all shut, so I can’t go home either. We’re all just stuck in Sydney, homeless.

So where are you in Sydney?

Oh you’re round the corner. I go to The Chippo for every pub trivia every Monday.

You go there every Monday?

Oh my god. You know I live a block away from that and I’ve never been to that trivia but I’ve always been meaning to go.

Well don’t bother because I win it every Monday. I’m the three-time trivia champ [now four].

All right, next Monday I’m going to come along, bring absolute game and we’ll have a go at it.

Threepeat, I’ve already got the “threepeat”, and now I’m going for the double back to back.

Stop it, really? They have a good prize pool there too. It’s like 200 bucks cash or something, right?

What’s your forte in trivia?

Everything. Just weird shit. It’s just random trivia, like pop culture questions mostly. It’s all good because I’ve already done the threepeat, so the world is mine.

Okay, I’ll try not to knock you off the throne then… Senator Briggs said and his word is oath.

Do your best, I’m repping it.

Dude, congrats on your EP, Always Was. You’ve got “always was and always will be” tattooed on your knuckles, right?

On my hands, yeah.

When did you get those done?

Oh Jesus. In the olden days. I can’t even … The longest time.

The Yorta Yorta on my arm.

Yeah, I’ve seen that. How old were you when you got that? That’s a pretty big tattoo.

Did you always know that you were going to build a collection? Or was it kind of like “I’ll just get this one off one”?

Nah, I was just like … All my mates I had were tattoo artists so they were just drawing on me.

Let’s talk about 2020 for you, because you haven’t been slowing down. Are you quite a restless person? You seem to have done a lot considering this year.

I don’t really slow down, it’s not really part of my M.O.

You’re more than a rapper now. You’re a TV screenwriter, you’re reaching all new audiences with the children’s book, a TV presenter, a record label founder. Is there an area that you’ve been wanting to dabble in that you haven’t yet?

What genre are we talking?

I don’t know. I’m hoping that it would be a little bit Jordan Peele maybe. I guess would be the comparison. I don’t know, I’m working on a little something now, it’s super early in development. I want to do a feature film because I grew up loving movies. If I can just remake Commando, I’d be super happy, but you can’t really do that at the moment. No-one’s really paying for that.

I can see you doing some sort of dramedy, like a drama comedy sort of thing. I watched you do an interview the other day, and it had this one line that really hit home for me. You said, “When white people drink in the park it’s a picnic, when black people drink in the park it’s a problem.” It’s those witty things that are very introspective as well that make people go “That’s funny, oh wait no, that’s really serious.” I feel like that would be an overarching theme of your feature film.

Is that something you actively sit down and think about or are these things that pop into your head like shower thoughts?

They just pop into my head. I talk about it quite often, I’ve spoke about how my management would delete racist comments off my Instagram, or off anything, off any of my socials really. There was a bunch of racists on there. It wasn’t for me, so it didn’t really bother me. It was for everybody else. For all the kids. I said this analogy the other day, to me the racist comments is like … If you get a glass from the cupboard and you accidentally drop it and smash it, it’s not a big deal. It’s annoying but it’s no big deal. If a kid comes in with no shoes on, then it becomes a problem. You know what I mean?

I did want to talk to you about one of your pursuits that you’ve achieved: writing on Netflix’s Disenchantment, because obviously you’re a massive Matt Groening fan. You’ve got a Krusty the Clown tattoo, you had a Bart Simpson cake for your tenth birthday. You’re definitely a fan.

How did that opportunity to write for that show come about?

It really came about from Twitter. I know how infuriating that is, Twitter. I met one of the executive producers for the show on Twitter because I was following a lot of Simpsons writers, he wrote my favourite joke.

What was the joke?

“So we’re having S-E-X in front of the C-H-I-L-D-R-E-N. Sex cauldron? Thought they closed that place down.”

Oh man… Okay, so how did you get noticed by him?

I think he just liked my music. That’s where it really started.

And then after that you had a dialogue and they were like let’s fly you to the States?

Had they seen any of your other writing credits before?

Yeah, I sent him some of my Black Comedy stuff. It was really innocuous, you know? It wasn’t a big thing, it wasn’t a big moment.

Like the NBA of comedy. It was Josh Weinstein, David X. Cohen who created Futurama with Matt, Bill Oakley who wrote the steamed hams gag [in The Simpsons].

Nah, it’s fucking funny man, writers rooms are very quiet a lot of the times. There’s not a lot of jokes, and a whole lot of faces in hands. It’s awesome, it’s the best job in the world, for real.

Are you planning to do more of that?

Yeah, for sure. I’ll be on the next season.

Oh sick. Hopefully you can get back over there, or they can just call you in.

Oh man, I wish I could go back but I’m happy in the safety of my house.

Before I let you go I want to loop back to your EP. It sounds like you’re pretty good at just getting into the studio, cooking up some gems, then getting out pretty quickly. Is recording a pretty straightforward process for you?

Yeah, it really is.

Do you come in with pre-written bars or do you just get in there, hear the beat and spit over it?

Is that kind of stressful? As you’re on the way to the studio you’re like, “Fuck, I hope I actually come up with something good today.” Because you’d have to turn it on.

Is there a track that’s most special to you on the EP?

I really like “Good Morning”, because it was the last track we did in LA. That was the last night, that was like the clutch shot.

So listening back to that one, is that just because it’s intrinsically tied with those memories of that last night?

It kind of ties into everything that… Because the track’s about working hard, and the idea is it’s ironic because it’s like “Good morning” but you haven’t been to bed. So it’s about just the work ethic. That’s what it’s all about, not sleeping and working hard. And I think a lot of people could relate to that, if you work in a studio, or you’re a labourer or you work in an office or something, everyone’s reality is relative to them and their experience. I think a lot of people can relate.

I agree, I definitely relate to that sentiment, sleepless nights. Okay, final question. You’ve said in the past that success begets success. You’re quite a champion of up and coming artists. Is there anyone that’s on your radar we might not have heard about that we should be excited for?

Everyone should have heard of Barkaa.

I’m going to check them out then. All right, Senator Briggs, it’s been wonderful, hopefully I’ll catch you at the Chippo trivia night one week.

And bring on the absolute game.

See you in hell from heaven.

Briggs’ Always Was is out August 21st through Island Records. Pre-save it here!

Want to see what else Briggs is up to? Stay up to date here.