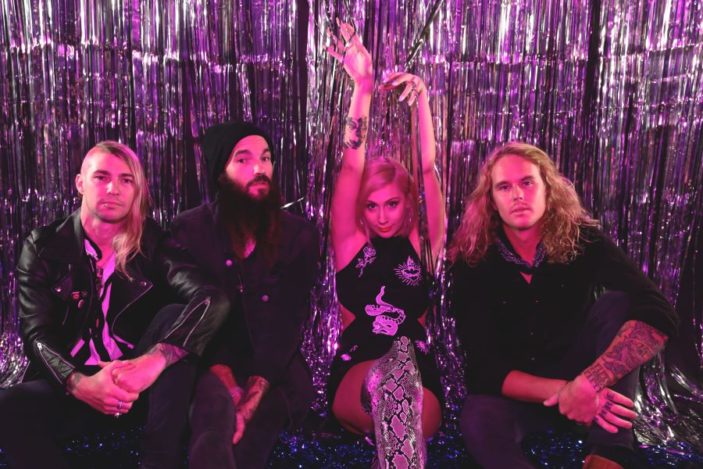 Brisbane rockers Smoking Martha recently released the high-octane “Liquid Sunshine”. With heavy riffs and the smoky powerful vocals of Natasha Doherty, it’s another confident step forward for the quartet that have been making waves in the Sunshine State.

Featuring blistering guitars and pounding drums, the vocals keep this fast-moving amped-up ball of energy in its lane. “Smoking Martha” is a taster of what’s to come on an upcoming record and was produced by Matt Bartlem and Luke Palmer at Studio Circuit.

The band described “Liquid Sunshine” as “‘.. the love of the sea, the sun and the memories of young love over an endless summer!!”. With summer just around the corner, it’s perfect timing.

The video clip gives an insight into the energy of the quartet. I for one, can’t wait to see these guys live (if the borders ever open again!). The clip was filmed by Tyson Lloyd on the Gold Coast./

To celebrate the release of the track, and as a tip of the hat to some of the blistering rock and roll that has come before them, the band has put together a playlist of rock classics that have inspired them. Blondie, The Rolling Stones, Led Zeppelin, Divinyls and more – you can’t go wrong.

Make sure you turn up the volume for this one.

We’ve covered this one acoustically a few times and it’s a vibe!

The raw wildness of the vocals and music

Led Zeppelin “When the Levee Breaks”

The 70s influence where anything goes!