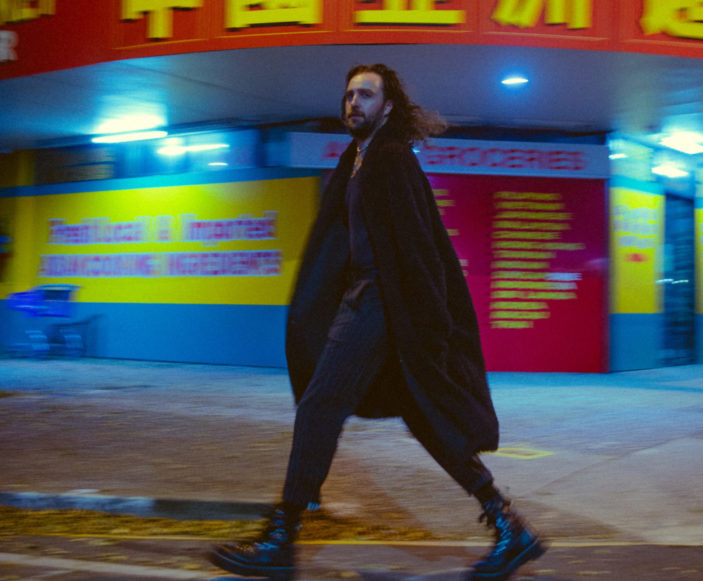 This week saw Boo Seeka finally release his long awaited second album, Between The Head & The Heart. The album saw him working alongside producer Matt Bartlem, with creative input from Jay Bainbridge, Luke Palmer, Ian Peres and impending tour mate Hayden James. The result is an album that is rich in creativity, with Boo exploring and experimenting with genre and style conventions. It’s also quite a personal and introspective release:

“My album, Between The Head and the Heart, is twelve separate messages that I wrote throughout the COVID period. I really needed to do this for myself, and it has undoubtedly helped me get through the last 12 months. I never want to give away the exact message or meaning of why I wrote a song, firstly, because some things are incredibly specific and personal, but mainly, I love the idea of a listener creating their own meaning to the track. That’s the most important thing about art and music to me.”

It’s also an album that saw the electro-pop artist embracing some of his influences and listening to music during the creative process. So, it makes sense then, that to celebrate the album’s release Boo Seeka has crafted a playlist for us of his top ten most played tracks. So hit play, read on, and see if you can hear hints of any of those ten songs on the new album.

Parachutes will be forever be one of my favourite albums of all time. There’s something about “Don’t Panic” being the first song that always puts me in a sense of calmness. I probably put this record on at least once a week if not more. It has definitely influenced me in a lot of ways when it comes to writing songs.

I remember the first time I heard her voice and was instantly in love. Her melodies always put me in a complete trance and find it very hard to concentrate on anything else but her voice and her crazy lyrics. This song is honestly a complete masterpiece in my eyes.

This is my road trip song. The first time I got this record I was heading on a surf trip with my mates and became the soundtrack of the holiday. This song was always played when the boards were put down and the wines started flowing. It’s a full celebration earworm that fills my soul every time I hear it.

This song is one of my most favourite childhood memories. My mother would play this track over and over again. It is a timeless piece of art. No matter where you hear it, it always gives me the same feeling the first time I heard it. It’s just one of those amazing classics that will never get old for me

And, this is one of my other childhood memories. My dad would play this every weekend and now it has become my household weekend morning song. This is also one track I go back to a lot, on a musical level, when it comes to being inspired for harmonies when you want everything to sound like summer.

There are two songs that were a minor part in shaping the direction of Boo Seeka and this is one of them. Every time I hear this it takes me back to Kim Churchill and I in Manly together talking about my next chapter in life when my first band parted ways, and I was so confused about what I was going to do.

I don’t think I’m the first person to say that they are heavily influenced by this track. Everything seems so simple and not much to it, but when you break it down it is amazing how much thought has gone into it.

And this is track number two that was a massive part of my Boo Seeka direction at the very start. To be honest, it’s hard to pick my favourite track off this album but once again I think it’s because it’s the first one on it and takes me back to a place where everything was moving forward for me in a whole new direction.

This song is down right amazing. Her voice is just so captivating in this song and can’t wait to show it to everyone that asks me for new music. Nine times and out ten they all get hooked straight away. She would definitely be an artist I would love to collaborate with in the future if there was ever a chance. Her melodies make me smile so much, yet I feel there is so much emotion under every lyric she sings

Arctic Monkeys – “Do I Wanna Know?”

Again, this is a very hard choice when it comes to this band. But, seriously this song blew my mind the first time I heard it. It’s just perfect in every sense to me. Massive hooks, great guitar riff and super moving drum beat. What else could you possibly want? This song is something that had ‘hit’ written all over it from the very start and wish I could have been there to watch it all unfold.

This song is definitely on the darker side but gives me all the feels and I find myself going back to it at least once a day if I have time to listen to some music. Again, I feel he is an artist not a lot of people know about and love to show them. I’m just a sucker for a powerful chorus and amazing hooks. Songs like these always show me you don’t need hundreds of layers when it comes to writing songs. Sometimes a guitar and and vocal will hit harder than a million things making different sounds.

Boo Seeka’s sophomore album Between The Head & The Heart is out now. Add it to your collection HERE. You can keep up to date with Boo Seeka via Facebook and Instagram.