With the loss of Robert Crumb to theoretical assassins, the highlight of the Sydney GRAPHIC Festival inarguably belonged to Gotye, and his hyped ‘animated album preview’ for Making Mirrors. Though in our books, this was always the highlight of the weekend. Playing to two sold out Sydney Opera House crowds, it’s clear that Gotye has reached a new level of popularity amongst the Australian public – of whom a fascinating cross section were represented tonight.

Children brought their Grandparents (or vice versa), Baby Boomers went by the “if Sydney Opera House shows it, I shall come” rule, Triple J fans were in force, and I happened to be sitting next to a couple of bogans who didn’t seem to understand that the Opera House wasn’t a pub – leaving to get drinks every 5 minutes and talking through the performance. Clearly they didn’t get the memo. As irritating as that was to have been placed against, it did little to take away from the beauty of the performance… and ultimately it was just fascinating that they were there to begin with.

The night opened up with a support act, of sorts – a five piece instrumental ensemble performing a live score to the animated (CGI) short The Lost Thing, which was narrated by Tim Minchin. The ensemble featured a 110 year old violin, a guitar, some xylophone, a viola, clarinet, percussion and more – showing it doesn’t take all that many people (or, in this case, an orchestra) to create a rich, orchestral soundtrack. The score was reminiscent of the Six Feet Under theme, and suited the film well – which, like most animated films had a very simple premisce, which you’ll usually find in the title, here: finding a home for something lost. What was lost was a bizarre, imaginative gadget, embodied in a creative, borderline steampunk environment. A wonderful achievement on all counts, and a great treat to start out the night.

Arriving on stage to rapturous applause, Gotye wasted no time to kick things off with his 10 piece ensemble and tracks from his new album Making Mirrors (which would encompass the vast majority of the set). The brief intro track of the same name, and the first single “Eyes Wide Open” got things started. It was in the latter that the full scope of the setup was revealed – two projections on either side of the stage, as well as the giant screen behind the performers – while Wally was positioned up front with drums and effects.

“Smoke and Mirrors” was next, which featured animation by Lucinda Schreiber – a rather simple piece of a man regenerating, turning into a bear and back again. Rubber House animated the next, a track called “State of the Art”. This was my favourite piece of the night, a 50s style animation that saw Wally trigger the work himself to ensure it was to the beat. This was more than just a piece to accompany the music – it helped turn the music into a character of its own.

“I Feel Better” and “Easy Way Out” followed, both without animation, and the latter proved to be the only track of the night that didn’t seem to connect. Whether it’s the weak point of the album or not I have yet to discover. The animation returned with a beautiful black and white piece for “Don’t Worry, We’ll Be Watching You”, and then the moment we all waited for arrived: “Somebody That I Used To Know”. It sounded fantastic, and received a massive reception – but the question we all were asking was whether or not Kimbra was going to show. When her voice first came through, she was nowhere to be seen, leading us initially to think she was a backing track. But thankfully this was only a tease, and she thrilled the crowd with her verse of the track. The highlight of the night? You better believe it.

You know there are those moments in music where someone truly captures a universal sentiment beautifully, articulating it not only perfectly, but arranging it so well musically that just about anyone will stop what they’re doing to listen to it. This is one of those moments. And the inclusion of Kimbra is nothing short of genius. Also, the xylophone once again proves to be a wholeheartedly important instrument when ones heartstrings are to be tugged.

This was followed surprisingly by “Heart’s a Mess”, and the sort of animation we’re familiar with from the video – as we were with what was featured in the background during “Somebody…”. “Save Me”, next, saw Wally reveal that the track was about (or at least inspired by) his girlfriend, who he declared his love for (she was in the crowd), leaving everyone to go for a universal “nawwwwww…” 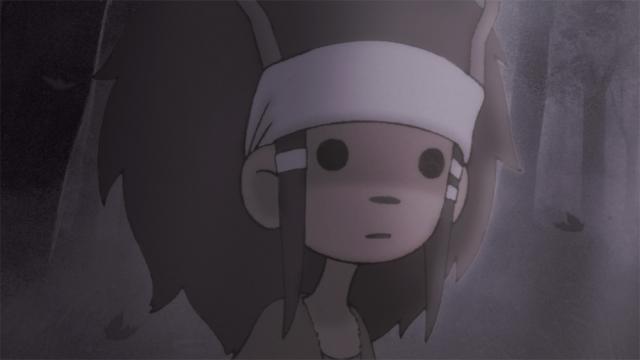 “Bronte” followed, a stunning track with a beautiful animation by Mechanical Apple – of which you can see a screenshot above. Growing cactuses were featured in “In Your Light”, which was heavy on the guitar and bass. The only track other than “Heart’s a Mess” not from Making Mirrors to make an appearance was the closer of the night, and that came next: “Learnalilgivinanlovin”. This made for a bit of a singalong, and saw Wally embark on a bit of a drum solo, which was followed by the brass section (sax, trumpet and trombone) giving us a great taste of their own medicine. Admitting there wouldn’t be an encore, the man and his band took a bow and they left the stage to a standing ovation. Some very well deserved applause.

I haven’t spoken in too much detail about the music here because there really is little to say. It was aural perfection elegantly presented in the beautiful soundscape that is the Sydney Opera House. There are few better performances that I’ve had the opportunity to see in the venue, and it’s a pleasure knowing he’s an Aussie. What an amazing experience this concert was. Seeing such wonderful music interact with animation is something I wish to see more often – the only pity was that they weren’t able to incorporate it into every song! And now I will return to listening to Making Mirrors – what a fine album indeed.