Now in its second year, NYE in the Park has lined up an incredible group of artists who are set to help bring Sydneysiders into the New Year on Monday. Set in the lush surrounds of Camperdown’s Victoria Park, The Jungle Giants, Hayden James, Hot Dub Time Machine, Thundamentals, Confidence Man and many more will be gracing the event’s two stages, while The Presets are set to ring in midnight.

And it won’t be just about the music; organisers are promising fireworks of their own, and a delicious assortment of culinary experiences. In the VIP area, Sydney restaurant Porteño will be leading the experience, while elsewhere, gourmet street food vendors like Dumpling Time, Osaka Ikayaki, The Sausage Lab and Greekstreet will be making sure that a satisfying dinner will accompany the drinks on offer Young Henry’s, Smirnoff, Gordon’s, Captain Morgan and even fine vino from NYE In The Park’s sister festival, Wine Machine.

And as for the music, organisers have unveiled both the set times and the map for the event, which you can view here: 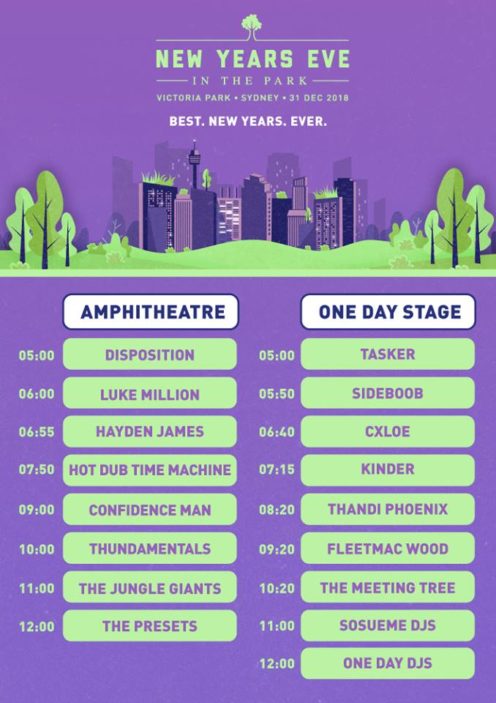 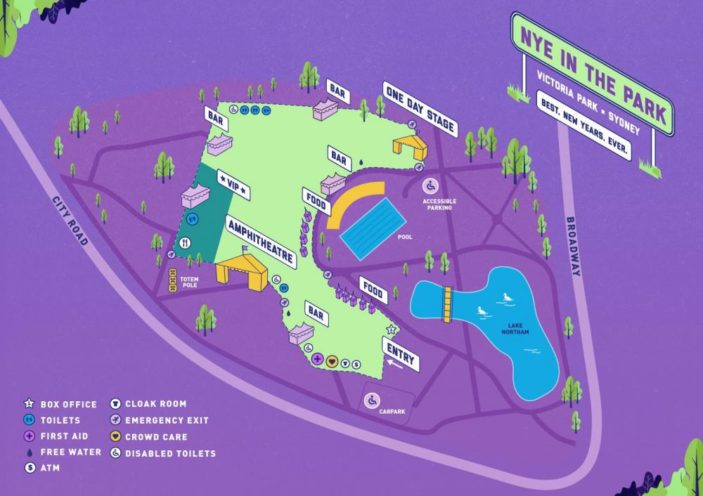 Organisers say over 90% of tickets have already been sold, so don’t delay on grabbing yourself one. They also promise the event to be “the antithesis to anticlimactic, overcrowded, overpriced and underwhelming New Year’s Eve events”. And we’re all for that.

Tags: NYE in the Park, Sydney, The Presets