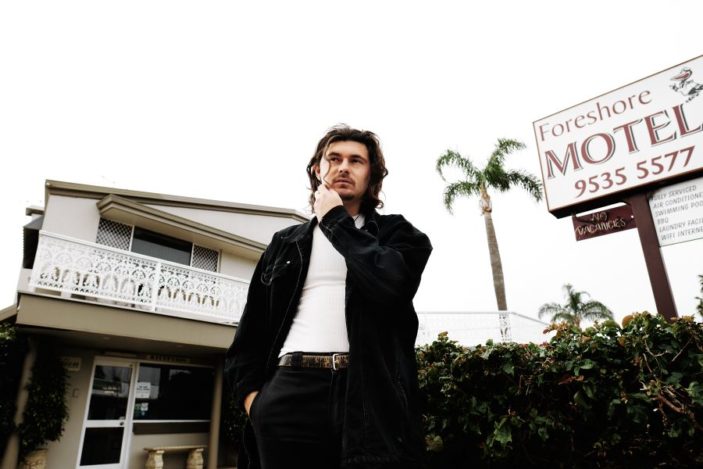 Last month WA singer/songwriter Finn Pearson released the earnest and vulnerable “Hard to Find”, a song that we loved so much that it was our Track of the Week.

Initially, he may have found his songwriting nestled amongst the traditional folk singers, but these days you find him amongst contemporary folk and indie rock. Fans of Hollow Cove, Xavier Rudd and Sons of the East are going to find much joy in the catalogue of Finn Pearson.

We are frequently advised to share our feelings, to not hold back. Sometimes though, this can come at a cost, as “Hard to Find” tackles, and of which Finn writes: “Sometimes being emotionally honest all the time can take its own toll, and it can be easier to be hard to find.”

With the forced isolation of Western Australia during the pandemic, Finn has been touring extensively in WA in the last couple of years. “Hard to Find” has been on his live playlist for some time, in various forms. The recorded version is upbeat and with his band, and it’s no surprise that it can also hold its own in a stripped-back form. “Hard To Find” was one of my favourite songs to perform live for a long time because I could smash out an electrified rock version with the band one night, and then play it slowed-down at an acoustic solo gig the next night and it still felt good.”

Celebrating the release of “Hard to Find”, Finn has shared with the AU his top five inspirational artists. I must say, these five are near the top of my list. Read on!

Although my project is primarily a folk-rock one, the music of The National has had a huge influence on the way I write and approach music. I love the melancholy abstraction of Matt Berninger’s lyrics and how they fit with the Dessner brothers’ incredible compositions.

When it comes to storytelling, The Boss has earned his title many times over in my opinion. I tend to prefer his stripped-back records such as Nebraska to the heavier E Street Band stuff as the rawness of the production helps the characters cut through more to me. Having said that, Darkness on the Edge of Town is probably in my top 5 favourite rock albums of all time too, so go figure.

Phoebe Bridgers does a remarkable job of making folk-rock music something contemporary and interesting, which I really admire. I love that there are moments of humour ingrained into even her saddest songwriting, and she’s got one of the most amazing singing voices going around.

Anyone who’s ever heard me live probably knew this one was coming. Despite being probably my most common comparison, I actually didn’t get into him until relatively late. In terms of Australia, I find Paul Kelly’s representation of both the beauty and of the darkness of this country amazingly honest, and the way he can conjure up entire nuanced characters in a couple of lines is a marker of how solid of a songwriter he really is.

Nick Cave’s artistic diversity makes him hard to pin down in a couple of sentences, but I think that’s why I always find him such an inspiration. Every record feels like he’s doing something different and exercising his creative side. Having said that, I do find his more avant-garde stuff a bit much sometimes. Push The Sky Away is one of my favourite records of all time, and the unorthodoxy of the lyrics never fails to draw me in.