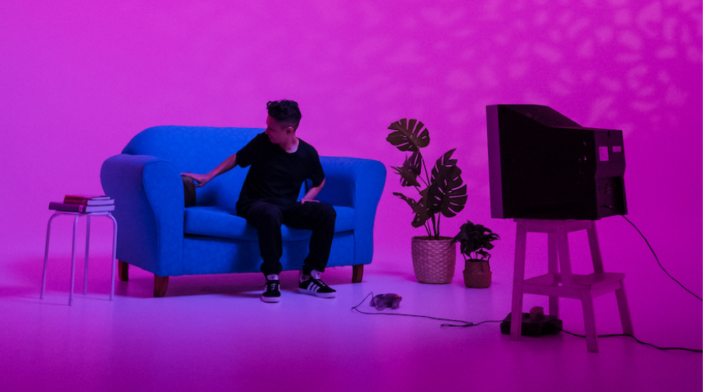 Multi-instrumentalist and rapper DOBBY today released new single “Walk Away“, a commanding indictment of the lingering after effects of colonialism, and the years of systemic racism and cultural erasure suffered by Indigenous Australians.

Otherwise known as Rhyan Clapham, DOBBY is a proud Filipino and Aboriginal musician, whose family hails from Murrawarri and Ngemba lands. Stints at BIGSOUND, and OzAsia, as well as a slew of international performances and a slot with BARKAA at the most recent Sydney NYE celebrations, have seen his star rise massively over the last couple of years. And he’s got no plans of slowing down – after composing the soundscapes for Paartjima in 2021 and 2022, and scoring the music behind 500-strong drone show ELEVATE, DOBBY will soon be showcasing WARRANGU; River Story, a immersive storytelling experience produced in partnership with Vivid Sydney.

But before that, we have “Walk Away”. It’s an infectious track,  with sweeping melodies and classic beats working  seamlessly alongside DOBBY’s impeccable vocal flow. The end result is a powerful single that succeeds as much musically as it does lyrically.

Featuring stunning backing vocals from The Merindas (Ballardong Whadjuk and Nyoongar woman Kristel Kickett and Candice Lorrae of Jawoyn and Thursday Island heritage), the single is accompanied by a vibrant video from Rosanna Mach and Benjamin Baggay at Redscope Films.

Of the clip, DOBBY says:

“The message of ‘Walk Away’ is fierce and focused, and the incredible team at Redscope Films matched the tone exactly. One of my favourite scenes is with little Rilee and the Bull. For this scene I took inspiration from the Fearless Girl statue on Wall Street; this scene gives me shivers every time. I’m so proud of the end result!”

Give “Walk Away” a listen below: