The first date of Spilt Milk Canberra was a steamy hot day at Canberra’s Commonwealth Park and punters from across the state streamed in and sweated it out with a bevvy of prime acts. With this kind of line up, it was always going to be a massive day – even the opening acts were ones not to miss.

Nabbing the midday slot at the main stage, the Angove, was Canberra rock outfit Teen Jesus and the Jean Teasers, otherwise known as the grungiest girl group you’ll see on the circuit. And also the loveliest humans you could possibly meet. I caught these girls at BIGSOUND in September and they have only been climbing up ever since. A particular favourite was “I Like That You Like That”.

Then it was time to run to the side stage, The Basquiat, to see arguably New Zealand’s biggest export at the moment, BENEE. Put this girl on your list to see live. She has a signature creep that she does around the stage, sings of glitter and spiders and has an unfiltered presence that comes in burst. I’d call her if-Billie-Eilish-was-from-New-Zealand vibe, with a punchier voice. Her drummer may or may not be Orlando Bloom, so there’s that. 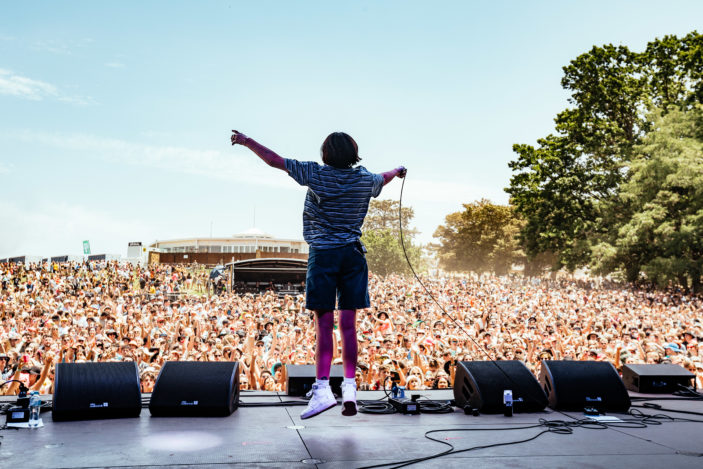 Fresh off The Tonight Show Starring Jimmy Fallon and straight to Spilt Milk was Tones and I. There’s no wonder she’s taking the world by storm at the moment – her performance was full of gusto and the whole festival swarmed to get a piece of it.

Part way through her act, G Flip took to the main stage. She began her set by showing off her unquestionable drumming skills which she has the remarkable ability to perform while singing her tune ‘About You’. She had one large drum solo medley tracked to a mash up of tunes including ‘I Wanna Dance With Somebody’ into some ‘In The Air Tonight’, ‘All Of The Lights’ and topped off with Kylie Jenner’s ‘Rhise and Shine’.

Funk alert: Groove City was up next. I was told I could not go through the day without checking out Dan and Cal doing their thing in corduroy flares and retro button-ups. If you’ve never heard of them, you have to find out when their closest show to you is because the synchronised disco choreography is something that needs to be seen. They were born in the wrong decade.

Lime Cordiale played the main stage and like their well-received Robbery Tour, the boys really brought the house down. Apart from their hit set, highlights included a punter riding on a blow-up pineapple surfboard above the crowd and flashing her chest before toppling. This girl, I will point out, does this at every festival and it’s becoming iconic. But the line of the night goes to Oli with, “I hope you’re slip, slop, slappin’ and not taking too many cappin’s!” Cue an epically loud cheer. 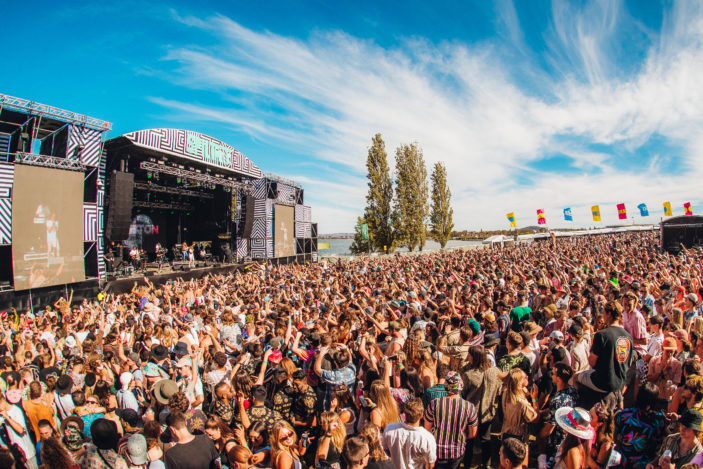 Winston Surfshirt and Ocean Alley were ones to catch but a surprising performance came from Mansionair as they took a smaller side stage at sundown and put on an intimate set. Having packed out a tent at Splendour In The Grass, this programming choice was unexpected but also delightful for fans to get up close. Their sound definitely lends itself to a smaller crowd.

Chvrches naturally put on an energetic show – it’s incredible how large Lauren Mayberry can make her performance for such a small woman. But following them was the headliner Khalid who was arguably the artist of the year for 2017/2018. 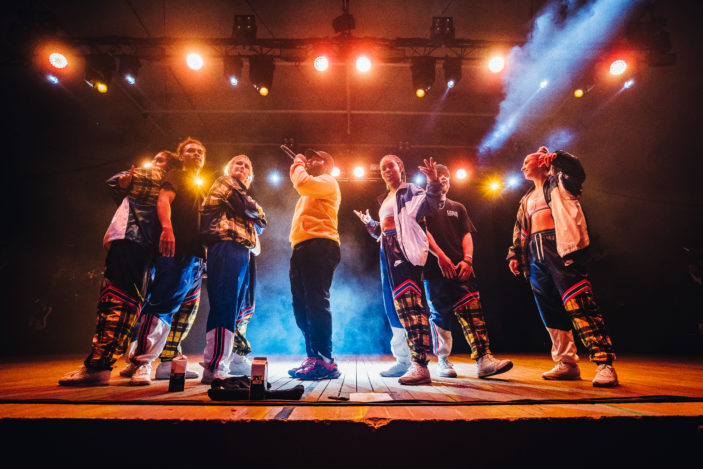 I had been warned to not expect much from his performance and if I’m brutally honest, I’m glad I had my expectations low. As a big Khalid fan – I’d say I know about 98% of his lyrics – I was disappointed. He would constantly clip lines and throw to the audience, and I was left wanting to actually hear him sing. He also brought along six dancers to dilute the stage, which just distracted from the main performance. I’m sad to report a downhill end to the night.

Spilt Milk had such a strong line-up that it’s hard to knock the festival. Despite the gruelling heat and subsequent dust storms throughout the day, the hordes of people had a glorious time in the nation’s capital, celebrating some of the best music in the country.

The reviewer attended the festival in Canberra on Saturday 23rd November 2019.