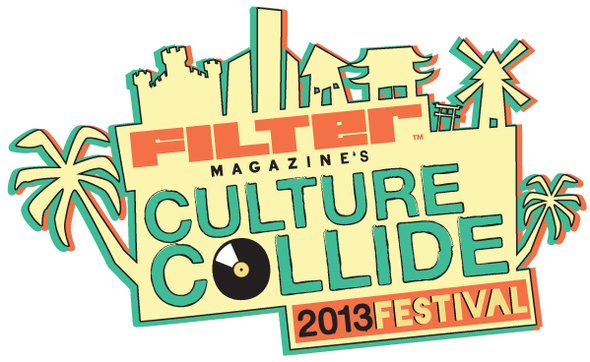 Having enjoyed the five bands making themselves known on the outdoor World Stage, it was time to head indoors. First up, I caught Perth’s The Novocaines at the festival’s newest venue addition, the Lot 1 Cafe.

The band are proving themselves louder and harder than ever, focusing on strengthening their sound in a big way towards the “Short, Fast and Loud” variety. It’s a welcome focus, with lead vocalist Corey Marriott exploding in energy on the stage, screaming with skill and gravitas through tracks which could find their place amongst some of the best from groups loved in Southern California like Korn or System of a Down. Other highlights from the brief but powerful set included the tight “Summer Waiting”, their new single, “Don’t Wait”, and “Answers Everything”, which ended the set.

Moving on over to the Red Bull Sound Select event at The Echoplex, I caught the jangly indie electronic pop rock of Gemini Club. “Show My Hands” was a fun, catchy number, as was “Nothing But History”. Their electronic beats with a heavy live element made them a perfect support for the venue headliners Miami Horror, and at times it would be fair to say their music was quite epic.

Upstairs in The Echo, meanwhile, Irish duo Kid Karate were delivering a set full of amazing energy and superb beats. Their music is incredibly danceable. It’s almost like an electronic song without any electronic elements – just drums and a guitar. Layered and wonderful. Kevin Breen on the guitar wound up in crowd at the end of the set, with a song that exploded in energy. I had no desire to see them leave the stage. Kid Karate are a must see, must hear band.

Back at Taix, long running and much adored Vancouver duo (yes, another duo!) The Pack A.D. were also playing to an entranced, with these two rockin’ ladies in part celebrating the release of a new EP in the US. “Don’t Have To Like You” was a set highlight and these two proved themselves to be everything that’s right about rock and roll. Great energy, excellent music and just some good old headbangin’ action. Their drummer, Maya Miller, however, maybe got a little bit excited at the end and hurt her head, leading to the cancellation of their set the next day. We hope she’s OK, though it’s fair to say their potential audience missed a hell of a show!

Take elements from loved bands like Sigur Ros and Radiohead, throw in electronic backing and a bit of dubstep, remove a drummer all together and you have the intriguing band from the UK, Duologue. Opening in instrumental splendour with the strike of a violin string against the guitar, the set progressed to feature some dub step bass and even some electric violin thrown in as the band continued. Their sound, though harbouring some immediate comparisons, is quite unique – having only heard a few songs on the night, I’ll be interested to see how they elaborate on this on record!

I made it back in time to The Echo to catch duo Fuck Buttons delivering a world of wonderful, instrumental noise. It was a hypnotizing and powerful set. Heading down to the Echoplex, it was Australia’s own Miami Horror who had the honour of closing out the Red Bull Sound Select party. Opening with the always enjoyable “I Look To You” (that other song featuring Kimbra, the band were on form as they ran through a mix of their best known material, alongside a few well received new tracks.

This included the new single “Real Slow” and the upcoming single “Colours in the Sky” with Kleopold (Not sure on spelling for this one? We couldn’t find anything about him online…) from Australia adding his guest performance to the track for the packed out crowd. Indeed, Miami Horror – who are now divided between Sydney and LA – gave us all a taste of what we can expect back home in Australia when they return for Homebake and The Plot, among other events – and of course their next record!

Suffice it to say, fans have plenty to look forward to…