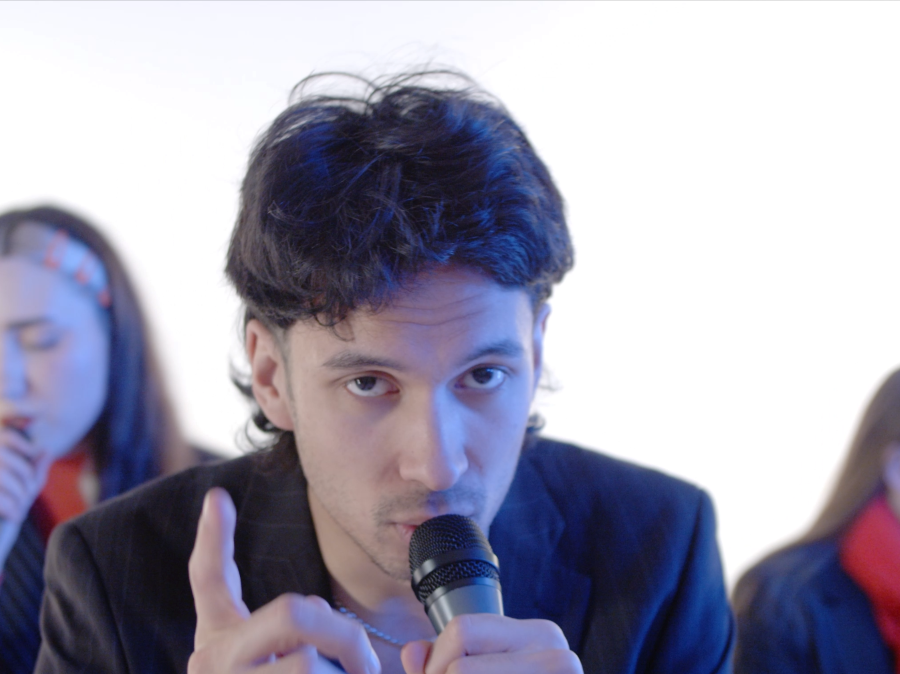 Orange Orange, the solo project for alt-indie musician Ryan Basile, recently announced that his second album, The Sun Isn’t Gone will be released in February 2023. We’re thrilled today to be premiering the video for the lead single from the album, “Say What You Feel”, ahead of its release on Friday.

“Say What You Feel” is a gorgeous indie-electro gem. Ryan’s vocals flow and are layered with lush synths. There is a vivid palette of electronica that washes through the listener. The track builds in intensity and tempo. It’s beautifully constructed.

The song, and video track the journey of a young man whose story starts as someone not living their best life. Lacking confidence,  he is whiling the days away. There is an epiphany, that leads our protagonist to shake things up, and he finds a purpose and drive.  The video and tempo and passion of the track capture this adroitly.

About the track, Orange Orange writes: “’Say What You Feel’ is about breaking past barriers of self-doubt, cutting through maintaining the status quo and plainly… just saying what you feel.

Growing up, I maintained a very passive attitude and I would rarely voice my displeasures or issues if they would disrupt the flow of others. I had this epiphany on the cusp of adulthood that everything would have been better in the long run if I had just been honest about how I was feeling. I wanted this song to capture a moment of self-recognition and progression, with the final build being strong vows to maintain honesty with oneself.

The idea for the music video was so intrinsically linked with the meaning of the song, and I felt it was very appropriate to show that same journey of self-discovery visually. The video has been in the works all year with myself, Jagger and Angus, and though I’m credited as director I am very impressed with the creativeness and insight that Jagger and Angus brought to the production of the video.”

You can pre-save The Sun Isn’t Gone here, and stay in touch with the latest releases by following this playlist HERE