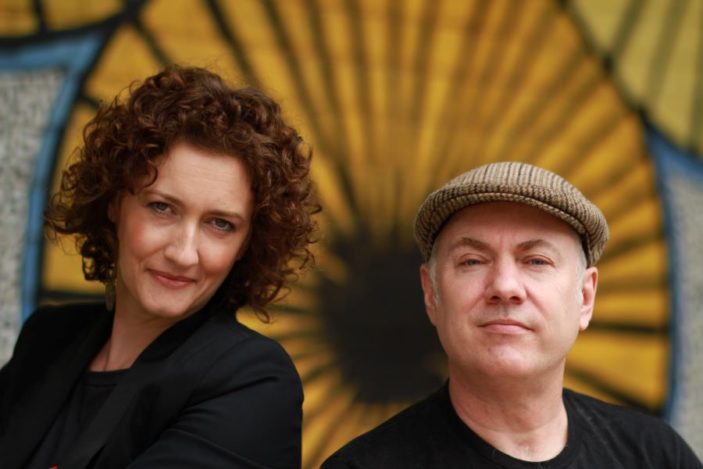 An extended punishing lockdown in Victoria over the last couple of years forced many musicians to find new ways to create their music. For those in groups, it meant collaborating over Zoom and suffering through the constraints of isolation. In the case of established musicians Jeff Lang and Alison Ferrier, co-habiting as a result of being husband and wife, provided an opportunity to create music together, and hence High Ace was born. We’re thrilled today to be premiering the video for their debut release, “Where, Where, Where”, ahead of its release tomorrow.

Their songwriting approach is perhaps a little unconventional. They deciphered strange incantations played in reverse, and let that guide them. Apparently, the genesis for the approach was their kids playing a family rendition of “Happy Birthday” in reverse and this led them on a blissful creative journey.

Jeff explains: “Oftentimes one of us could hear a sentence implied where the other could not.  After we’d written down what we each had decoded from the backwards improvised recordings, we’d  listen again to see if we could fill in the gaps. There’d usually be a kind of thrust to the lyrics that we  could follow, even though what we were transcribing wasn’t actually in any real language.”

The track has an earthly world music feeling to it. With violins, slide guitars and driving percussion, it showcases the musical talents of the pair. They harmonise together beautifully, and there is space in the track for the violin and guitar to weave their magic. The question begs, why didn’t Lang and Ferrier team up earlier?

Alison was born and raised in London.  She’s released three solo albums and is a member of Opelousas, with Kerri Simpson and Anthony Shortte. Their album Opelousified won Music Victoria  Best Blues Album of the year.

Jeff Lang is a certified legend on the Australian music scene. He has won three ARIA’s, and toured the world many times over.

The good news is that High Ace will be performing at WOMADelaide and the National Folk Festival in Canberra. Dates below.

High Ace will be performing at: