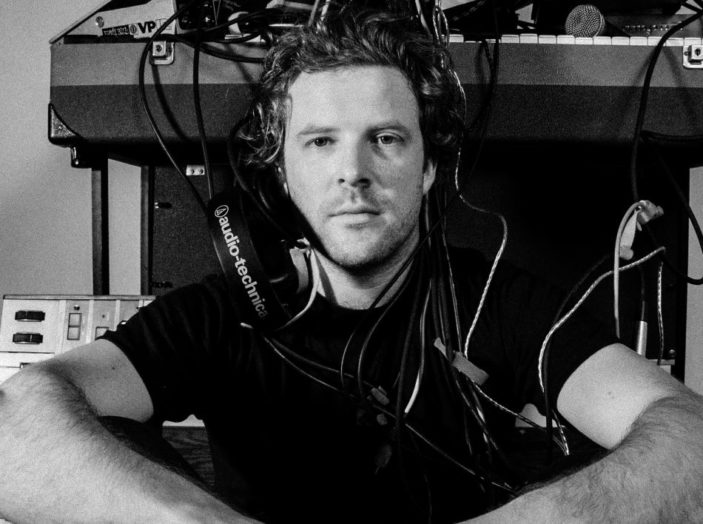 Good Sport is the solo project for Pittsburgh producer and songwriter Ryan Hizer.  We are thrilled today to be premiering the video of “Big Push”, which was on his debut album, Boring Magic. This is a track with a strong hypnotic beat, bursting with catchy hooks and layered vocals. There are many elements in this track craftily integrated, creating a song that is fun pop, totally danceable and an absolute ear-worm. Listening to “Big Push”, I’m getting some David Byrne vibes, which can only be a good thing.

The album is the third release from Good Sport, following on from his earlier two EP’s, 2011’s And Now We Are Talking, and 2015’s Still Friends. A true multi-instrumentalist, the records are recorded and produced entirely by Hizer. Over the years there have been various lineups for live shows, with the current lineup including Dane Adelman (Tyler Heaven, The Lampshades), Zach Bronder (The Gotobeds, Bat Zuppel), Chris McCune (Bear Skull, DREME), and Evan Meindl (Rave Ami).

The video was directed and animated by Geoff Hoskinson, who has created videos for the likes of Sufjan Stevens, Kishi Bashi, Deerhoof, TWIABP, and others over the years. It’s vivid and attention-grabbing, to say the least.  With the song traversing the theme of fulfilling certain roles based on expectations, and perhaps not fitting into the mainstream lane as a musician, the video depicts the struggle for identity, with a variety of Ryans being pushed and pulled in differing directions. There are plenty of great effects and it’s playful as well as conveying a message.

About the track, Ryan told the AU “Big Push” is about observing your own behavior, acknowledging your flaws, and making a sincere effort to become a better person. Geoff Hoskinson and I have collaborated on a handful of projects over the past decade or so. He’s an amazing artist and I love the way this hypercolor fever dream video interprets the song’s themes. Check out more of his work at https://vimeo.com/ghoskinson”