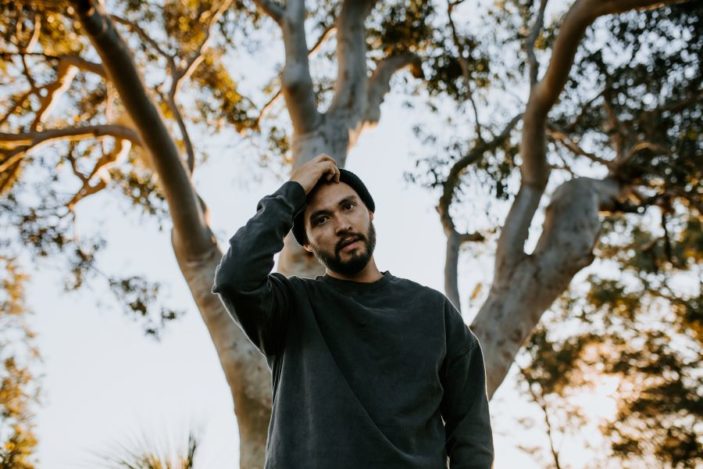 Singer, songwriter, producer Garrett Kato has returned with one of his strongest tracks yet, the poignant “Drugstore Houses”. A musician with over 92 million streams to his name, Garrett is well accomplished in his craft. We are thrilled today to be premiering the video for this heartfelt song.

The track was co-written with Australian singer/songwriter Riley Pearce. They bonded whilst touring together in Europe in 2019, and with shared experiences of growing up in small towns without the excitement of the big city, they co-wrote “Drugstore Houses”.

About the song, Riley says “After a European tour Riley Pearce and I have become fast friends and it was only natural to write something together. Over a zoom call mid pandemic we dived into our childhoods and what the differences were between growing up in Canada and Western Australia. We began to chat about how when we were younger the only thing that mattered was getting out and seeing the world beyond the confines of our small towns. It describes in detail the reminiscent qualities of growing up in a town with nothing to offer, but boredom and trouble.”

Mos and Co was the director and videographer for the clip. Set in a disused tunnel, it’s as sparse and striking as the song. “Did you ever make it out of here”, he sings, which may well be reflecting on the darkness behind him.

Garrett was born in Canada but moved to Australia which is now home. He is much in demand as a producer and musician, having worked with the likes of  Julia Stone, Tones and I, Busby Marou, Pete Murray, Riley Pearce and more. He has also started to share his knowledge via an online masterclass course for budding producers and singer/songwriters.