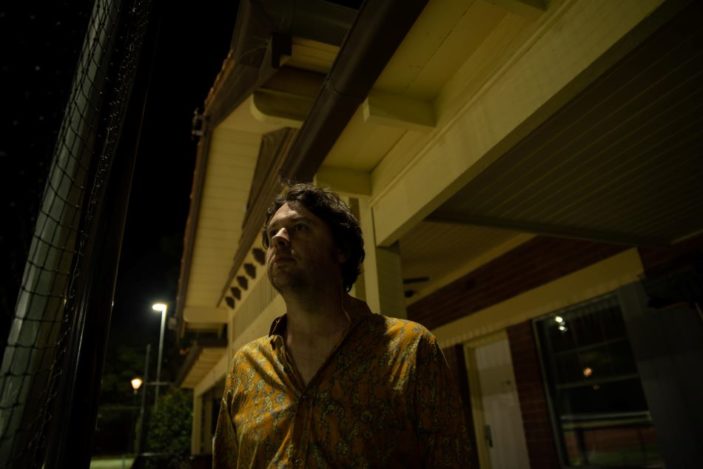 Fleeting Persuasion is the brainchild of Melbourne-based singer-songwriter James Spencer Harrison. He has previously released music as J M S Harrison, and has recently rebirthed under the new moniker. “Hollow” is the second single for 2022, and will be on the forthcoming album for this exciting new project for Harrison. We are excited today to be premiering the video for the track, ahead of its release tomorrow.

“Hollow” is a track that gets under your skin. With dark synths, melancholic vocals and moody guitars, it’s reflective and moving. It channels bands such as Interpol and The Cure, and dips its toes into the labyrinth of shoe-gaze. It would also accompany some of the recent output from Glenn Bennie and Steve Kilbey on Sakura Flower

The guitars carry a melody that sticks long after the song ends. Enchanting and riveting, “Hollow” leaves us looking forward to hearing more from the record.

About the track, Harrison says: “It’s very direct & energetic. Because I was most excited about this particular song I took a bit longer to take it to Crosstown Studios to start work on it, almost hesitant to see how it would turn out. The lead guitar part came much later in the process and was very fun to write and play.”

As well as providing the vocals, Harrison played guitars and keys. On the bass was Travis Velthoven, and backing vocals were provided by Danielle Loughnan. “Hollow” was produced and engineered by Josh Whitehead at Crosstown Studios.

The video was filmed by Blaqpop Photography and edited by Harrison.