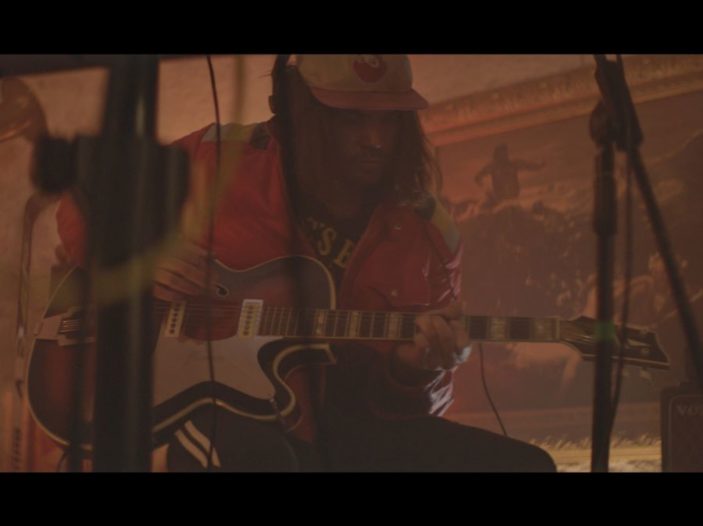 Originally from Wollongong, Rohin Brown fronts the psychedelic outfit, The Walking Who, and from his current home in Prague. A singer/songwriter and now film-maker, he entered his debut film into Cannes World Film Festival. On his first attempt, he managed to pull off the win in three categories, Best New Wave, Post Modern Film; Best Indie Short Director and Best Soundtrack. Rohin was also nominated for Best Experimental Film. The soundtrack for the film is taken from his EP, Mr. Cornelius, which we are buzzing about premiering today.

You can view a trailer for the film here:

The EP was recorded at  Studio Faust Records. The studio is loaded with old Eastern European synthesizers and guitars. During Lockdown, the owner Faust Mader gave Rohin a key to the studio with the instruction to “Make Nothing Normal, and Nothing Polite”. The studio is based in a decommissioned German army tunnel underneath the city.

The history of the studio seeps through every note. With an experimental bent to it, it’s totally gripping, infused with a pulsating vibe, and surges of energy. It’s iridescently moody yet has a joyous feel to it. I get the feeling that fans of Lou Reed will also dig this one.

About the EP, Rohin writes “The “Mr. Cornelius EP” is the first of 5 songs from a 25-song recording journey I weathered during the Global Pandemic in Prague. I was both locked out of Australia and locked down in the Czech Republic. Between the two times I got COVID, my life’s purpose revolved around extending The Walking Who’s eclectic approach to music making by treating each song’s layer of soundscape with a type of instrumental cold war competitiveness – anytime a Russian synthesiser could be used, it would be used.”