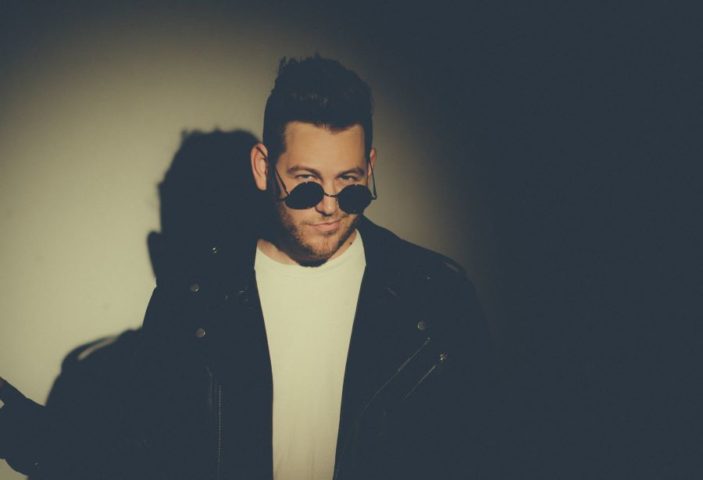 It’s hump day Wednesday, and what better way to power your way through than by getting on board with some loved-up neo-soul/RnB. We’ve got just the tonic, with the premiere of Lovestoned, the fabulous debut album from Sunshine coast based singer/songwriter Chris Ah Gee.

Not just possessing a warm and rich voice, Chris is a man of many talents. The album was largely created by Chris in his bedroom during the pandemic. Not everyone was watching box sets and baking bread it would seem. It was then mixed and produced at Yama-Nui Recording Studio alongside StoneWax Productions and Paulie B.

Lovestoned sounds like it was created by a seasoned veteran, not a debut album. From the loved-up boppy jam of album-opener “Entwined”,  the oh-so-danceable “Medicine” and poignant “Universal Love”, Lovestoned stands shoulder-to-shoulder with the other outstanding neo-soul records released in Australia in recent times.

Chris will be launching the album at Mooloolaba Music Centre in Minyama on Friday night, 28th October 2022. Details are below.

As well as having the first listen of the album, prior to its release on Friday,  Chris has put together a track-by-track breakdown for Lovestoned. So do press <play>, and read on.

The album begins with a snappy little romantic bop. This song is a neo-funk tune that pays homage to the greats like Musiq Soulchild fusing it with the new school Tom Misch like vibes.
The song twists and turns as lovers often do before opening up into a climactic breakdown and ending suddenly like a book suddenly being snapped shut.

Reprising the outro of Entwined, Souls is a self-made electronic recreation of that moment “when two souls meet, they become one. (Entwined)

We had a lot of fun stealing some of Dan’s (Soulergy) synth lines from the other track and warping them throughout this track.

With a solid kick, synth groove, staccato’d lyrics and groovy guitars, “It’s About Time” first came about whilst JaZZella was recording her music at Yama-Nui recording studios.

I often utilised my time during JaZZella’s studio sessions by creating content or ideas in the other available rooms.

By the end of the session we had a show and tell moment I heard theirs and they heard mine. I wrote this song in 2020 and felt like it really captured my hunger for the industry during the beginning of COVID.

Cool Witchu is a song about the journey of a young, adventurous couple and their relationship dynamic blooming and progressing throughout the instability of early years to now. Being “Cool Witchu” is a youthful expression for choosing to be with someone, I am cool with you if you are cool with me, The song touches on themes of communication, growth and the feeling of security in love that we all seek and desire. This song mixes the vibe of Anderson .Paak and Musiq Soulchild together to create a new vibe and direction for modern RnB and Pop music.

After a 5 year hiatus from writing music I found myself creatively blocked, burnt out in Amsterdam sitting on a balcony, guitar in hand, pen in the other and very much in love.

A took a friends advice and wrote the verse chords and melody first on guitar, next came the lyrics. After returning home I drafted my song in logic and due to Covid set about recruiting my favourite musicians to make this track (my first track) special.

I heard Mal play at a music camp and was eager to make music with this kind, charismatic fellow. Mal drove up to the Sunshine Coast and we recorded his parts at Jazz’s Grandma’s house by the water. This is a special track that brought me back into the land of creativity after a long break.

This fun-filled bouncy track is full of energy and attitude.

It’s a take on how we are all medicated in one way or another. And not so subtlety eludes to the longing one feels to break free of that constant cycle with habitual drug usage.
Recorded almost entirely live in studio to capture the vibe this energetic track is no mere “Album Passover track”

Transitions seems to be a theme on this album whether it’s “Entwined”’s outro or “Balance”’s constant deepening into the musical abyss. “Addicted” is no exception.
Recorded live in studio going for a vulfy, collier-ry vibe this simplistic harmony driven 2-5-1 song was set in stone until I started my synth/keys session with Dan (Soulergy).

At the end of our session the keyboard glitched and held down an electronic pad we had created, I took the stems home, I chopped all of piano parts up, warped, verbed and distorted them into a new vibe.

“Balance” was written and created at Yama-Nui Studios whilst my partner JaZZella was recording her album. I sat in the other room with some Rhodes, Bass, Guitar and a Sm7b and a laptop.

I wrote this song about my deep longing to find balance and how sometimes it feels far away like a dream.
It felt fitting to produce this song like a dream sequence, dropping further and further into the dream of balance, before being abruptly woken by an alarm… reality.

“Questions” is a track that brings out all of the love I have for 2000’s RnB. A catchy hook, lyrics of love, empathy and infidelity this track follows the journey of a man who notices a woman who isn’t shining the way she deserves to. After deep contemplation and intoxication they meet in a hotel room.

Written on a sunny day out in my garden, “Universal Love” is a song with a beautiful message about loving others how you would wish to be loved.

Fusing raw Neo Soul vibes with contemporary Lo-fi Dance sounds this track bops hard from start to finish. I even sampled my cat Burrito right before the first chorus you can hear him meow in the background x