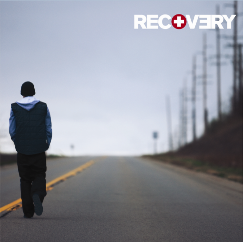 Multi-platinum hip-hop artist Eminem has become the first artist ever to sell one million digital copies in the U.S. of an album as his 2010 release — the chart-topping, Grammy Award-winning Recovery — surges past the one million mark this week.

This record-setting career milestone comes just one week after the superstar artist landed at No. 1 with Hell: The Sequel, the release from Bad Meets Evil, Eminem’s collaboration with fellow Detroit native Royce Da 5’9.” This marks the first time in the last five years an artist has scored two No. 1 albums within a 12-month period. Bad Meets Evil debuted at No.3 on the Australian ARIA charts.

“Recovery selling one million digital albums is an incredible achievement by an incredible artist,” says Interscope Records’ Vice Chairman Steve Berman. “I have had the pleasure of working with Eminem throughout the course of his career, and I’m delighted to be a part of yet another milestone on his amazing journey.”

“We are thrilled to congratulate Eminem on the history-making digital sales success of Recovery,” says Eminem’s manager Paul Rosenberg. “Over the years we’ve made a concerted effort to engage Em’s online fan base so this achievement is especially rewarding. Eminem made an amazing album with Recovery and the fans responded in record numbers.”

The album debuted at No. 1 on Billboard’s Top 200 Albums chart marking the beginning of a triumphant comeback for the artist. The best-selling digital album of all-time, Recovery has now sold more than 5.7 million copies worldwide.
Eminem’s new single “Lighters” is at radio now and already impacting the Top 20 singles chart in Australia.