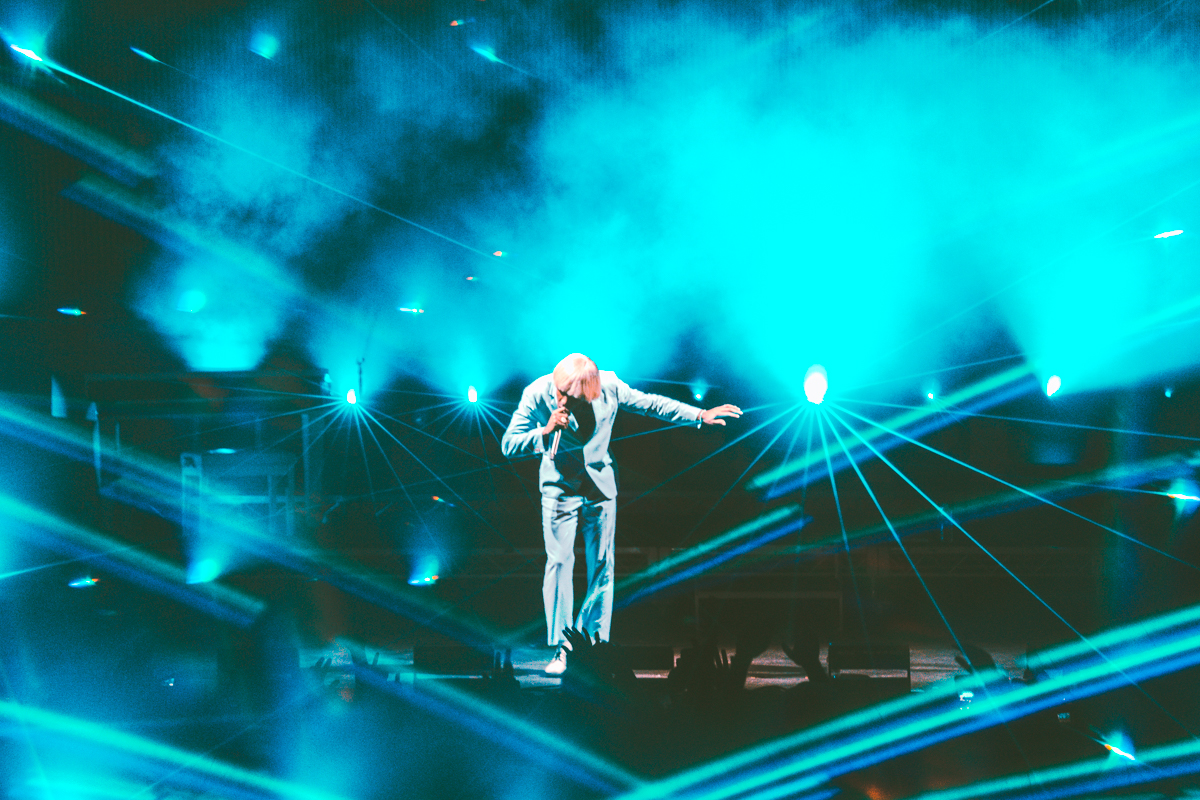 The third day of Beyond the Valley seemed to go off without a hitch, regardless of the misinformation and rumours floating around the internet. It meant that there was an interesting atmosphere floating amongst the revellers, caught between a strange sense of angst and excitement for the main stage acts slated for the evening, namely Tyler, the Creator.

The sun blistered in the early morning, but there was safety in numbers as big groups of people huddled under the parachute tents set up throughout the site. Of course, this meant the Dance Tent with its stripped-back wings was essentially bare in the early hours, but it slowly improved as the temperature settled and people started to dance again.

It was a big day for music as Beyond the Valley came alive across the stages, with early hip-hop/electronic names Lastlings, Shoreline Mafia and Bag Raiders impressing early. Hobo Johnson was a wholesome performance after the spitting anger and heavy beats of the earlier acts, leaning on his life experiences to write his songs. For many in the crowd, they had come to see him especially; but for those who didn’t know him, he was a surprise packet, his infectious charm easily getting under your skin and drawing you in.

Matt Corby continued this mood, the two artists easily following in from one to the other, keeping the atmosphere cool even though the day was not. Corby relaxed the crowd before heavier acts came through, as a wave of love swept the main stage through “Brother”, “Ordinary Life” and “Miracle Love”.

Mallrat and Cub Sport finished off the run of Australian artists for day three, with both drawing huge crowds away from the now-pumping Dance Tent. As Rebüke and Chris Lakes powered through curated productions from their careers, Mallrat and DJ Denim were exhilarating the crowd alongside guest artist Tyne James-Organ.

Cub Sport was magnificent as they always are, flying in with a sense of love and an incredible stage rigging. Built with a walkway around the rest of the group, this allowed lead singer Tim Nelson the freedom to express from anywhere on stage, while the rest of the band was front and centre to join in on the celebrations with their fans. While they had a few technical issues, the crowd was with them the whole way, singing along to “Hawaiian Party”, “Come On Mess Me Up” and “City of Angels”, partying with a wave of support for their recent December releases and the group’s self-titled album of this year.

Yet, even the most impressive act of the day paled to the brand and pomp of Tyler, the Creator. Playfully deflecting his somewhat sharpened mood, and coming off of a long flight understandably jet-lagged, while it felt Tyler had a touch of a soft start when he fired up, he was completely switched-on and pulling you in with his dancing, finishing you off with the finesse of a highly aesthetic artist.

“911/Mr Lonely” was a highlight, with the closing ‘chirp chirp’ becoming a call and response between Tyler and his fans. While Tyler wasn’t necessarily the most engaging artist on a personal level, he knew how to engage his fans. “Who Dat Boy”, “EARFQUAKE” and “SEE YOU AGAIN” lit the crowd up throughout his set, which was sadly only an hour long. It felt so much shorter, with time flying by as you were completely entranced by what was occurring on stage.

The final day of Beyond The Valley has kicked off to celebrate the incoming decade today. Catch your favourite artists The Veronicas, Hayden James and Rüfüs Du Sol, on stage from 5pm this evening.