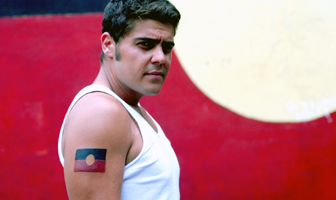 Dan Sultan will lead a line up of legendary aboriginal musicians at this year’s inaugural National Indigenous Music Awards on August 19th in Darwin. The Deadlys and ARIA Awarded – Male Artist of the Year [current], is proud to bring the full band to Darwin and lead what is sure to be an historical night. Starring on the bill are classic performances by seminal Indigenous rock-bands Warumpi, Coloured Stone and No Fixed Address. Joining them is Red Flag Dancers from Numbulwar; featuring the remarkable vocal powers of song-man Grant Nundhirribala [Yilila].

“I’m really looking forward to getting up to Darwin, not just for the weather but we have gotten great receptions when we’ve been lucky to get up that way. To be involved in such a great event such as NIMA and on the same stage as these legendary bands is a real honour. I can’t wait for this night,” says Dan Sultan

The National Indigenous Music Awards recognise excellence, dedication, innovation and outstanding contribution to the Indigenous Music Industry and is a peer nominated Award. “MusicNT is excited to begin the transition to a national Indigenous music awards. It’s the opportunity to make this amazing event open and accessible to Indigenous musicians from across the country and we are grateful to have the support of the NT government behind us.” Mark Smith, Manager MusicNT.

The contemporary Indigenous music scene has come a long way since it’s early days in the late 70s / early 80s. Seminal aboriginal bands [No Fixed Address/Us Mob/Joe Geia/Coloured Stone/Warumpi Band/Yothu Yindi, the late, great Ruby Hunter] spear-headed a musical pathway starting in the 70s right through to the early 90s when the ground-breaking ARIA Award winning, double platinum selling “Tribal Voice” by Yothu Yindi significantly raised the bar. With the extraordinary success of what is now termed “the Gurrumul effect” and the remarkable trajectory of Dan Sultan [ARIA Male Artist of the Year 2010] and Jessica Mauboy, contemporary aboriginal musicians have truly found their feet in a broader musical context. Artists such as Archie Roach, Kev Carmody, Gurrumul, Dan Sultan, Jessica Mauboy, Naomi Wenitong amongst numerous others continue to broaden this pathway for other artists to follow.

Held under the stars at Darwin’s historic Amphitheatre, audiences from all over Australia will gather at the National Indigenous Music Awards Ceremony to applaud the winners, enjoy the performances and soak up the ambiance of a night for music lovers of all ages and all cultures to enjoy.

Crowd favourites Ali Mills and Rob Collins will MC this night of cultural celebration the whole family can attend.