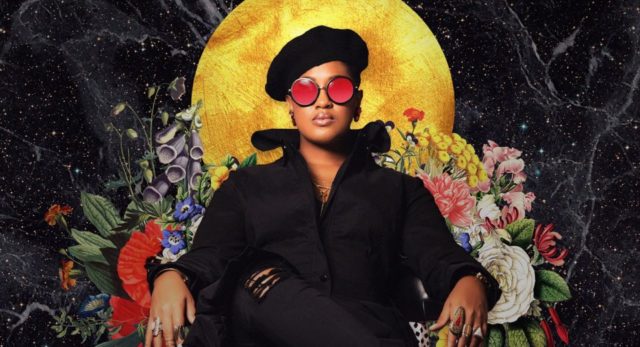 SXSW has always been a massive melting pot of musical influences and a platform for musical discovery but in the last few years in particular, the festival has played host to an enormous hip hop, R&B and soul community that has come together from all over the world.

Whether they be some of the biggest names in the game at the moment, or MCs and songwriters who are on the cusp of breaking through – SXSW always comes through with quality in their programming. Here were just some of our favourites, most of whom aren’t necessarily new, but all acts we haven’t had the chance to see live before.

Mammoth walls of galactic synths were built, each bigger than the last, giving the ever-charismatic lead Tarriona “Tank” Ball something to scale with her effervescent style. This was Tank & The Bangas, the New Orleans band that won NPR’s Tiny Desk Competition last year and are sometimes – rightfully – referred to as one of the best live bands in the country.

Ball has an off-kilter Cee-Lo Green-like style, imbued with slam poetry and an uncommon command that can grasp the crowd with powerful refrains and then blast them with bolts of electric, eclectic vocal gymnastics. It’s intense, fun, impossible to ignore, and a sharp reminder of how energising live music can be.

Celebrating black culture, black excellence and black music isn’t necessarily new. What’s new is that the rest of the world is finally joining in, so it feels like the perfect time for Common to link up with Robert Glasper and Karriem Riggins for a supergroup of sorts, dedicated entirely to the spectrum of black music deeply rooted in the culture. Jazz, hip hop, rock and soul have been impeccably infused within these meandering soundscapes, given life with Common’s rich, thoughtful poems about resilience, struggle and social progression. The Chicago emcee hasn’t sounded this fresh in years, re-energised by this exceptionally talented band and, most memorably, by long-time collaborator Mumu Fresh who pops up for a powerful rap on “Practice”.

What’s more, is that Common makes full use of the band to squeeze in some of his solo hits as well, pumping the crowd with cuts like “The People”, “Go”, and “The Light” to great effect.

Having just released one of the hottest hip hop tracks out right now, “Black”, and coming off of two exceptional EPs in 2017, Compton emcee Buddy was understandably in high demand during SXSW. I managed to catch the final showcase of his: a late-nighter in the dark and intimate Empire Control Room.

After seeing him live, I have no doubt that Buddy is poised to shoot straight to the top of the charts; his energy on stage is second to none, coupled with a delivery that’s tough and impactful, even with the more soulful cuts like “Shine” or the bangers like “Black” – two tracks with such a huge difference between them that together they highlight just how diverse Buddy is and can be.

Here you have an artist that is just as good as a singer as he is a rapper (the balance is usually off in other artists of a similar vibe), and that seamless, adaptable style should easily position his forthcoming album as one of the year’s best.

Bouncing between funk and hip hop, Duckwrth entered SXSW as one of the most talked about buzz acts, and exited the festival as a sure-shot superstar. Particularly with the recent success of rappers like Aminè, this insert city artist is in a nice place right now, and you could easily tell the more hipster-minded hip hop fans amongst us are more than ready to eat up what this guy is dishing out: sizzling funk-infused raps delivered with a vibrant west coast swagger, backed by a small but effective band.

Watch out for this one in 2018, it’s clear Duckwrth is just getting started.

Rapsody is not a new artist by any means, and anyone listening properly has known for a long time that the North Carolina emcee is one of the best out. But to see her live is a stark reminder of the pure dominance of true emcees, the ones who aren’t in for for the temporary turn up but instead want to keep pushing the culture forward with poetically brilliant, hard-hitting hip hop that’ll last forever.

Rapsody embodies the real emcee; on stage, she brings to life her Grammy-nominated album Laila’s Wisdom with such strength and rawness that each line is punctuated by the type of singular delivery credited to legends like fellow Rapture star Nas and Rakim as well as the benchmark emcees of today like Kendrick Lamar and J Cole. After that performance, she’s well on her way to being mentioned more widely amongst those names.