Bonnaroo Day Three: It’s Kacey Musgraves’ world, we are all just living in it 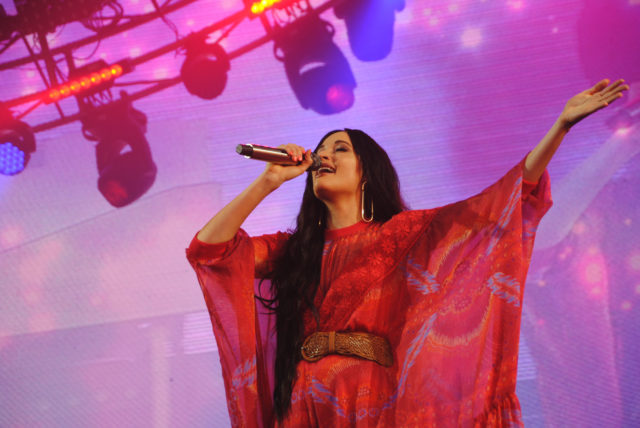 If Bonnaroo is known for one thing it is that is has a little everything for everyone. Saturday was the prime example of what one day at Bonnaroo can be. On one stage you had the Grammy award-winning country superstar Kacey Musgraves who embodies everything about the Tennessee music spirit. On the other, you had the mega cross-genre phenomenon Post Malone apologizing profusely to the audience while legend John Prine performed for the most polite audience of the fest at the neighboring tent. But if none of that was for you, you had the option to wander off and scream at the top of your lungs “I JUST HAD SEX” with comedy hip hop group Lonely Island. Bonnaroo is just the best.

As the sun set on the Tennessee farm, the perfect artist was going on at the perfect time. No one has had a better year than Kacey Musgraves in music. From her incredible Grammy wins to a massively successful album to winning the hearts of everyone on Twitter, 2019 has been the year of Musgraves.

She capped it off with an incredible show for a huge, loving audience. In a red flowing 70’s flower child inspired dress, Musgraves entered the stage looking Bonnaroo ready. The crowd screamed and Musgraves told the crowd Bonnaroo is her favorite place in the world to perform. You could tell.

With the perfect blend of country bluegrass, to her pop-country hits and her soaring ballads like “Rainbow” Musgraves put on a complete master class of a headlining set.

The highlight was Bonnaroo’s annual Pride parade ending at the stage where she was playing and a group of Drag Queens joining Kacey on stage to dance. This perfectly symbolizes the lovingness and joy of her set and will be one of the lasting images of Bonnaroo 2019.

It is hard to describe the rise of Post Malone. Malone has ascended to the top of the music charts and with that the lineups of major North American festivals. In front of the largest crowd of the entire festival, Malone was greeted with fans who drew their own face tattoos to match Malone’s and screaming girls ready to belt out every word.

What sets Malone apart from every other Bonnaroo headliner I have ever seen is his humility. On several occasions during his set Malone apologized for his pitchiness and expressed his appreciation that so many people chose to come to his set.

Malone ripped through all of his hits from “White Iverson” to “Sunflower” and “Congratulations.” The setlist was enjoyable but something seemed lacking for a headliner. With the exception of some fire, Malone was left alone on stage, without a band and even a backdrop. With just a plain LED board behind him, Malone was swallowed a bit by a massive stage and his lack of “rock star” confidence one would need to fill a stage by yourself.

But the show was still great, Malone is so young and had already grown so much as a performer in a few years time. The best I am sure is still to come for Post.

I was absolutely blown away by every minute of the SNL digital short making, Popstar writing, NetFlix film creating comedy hip hop group The Lonely Island.

I’m not sure what my expectations were going into the show, but whatever they were Andy Samberg, Jorma Taccone and Akita Schaefer blew them away.

In the most produced, scripted, interactive, and entertaining set of the entire weekend, The Lonely Island put on a show that rivals the performance level of a Beyoncé of Kanye West show.

From “Dick in a Box” to “Lazy Sunday” to “I’m on a Boat,” the energy level and even their vocal performance were at the highest level. After an exhausting three days at Bonnaroo it was the greatest to just sit back, laugh, and be so thrilled to see what they were going to do next.

Rubblebucket brought out the massive balloons, bubbles, and energy for their opening set of the day but it didn’t keep the crowd from loving every minute. Hippo Campus may look a little too young to be playing the second biggest stage of the festival, but their surfer rock/ vampire weekend influenced style was perfect for mid-afternoon at Bonnaroo. Odesza brought out the fireworks and big drums to play in front of a massive crowd while John Prine showed Bonnaroo perhaps one last time why he is such a Legend.