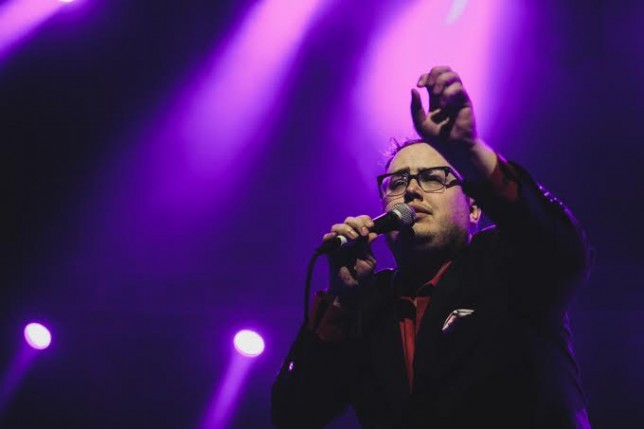 As is tradition, more acts have already been added to the Bluesfest lineup and you can be sure it won’t be the last announcement before the festival kicks off over Easter in 2023.

In a big name drop that will surely stir the attention of many a dad-rocker, The Doobie Brothers will be heading to Byron Bay, bring their 50th Anniversary Tour with them to the stage on closing night. With OG member, Michael McDonald, rejoining the band, they are sure to bring a huge nostalgia trip to the festival.

For the Gen-Xers, beloved ’90s band, Counting Crows will be coming along with front man Adam Duritz sure to croon the place down with classics as well as tracks from the 2021 album, ‘Butter Miracle’.

The recently crowned winner of the Americana Awards ‘Album of the Year’, Allison Russell, will be joining the lineup on Easter Saturday and Sunday. The Canadian poet, singer, songwriter, multi-instrumentalist and activist has been a member of a range of acts, including Po’ Girl, Birds of Chicago, Our Native Daughters and Sisters of the Strawberry Moon, but her debut solo record, ‘Outside Child’, released in 2021, which has received three Grammy award nominations in the Best Americana Album category, Best American Roots Performance and Best American Roots Song, showcases just how powerful a talent she is.

Nathaniel Rateliff & the Night Sweats will be returning to Bluesfest on opening night. No stranger to the festival, this will be their third appearance and will see them bring their eclectic and combustible mix of soul and rock to a hungry audience. Their third album, ‘The Future’, shows off this octet’s breadth and talent tied in with their anthemic inclinations.

When St. Paul & The Broken Bones first played Bluesfest in 2016, they were received so well that they were invited back again the following year and again two years later! Their live show is super special with front-man , Paul Janeway’s voice something you have to see in person to believe. Their fourth album, ‘The Alien Coast’ takes a step away from their tradition soul sounds, mixing in psychedelia, funk and even stoner metal. Seeing this performed live is sure to be one for the books!

Rounding out the six is legendary outfit, Vintage Trouble.  This rhythm and blues band from Los Angeles have a reputation as an electric and energetic live act and that has been proven at two other appearances at the festival. Singer, Ty Taylor’s, frenetic performance brings together an all-star band who have logged 3,000 shows across 30 countries on tour with divinities such as The Who, The Rolling Stones, AC/DC, Lenny Kravitz, and Bon Jovi, to name a few.

The 34th annual Bluesfest will span the Easter weekend in 2023, from the 6-10th of April at their home at Tyagarah Tea Tree Farm and 1, 3 or 5 day tickets are on sale now.

Photo: St Paul and the Broken Bones, by Andrew Wade