BIGSOUND Interview: Jelly Oshen on becoming a multi-instumentalist and favourite part of the creative process 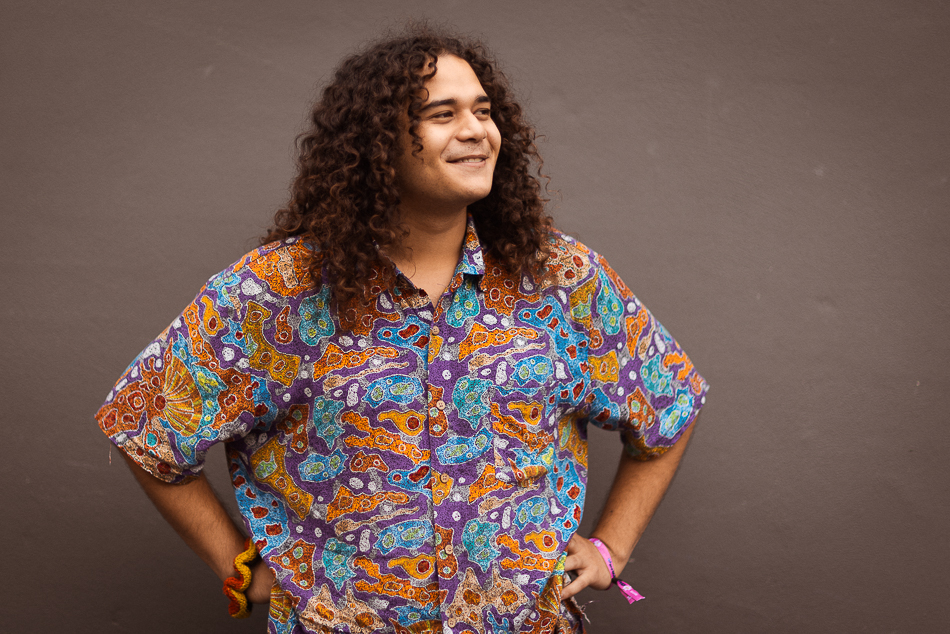 Jelly Oshen is a twenty-one-year-old multi-instrumentalist from Cairns, QLD. We first came across Jelly last year when we premiered the video for his song “All Alone”, and I was excited to see that he would be performing at BIGSOUND this year.

I caught up with Jelly to talk about his musical journey, and why and how he managed learnt to play so many instruments. We also chatted about the songwriting process, and what part of the creative process he enjoys most.

Hi Jelly. How has BIGSOUND been for you?

It’s awesome – it’s so interesting, sitting on the sidewalk and seeing all these bigwigs, and having a conversation with them. And all these last-minute cool interviews happening. It’s really fun. It’s been cool meeting all these bands and making new friends.

I saw your show last night. It was great. I really enjoyed it.

What other acts have you seen that you’ve been vibing on?

Banjo Lucia – she was incredible. I was surprised by how engaged the audience was. It wasn’t that hard pumping dance music. I was almost a bit jealous!  (laughs)

They were quiet for your set too! I think BIGSOUND crowds are respectful though. You’re from Cairns. Do you still live there?

Yeah – I tried to move down here, but Covid happened, so it didn’t last long, so moved back to Cairns

It’s quiet, but this year some pretty big acts have been there because it’s a tourist town. A lot of Japanese tourists stop there on the way to Melbourne. It’s rural,  but the city is pretty big because all the overseas tourists are dropping in.

Tones & I visited at the end of last year, and I got to open for her, which was exciting. But often there’s not much going on apart from a bar gig, or a café thing. It does feel that a lot more seems to be happening lately.

Are you getting to play live often?

Yeah – they have markets where they try and get a lineup, and decent names to come and play. So either there or at private parties.

So you are getting a chance to polish your live show…

Yeah – though there are a lot of retired musicians and managers in Cairns. Cause it’s a good mix between quiet and enough stuff to do there. Markets are good ‘cause you never know who you are going to meet there. I met my old vocal coach at the markets. It’s a good place to start off and practice performing.

What part of the music thing do you enjoy the most? The writing, the music, performing?

Wow – that’s a tough one. I’ve never thought about that. Probably between finding a melody and the words. One of those two. Nah – the writing. The lyrics and the meaning behind it. Most musicians go into it for the same reason, well for me anyway. It’s for self-healing or growth.

In high school, life is hard for everyone. I didn’t have many people to talk to, or friends in general, so the way I would process, or understand myself that I didn’t know how to say aloud, was poetry or music. 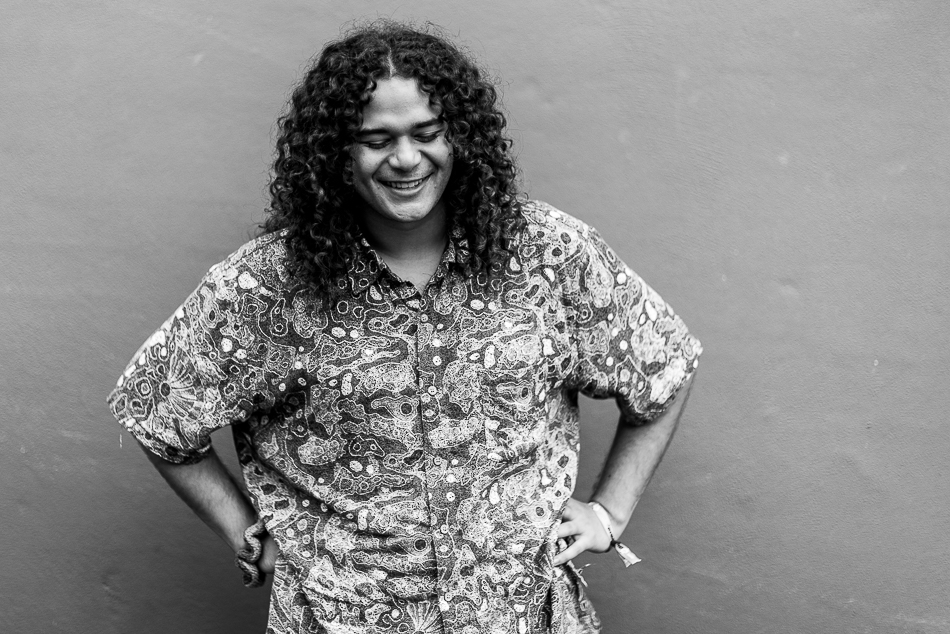 I’ve never thought of it. Thank you!

You are a super-talented multi-instrumentalist. What drew you to wanting to play everything under the sun?

It was actually a little begrudgingly. I couldn’t get into the high school I wanted to go to unless there was a free slot in the music program for the orchestra. In primary school I was obsessed with jazz and the blues, so I tried to learn the saxophone, but didn’t get very far. So I got the double bass, and it really opened my eyes to how important each part, each instrument is. Even the notes you play in between are. Bass is definitely a favourite instrument. I have a mini double bass that I have at home.

From double-bass, I started to play piano, because I wanted to play chords better. Reading and writing music is really hard. I learnt piano so I could understand it more, and the theory as well.
Then Ed Sheeran came out, and I thought wow, the guitar is the way to go. Then I learned guitar and ukulele.

The ukulele was important for the bar chords. All of these other instruments I learned were practice for guitar, which is definitely my favourite.

At the end of last year, around the time of the Tones and I gig, I picked up the accordion. Because I’m getting into Irish pop music. The accordion is really cool. It’s helping my tempo, because it’s important how your arms are controlling.

I should have mentioned drums! They were my original instrument. The dundun drum, an African drum. It was bigger than me. It had a really tough fur, and a really low sound. So I couldn’t play anything else at that point, so I was making up the melody whilst playing a beat.

Everything is practice. I’m not even sure the guitar is what I should stick to.

At 21, you’ve certainly explored a lot. It’s inspirational. What were your musical reference points, your inspiration?

Gorillaz. Since I first heard them when I was 7. I think I heard “Dirty Harry” first. I was hooked from then on.

Was it the music or the whole cultural experience of them?

Initially I thought it would be better to share my face, to help share the message of helping yourself and healing. Also, the idea of being a cartoon character or wearing a mask appealed.

They have the idea of the plot conveying the music, I thought that was really interesting. It was like a tv series. More recently I’ve been into an American guy, Brad Stank. It’s like meditation jazz. It’s got om’s and Buddhist belief. It’s upbeat jazz with a low pitch voice. Like King Cool that I love as well.

Brad Stank and Gorillaz – I love them. I don’t listen to that much music, but if I do, it’s them.

What’s on the agenda for the next few months?

Recording with dubklaat  – my mum’s partner. We’ve been planning an album. We’ve got five or six songs done, but want to get to twelve or thirteen.

I’m supporting Fat Freddy’s gig in November, and I just got a gig in NZ in January for a festival. There are things coming, so that’s exciting. It’s been good – and a bunch of gigs have come about from being here at BIGSOUND – which is awesome!

Thanks Jelly. Enjoy the rest of BIGSOUND