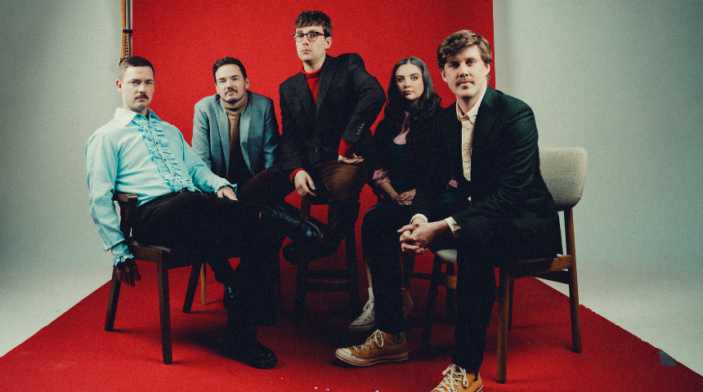 With their seventh studio album Weirder and Weirder due out later this week, we sat down with Sam Cromack, lead singer of Ball Park Music to talk about recording the new album and what it means for them going forward.

Weirder and Weirder itself feels like an evolution of the band’s previous album, with a more mature edge developing through both the music and lyrics, but Sam told us that it wasn’t something necessarily planned.

“We sort of feel like we know where our lane is, and we’re happy to stay there and just listen to what feels right for us. And I’d say that’s more the overarching thing, as opposed to us having discussions about any particulars, like this is how we should evolve the sound.

I think the big change of attitude and making the previous record was really leaning into each song almost putting blinders on and just doing whatever we felt like that recording needed. And we tried to carry that into the new record, too.

And I think that attitude just helps you go places that you don’t expect to go. You’re like less concerned about it being matchy matchy or friends with the other songs on the record; you just like just focus on this little world we’re in right now and do whatever makes us feel self.”

As well as the new album, a huge tour is also on the way, seeing Ball Park Music hit the road with King Stingray, RAT!hammock, and Teenage Joans. After a few Instagram hints as to the tour’s setlist, we asked Sam if he had any more sneak peaks to share:

“We never got to do a headline tour for our self titled record that came out in 2020. So in some ways, it feels like we’re touring, both those records and all that, you know, we’ve definitely stacked the set list kind of fairly heavily in those two records favour. And then yeah, you know, we always try to stack it with with fan favourites. Like there’s a few people in the band who, uh, you know, got the greatest hits mentality.”

With a history of memorable performances, and two albums clamouring to be celebrated, the upcoming shows are bound to be something special for both fans of the band and Ball Park Music themselves!

Check out our full conversation with Sam below:

Ball Park Music’s Weirder and Weirder hits store on May 27th – you can pre-save/pre-order it right HERE.
The tour will kick off at Brisbane’s Fortitude Valley Music Hall on June 3rd – more info can be found on the Ball Park Music website HERE.