Aussies Abroad: Divide and Dissolve embark on massive North American tour as they drop “Prove It” 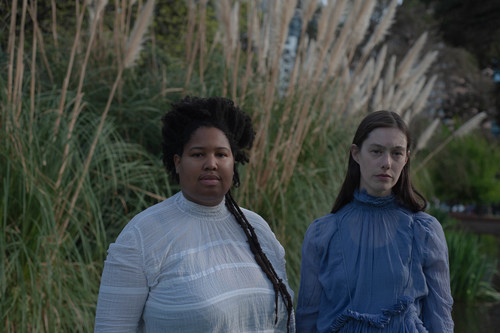 Aussie duo Divide and Dissolve (Takiaya Reed & Sylvie Nehill) have been making impressive moves overseas, and tomorrow they’re set to embark on an absolutely massive tour of North America – as well as throw in a couple of support slots with Unknown Mortal Orchestra.

The shows come as the “Ambient drone duo” release the first single off their 2020 LP Gas Lit, called “Prove It”, which has been produced by Ruban Nielson of Unknown Mortal Orchestra. In fact he’s produced the whole record. The press release for the track’s release tells us that with “a pummeling barrage of guitar and drums, ‘Prove it’ asks listeners to live out their allyship and disrupt institutional oppression. ‘Prove it’ is unapologetic doom metal that’s not afraid to get confrontational.”

You can check it out for yourself here. The video has been directed by James Robinson (@james.pdf).

Of their live show, the duo explain, “Fans can expect us to be playing our hearts out. We are extremely passionate musicians and will be blasting all of them with our full backline with the intention of leaving them feeling blissed out and completely devastated.”

They add, “Every time we are on tour seeing everyone and hearing their stories always inspires hope within us. We’re also excited to encourage settlers to give back stolen land and resources to Indigenous peoples and have conversations around decolonisation, reparations, the liberation of people of colour and the shift of power that’s occurring right now. We’re so excited to share our music.”

As they told Bandcamp Daily “Our music is helping carve out space where it isn’t supposed to be. Heavy music is apparently supposed to look, sound, and feel a certain way. Divide and Dissolve is and will continue to be a point of difference.”

Check out more of Divide and Dissolve’s music on Bandcamp and tour information over on their official website.