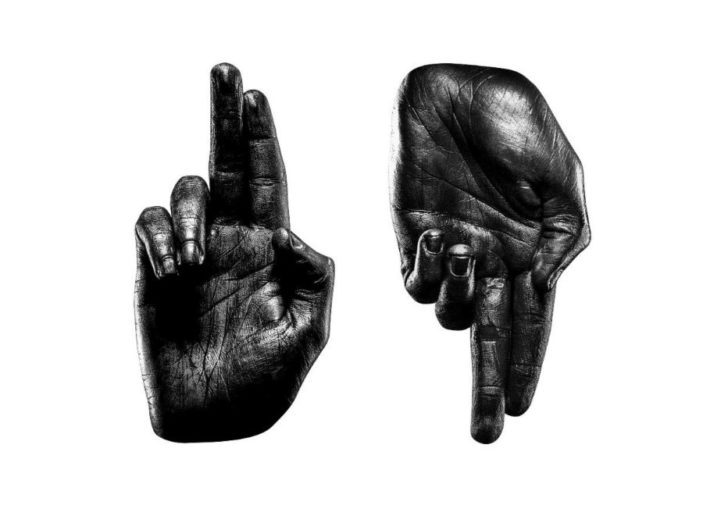 There are very few bands that can take diverse elements from a wealth of musical styles and blend them in a way that creates something new and compelling. Swiss experimental metal duo Zeal & Ardor, consisting of frontman and multi-instrumentalist Manuel Gagneux and drummer Marco Von Allmen, are one of them. Their self-titled third studio album – released 11 February – is a testament to their exceptionally original craftsmanship.

The band’s unique sound may be best described as blues and soul-infused black metal – styles not commonly associated with each other. Over the 14 tracks, stomping grooves and articulated blast beats coincide with elegant keys and programmed drums. Searing riffs and heavy chugs sit comfortably with wet melodies and vibrant synths. Versatile vocals effortlessly switch between inflected cleans and brutal growls, with rap-influenced rhymes of justifiable rage and self-empowerment.

The ominous title track immediately seizes the listener with blaring synths and reversed distorted guitar strums. Gagneux’s commanding vocals over distant chants incite rebellion, the song acting as a call to arms for the oppressed to take control. Following track ‘Run’ sounds like it doesn’t even belong on the same album as the first, with its low screams and blistering riffs, but earns its place and serves as a musical bridge between the opener and third track, ‘Death to the Holy’.

Instrumental piece “Emersion” envelops the listener in an atmospheric soundscape of glitchy synths and lush programming. Out of nowhere, it catapults you into a triumphant onslaught of layered guitars and thrashing drums in a wall of sound. The song trails off with a cheerful melody on delicate keys before leading into the whistling and picked guitar intro of “Golden Liar”. Cinematic tom fills and stirring harmonies crescendo into a whirl of strained vocals and overdriven strums, then end suddenly before the verse of album highlight ‘Erase’ hits next.

The demanding lyrics of “Bow” are bolstered by the call-and-response gang vocals and blockbuster movie trailer beats. This warcry cements itself halfway through the tracklisting as a pivotal point in the album’s narrative of submission and uprising. Dynamic cut ‘Feed the Machine’ boasts a sonic journey like no other, flipping between different grooves and time signatures while juggling bluesy singalongs with chaotic passages. Next, ‘I Caught You’ is one of the more technical tracks and showcases some of Gagneux’s best screams on the record.

Latest single and most accessible track ‘Church Burns’ cleverly blends gentle guitar melodies and bright piano chords with chunky guitar strums and syncopated drum patterns. The lyrics demonstrate meticulous penmanship down to the hard rhyme scheme and syllable count, reminiscent of conscious hip hop. Demonic cut “Götterdämmerung” sees Gagneux get biblical, with a combination of German and English lyrics belted from the pit of his soul with fierce instrumentation and an eerie choir.

Nearing the end of the album, “Hold Your Head Low” starts with a slinky reggaeton vibe characterised by prominent bass and colourful cymbals. It offers glimpses of powerful vocals, crashing drums and frenetic guitars, retreating for each verse until the busy finale and softly plucked outro. The two final tracks, “J-M-B” and “A-H-I-L” respectively, seem brief and musically disjointed rather than like a melding of styles. This evokes a drawn-out feeling that could have otherwise been avoided by closing with their predecessor.

All in all, Zeal & Ardor have compiled a generous serving of relatively short songs for a more punctual message and brighter burn. Although some stand out far more than others, the melodies and grooves of these inventive tracks resonate long after the album has run its course. The band’s self-titled effort explores the anguish of a conditioned society with their namesake and inspires change through unity. There’s no doubt that you’ll be hearing a lot more about these guys and their undeniable potential.

Zeal & Ardor is out now