Album Review: Slowly Slowly are in their purest form on the epic and emotive Daisy Chain 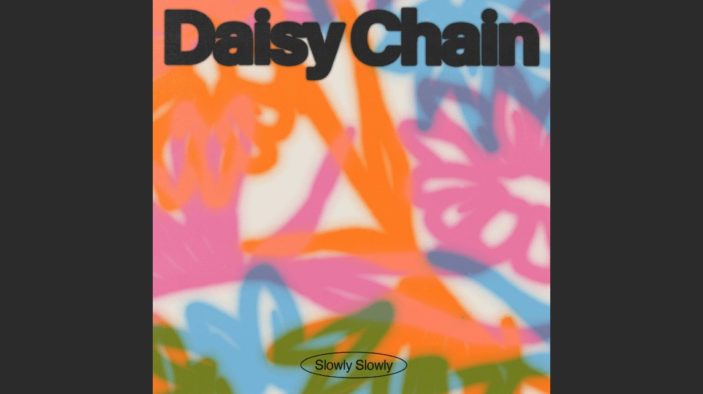 Adored Melbourne rock quartet Slowly Slowly have today released their awaited fourth album Daisy Chain via UNFD. Featuring the singles “Blueprint”, “Nothing On”, “Forget You”, “Longshot” and its title track, the twelve-track project is the band in their purest form. It’s big, fun, sad, deep and demonstrates their expansive new sound.

Opening the album is the catchy hook of title track “Daisy Chain” with bright guitars and booming drums in a verse layered with sweet harmonies. The poetic lyrics explain the album’s circular narrative by using interweaved flowers as a metaphor for being rescued by simplicity. Up next, “Blueprint” is a rebellious singalong of gritty riffs and pummeling drums made for a live setting. “Turn It Around” signals the shift in musical direction as a standout on the record with haunting melodies and intricately layered guitars.

Another one written for the dancefloor is “Forget You” – it’s fast, fun and catchy with a light-hearted relatability. The bridge lyric “What does today have in common with yesterday? Nothing” addresses the frivolity of daily stress. In a similar vein, “Nothing On” is a bop with vivacious guitars, retro drums and groovy basslines to contrast the boredom of staying home. “Achilles’ Heel” is a tongue-in-cheek cut conveying the anxiety of success as an artist in the digital age with an upbeat take on our shallow online habits.

Some of frontman Ben Stewart’s most introspective lyrics on the album are in “Hold My Breath” as he details the emotional rollercoaster of a relationship breakdown. The track is complimented by deft rhythms and subtle percussion throughout that progress the song nicely. A mellow moment on the album is the stripped-back “Medicine” with a moving vocal performance over gentle electric guitar. This is followed by the epic “God”, a five-minute opus with picked guitar, muted bass and swirling strings in one of Stewart’s best works.

The last phase of the record is picked up by the garage-rock sound of “Longshot”, an avid track with the spirit of “Blueprint” and meaning of “Daisy Chain” fitting into that circular narrative. Next is the band’s biggest collab to date in “Moving Trains” featuring emo icon Dashboard Confessional – a high-energy admission with delicate keys to ride out the song. Finally, evocative closer “Papier-mâché” shines with hard piano and soaring vocals as Stewart sings of his insecurities, leaving the album on a sombre note but feeling whole.