Album of the Week: On Local Honey, Brian Fallon mines the present and the personal 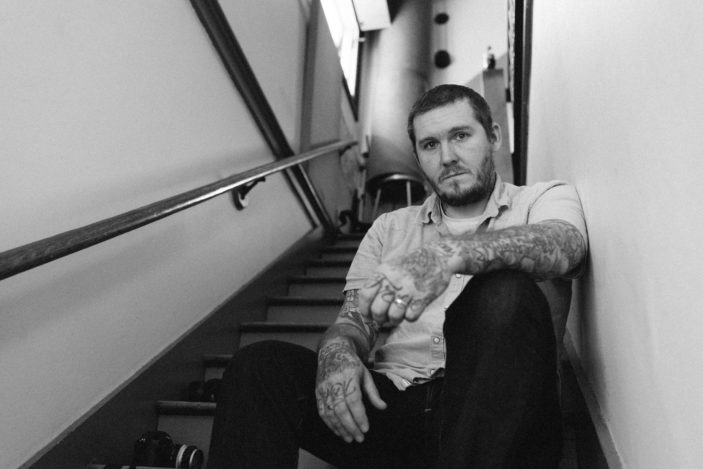 Brian Fallon has traded in the punk rock of The Gaslight Anthem and his youth for the countrified folk of Local Honey. Though followers of his career, will know he’s no stranger to the acoustic guitar.

Local Honey is Fallon’s third solo album, and his first in two years, following 2018’s acclaimed Sleepwalkers. It’s also his first album to be released on his personal record label, Lesser Known Records. Local Honey is a snapshot of an artist who has grown in maturity and self-assuredness. He’s become a father. He’s settled down (as much as any musician can). There’s less to prove now. There’s less nostalgia for a bygone era of rock. Instead, there’s a simple appreciation of the now. As Fallon states, “This record is 100 percent about the day today. It’s not about these glorious dreams or miserable failures, it’s just about life and how I see it.”

It’s also an incredibly personal album. It opens with “When You’re Ready”, a letter written to his daughter. Offering advice on life and love, it is Fallon at his most tender (and most Springsteenesque). The track basks in a homely warmth, and helps set the tone for much of the record.

When listening to Local Honey I was struck by the quality of the songwriting. Or rather, reminded of Fallon’s pedigree as a songwriter. Local Honey is on the face of it a unassuming record. It isn’t showy. It’s well structured and beautifully executed, with some truly powerful and poignant writing. “Vincent”, for example, is a song which charts the course of an abusive relationship, is one of the album’s strongest moments. Fallon has created a character and invested them with enough backstory to get us invested. It’s a moving and powerful track, one which forces the listener to go deeper.

There are moments of levity, “21 Days” and “Lonely For You Only” both offer up a more expansive sound. Though it’s not quite the four-chord rockers of his Gaslight days. Instrumentally, Local Honey, keeps things relatively simple too. That said, under the guidance of producer Peter Katis, Fallon has begun to expand his sound further, incorporating more synths and electronic elements into his work. Although in no way overbearing it brings that extra little something to the record; this is especially true on “Horses”, another of the album’s standout moments.

At only eight tracks and a runtime of just over thirty minutes, Local Honey, doesn’t stick around long enough to potentially overstay any welcome. We’re now three solo albums in, and Fallon hasn’t sounded better. His guitar playing, his songwriting and his vocals are all on point. Some of the songwriting and music may be too “sweet” for those still harking for those punk rock days. But, with Local Honey Fallon has created an album that is personal yet relatable, emotive, but also full of warmth and style.