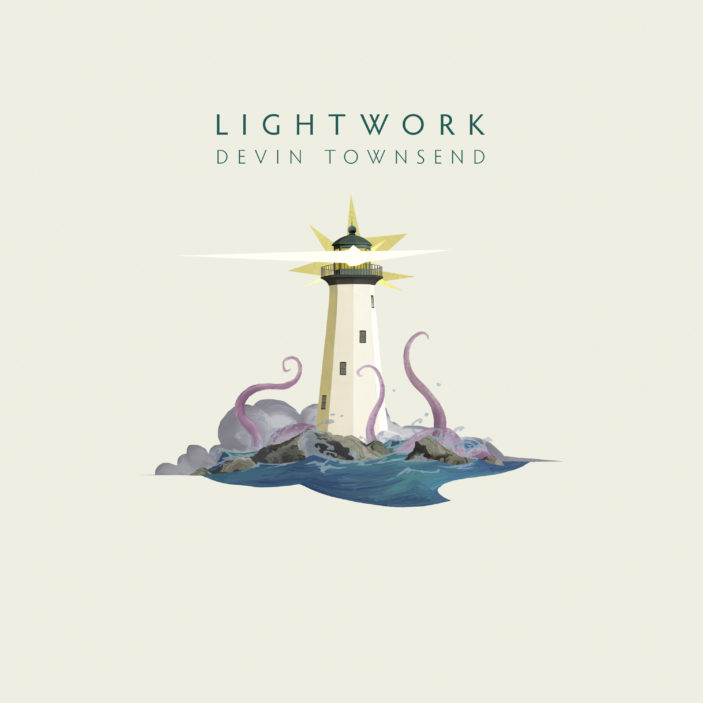 Canadian metal icon Devin Townsend has returned with a mighty genre-bending opus in the form of new studio album Lightwork, released 4 Nov via Inside Out Music/Sony Music Australia. The 20-track deluxe project was written during times of great change personally and its manic sound is a reflection of that period. After three decades of critically acclaimed albums with Steve Vai, Strapping Young Lad, Casualties of Cool, The Devin Townsend Band and Devin Townsend Project, his latest effort is one of his most unique and original.

One word to describe the album would be ‘unpredictable’. Edgy opener “Moonpeople” shines with pleasant melodies and eerie undertones as the simple rhythm spirals into an eclectic final chorus. The symphonic qualities of following track “Lightworker” bolster the operatic vocals with anthemic choruses that could belong on a Sabaton single. Next up, “Equinox” embraces pop sensibilities with glossy textures and elegant harmonies that are contrasted by the strained bridge vocals.

Melancholic single “Call of the Void” has an 80s stadium-rock feel to it in a sad singalong kind of way and is definitely the most accessible song on the record. Things get weird again on “Heartbreaker” with seven minutes of rhythm switchups and technical guitarwork underneath heavily-layered vocals and quirky synths. Continuing into “Dimensions”, the drums pick up the pace as bubbling saws and intricate riffs simmer at the surface with numerous fades and a Metallica-esque climax.

“Celestial Signals” uses traditional arrangements in a unique way with delayed guitar, thumping drums and swelling strings and choirs for an interstellar experience. Featuring a variety of singers, programmed beats and live drums blend interestingly on “Heavy Burden” as the whole song shifts to melodic synth and string stabs for the bridge. “Vacation” is the shortest and most restrained track on the album before epic 10-minute closer “Children of God”, a dynamic finale of uplifting instrumentation and soaring vocals ending with oceanic sound design.

If you’re not accustomed to extreme progressive metal then the album may prove difficult to listen to, particularly the second half of the deluxe edition. Elaborate deep cuts like “Precious Sardine” on the B-side take elements from metal, dance and noise and combine them in an ambient soundscape you can get lost in. Nevertheless, Lightwork is carefully crafted, enormously adventurous and well worth the long listen.