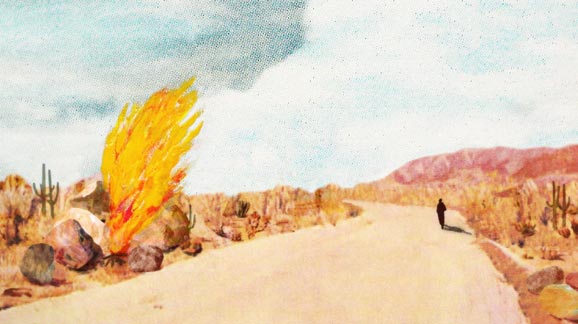 Former Idol winner Wes Carr has returned with Blood & Bone the debut EP from his new project Buffalo Tales. Anyone tuning in to hear a collection of pleasant radio friendly pop rock songs are going to be sorely disappointed. Blood & Bone is a completely different beast from Carr previous output, a return to his musical roots as a singer-songwriter. Carr has crafted an EP full of striking and mesmerising tracks, that signal a bright future.

Opening track “Blood & Bone” is without a doubt the highlight of the collection, and a definite favourite of mine. It’s a beautifully arresting track that demands your attention. Musically it’s understated, with some delicate acoustic guitar, and simple percussion. “Lost” written with Cold Chisel’s Don Walker, is a perfect example of how sometimes less is more, an atmospheric slow burner that features some simple but affecting lyricism and impressive soulful vocals from Carr and Elana Stone.

“Eighty Eight” has a distinctly bluesy feel, with a distorted driving guitar sound and reverb-drenched vocal. The addition of the piano in the mix, gives the track an added something, and stylistic shift mid way through is a nice surprise, whilst the ending is something The Beatles would have concocted. “Cradle of the Universe” brings the EP to a pleasant close, with some picturesque lyricism; the inclusion of the pre-recorded samples, whilst initially glaring, quickly becomes a non-issue, eventually complimenting the instrumentation.