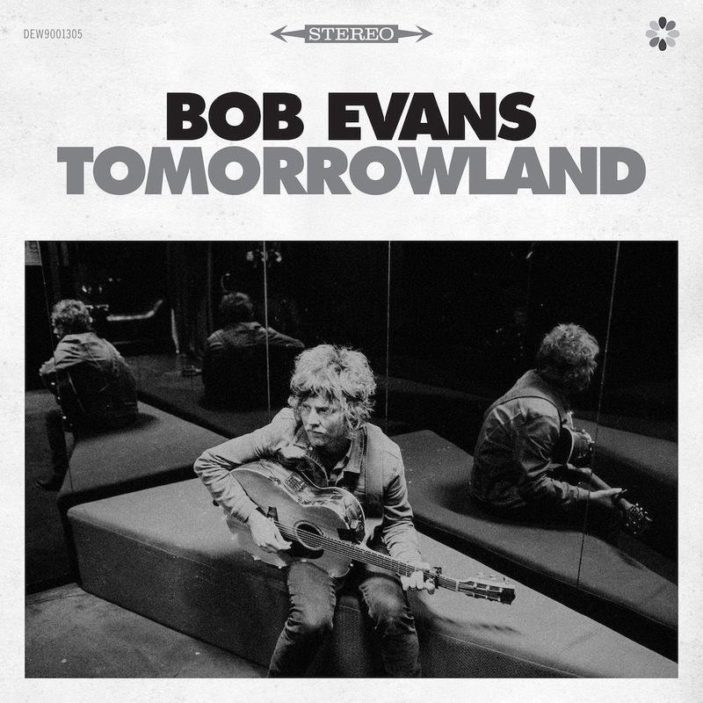 Kevin Mitchell, aka Bob Evans, has marked his genuine graduation from Suburban Kid to ‘middle age’ with his sixth studio album Tomorrowland, evolving musically with a level of grit combined with his treasured pop hooks.

When I spoke to Mitchell ahead of the album launch, he said: “I’m in a period of my life/career where I really only want to put out records when I’ve got something to say.” The underlying theme of Tomorrowland is time.

For Mitchell, he’s now 43-years-old. It’s a distant way from the teenage punk rock years with Jebediah but it’s also a long journey from his maiden Bob LP in 2003, Suburban Kid.

The father of two is at a point in his life of mature reflection about the world around him, more than just himself and his emotions, and that permeates lyrically throughout Tomorrowland. There are love songs and nostalgic tales but there’s references to the Me Too movement and the existential crises our generation faces.

The album, which was self-financed by Mitchell after his contract with EMI Music expired, was recorded in early 2020 just before COVID-19 hit, so he’s been working on it and sitting on it for some time.

Musically, Tomorrowland is much more electric than his previous acoustic efforts, with shades of Bruce Springsteen and the E Street Band. Mitchell probed into 80s electric rock in the lead-up to the recording of the album, with fuses of Tom Petty and The Cure.

Bob Evans has always been known as Mitchell’s folk side-project but this moves towards alt indie country with a tinge of Americana rock.

The sax solo on album opener ‘Born Yesterday’, a song about the innocence of youth, immediately offers Springsteen comparisons, while second track ‘Always You’ is a dreamy whimsical Americana love song.

Stella Donnelly makes a cameo on poppy lead single ‘Concrete Heart’, but the expansive tracks arguably are the highlights of Tomorrowland.

The E Street vibe couldn’t be more pronounced than on ‘Excuses’ where Mitchell wails initially, with the harmonica solo fulfilling the country brief.

‘Bad Mood’ has a sweet and jangly guitar pop feel, while you can find a little touch of Jebediah in the 90s-rock-style ‘Falling’.

The album’s closing track, ‘End of the Day’, is a charming and philosophical way to sign off on Tomorrowland – a record which serves as yet another evolution for one of Australia’s most accomplished and well regarded artists. There’s no doubt that Bob Evans’ fans will enjoy this release, offering a new direction forward for Mitchell’s now self-financed project.

Tomorrowland by Bob Evans is out now.

Bob Evans’ tour dates are as follows (tickets via bobevans.com.au):