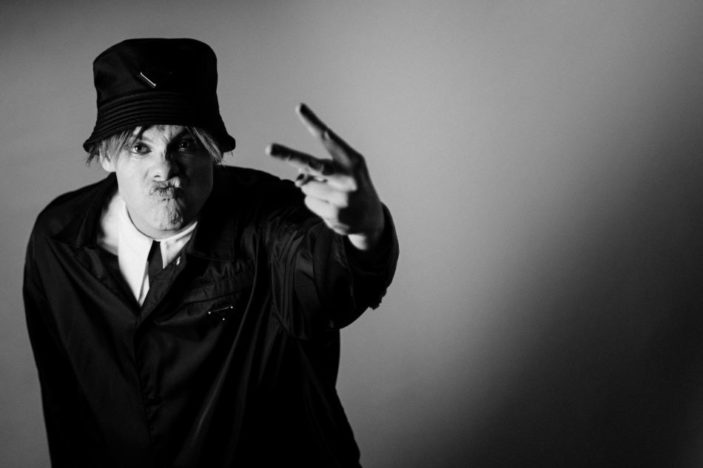 YUNGBLUD has been pretty busy since realising his debut album in 2018. With a slew of features and collaborations in the two years since, he’s been pushing the limits on what sound he’s creating and who, as a result, may want to listen to his music.

Following a tender single with Halsey in 2019, he’s branched out to feature on a Bring Me The Horizon track earlier this year. These two tracks may seem a little bit different from the punk tinged sounds of his debut. But, it shows an artist willing to try new things and step outside of their comfort zone.

And, while there are moments on new album weird! that show YUNGBLUD is beginning to embrace different styles, there is still plenty on the album that is the Yungblud that first burst out with “I Love You, Will You Marry Me” a couple years back.

It’s always interesting to see artists release the first taste of their new album. Will it be a huge lead single and the best track on the album? or is it just a little taste of an album track that might not see the light of day again? In the lead up to its release, YUNGBLUD went with the former, releasing a string of full blown hits. Hits that more than definitely gave the listener a fair indication of what was to come.

Lead single “Weird” and “Strawberry Lipstick” are as equally different from each other as they the exact same type of song you’d expect to be a lead single. The synth driven rock of “Weird” is a reliable throw back to the pop-punk sounds we’ve come to expect from YUNGBLUD. While “Strawberry Lipstick” is straight out of the early 2000’s emo scene, with its slinging guitar solo and angst driven screams.

Now, there’s every chance I’m not in YUNGBLUD’s target audience. I’ll happily admit I probably won’t be buying a ticket to his scheduled Australian tour for September 2021. And that’s ok. What I am happy to admit is that there is enough on weird! to know that he has managed to strike gold and is now surely heading the right way to selling out his arena tour next year.

Opening track “Teresa”, with its gothic aura, will undoubtedly serve very well as the opening three minutes of a set as the crowd yells back every word. Meanwhile, the introduction of a funk driven bass line helps “Cotton Candy” slap from the beginning. It’s a subtle and sweet love song as you begin to realise the tender side to an artist usually all hopped up on red cordial.

The tortured “Mars” is a song of someone crying out for attention, as YUNGBLUD asks the protagonist if they feel like they’re irrelevant. It’s an overwhelmingly depressing moment on weird!. But, things are turned upside down just as quickly with “Superdeadfriends”. Surely the offspring of brit-pop and The Beastie Boys, you’d be hoping the singer invests in Strepsils as the yell-screams definitely give his throat a working out.

The acoustic ode to wanting to love and not knowing how to, “Love Song” is one of the album’s bittersweet moments. You come to realise that behind the brashness and eccentric eyeliner, YUNGBLUD is almost definitely just like the rest of us; someone seeking connection and affection from friends and family. Going full blown emo, “God Save Me, But Don’t Drown Me Out” is the best moment on weird!. It’s relentlessly catchy and driven by guitar throughout its three and half minute run. Additionally, the coda is a nice little sentiment all wrapped up in eight words.

“Ice Cream Man” and “Charity” go hand-in-hand with their tempo. Both tracks invoke a little bit of a Blur “Parklife” vibe too. They’re both tracks that will be frothed in a live setting. Closing out with the acoustic “It’s Quiet in Beverly Hills” and the My Chemical Romance meets NSYNC “The Freak Show”, weird! is a very solid and enjoyable listen.

There’s a noticeable relatability on weird! that will provide a new generation of kids with an album that they can come back to time and time again to feel a connection to something. I have no doubt the album will shape the listening habits of many teenagers and young adults trying to work out who they are.

The world needs artists willing to try things and be that little bit different. Artists like YUNGBLUD.

Tickets are on sale now. To purchase tickets to all tour dates visit secretsounds.com

For a sneak preview of what’s to come in September 2021 Aussie fans can tune into YUNGBLUD’s The Weird Time Of Life bespoke digital world tour at 8pm AEDT on Monday 7 December. Tickets are limited. Head HERE for more details.