Album of the Week: Today We’re The Greatest sets up Middle Kids to become one of the country’s best 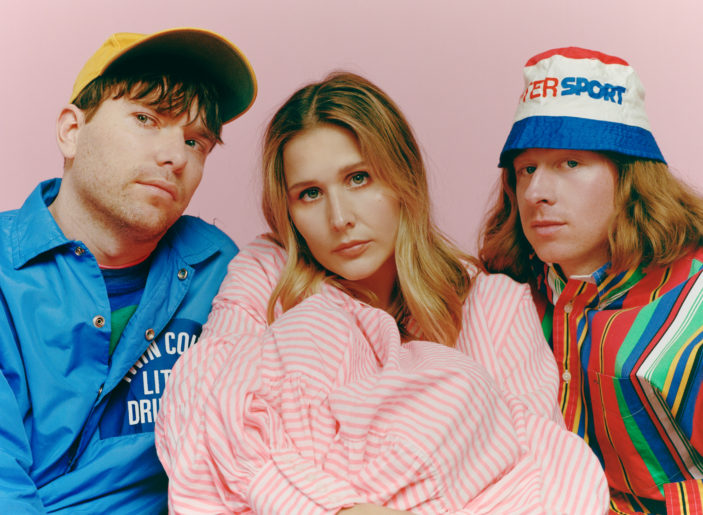 The last time I wrote anything about Middle Kids I made a not so subtle comparison between the Sydney band and Australian musical royalty Paul Kelly. At the time, they were touring their debut album Lost Friends and had released a little song called “Mistake”, which I’d go on to call the best song of 2018. While maybe a little outlandish, there’s a level of storytelling and ability to craft the near perfect song that, I’d hope in time, will leave the band on some comparatively equal standing as PK. It may take them another twenty years, but by judging by the quality of their new album Today We’re The Greatest, there’s every chance Middle Kids could go down as one of the all time greats.

Always capable of making instantly great releases, Middle Kids have managed to make an album that shows an even more vulnerable side to a band who has always managed to endear themselves to loyal and loving fans. One of the biggest takeaways from Today We’re The Greatest is the subtleties in their sound the band has introduced on the album. They’ve moved ever-so-slightly away from the full-blown festival ready moments of their debut and embraced a sound that will be better suited to a sit down theatre show, shared with friends, or paired with a bottle of wine (whether an expensive red or cheap $8 rose) over dinner and with a lover.

Naturally, the band has matured on the album. Two of them have become parents after all. But, they’ve all grown to make music that loves its listener. They’ve noted that they want their fans to hear the album and feel a deep love for these songs; a love that is challenging, intense and tough, but is love in its purest form. Today We’re The Greatest just about achieves these goals on every single cut from the album.

Yes, there are still songs on the album that are straight out hits. Songs that will transfer fantastically to a festival set (namely lead single “R U 4 Me?” and the angry, assertive and sweary sing-a-long “I Don’t Care”), but Today We’re The Greatest is a deeper level of great that invokes a throwback to both modern contemporary classics and those moments where you know you’re growing up and have finally begun to work out the ins and outs of being a full fledged functioning member of society.

“Questions”, a song of mistrust, has elements of Boxer-era The National. Its accompanying single shot video is one of the best things you’ll watch this year. Having always been capable of making euphoric anthems, Today We’re The Greatest moves the band forward in their ability to continually reach that euphoria. “Summer Hill” hits this peak over the closing bridge, as Hannah Joy sings about noticing that their friend’s toughness and self assuredness has begun to fail. The rolling drums of Harry Day are the unspoken highlight for the track.

The apologetic “Some People Stay in our Hearts Forever” has a sweet cadence and bulletproof reliability, as Joy sings about wanting to love someone but not knowing how to. The album continues its strong vein of form, with the catchy and declaration of devotion filled “Run With You”; a song of love for Joy and Tim Fitz‘s young son.

It’s pretty obvious that a lot has changed for the band since releasing their first album. Joy speaks openly about growing to learn how to write love songs, having previously felt like she didn’t fully understand, hadn’t experienced or known full blown, undying love. While becoming a mother has opened so many avenues for her to experience love, Joy (and the band’s) real triumph of love comes in the form of “Stacking Chairs”. A candidate for song of the year so far, if the imagery of the chorus’ lyrics doesn’t bring the emotions of your cold heart to the surface, then sadly you’re a lost cause.

Much like the closer on their debut (the cataclysmic and building “So Long Farewell I’m Gone”), the titular “Today We’re The Greatest” is a triumphant and overwhelming finish to an album that has no obvious shortfalls or failures.

Picking up right where they left off, with strong stories and a new found ability to connect on a loving and holistic level, Today We’re The Greatest goes some way in proving that we may not have to wait twenty years for Middle Kids to go down as one of the country’s best.

You can catch the band on their album tour in May (dates below). Tickets are available HERE.