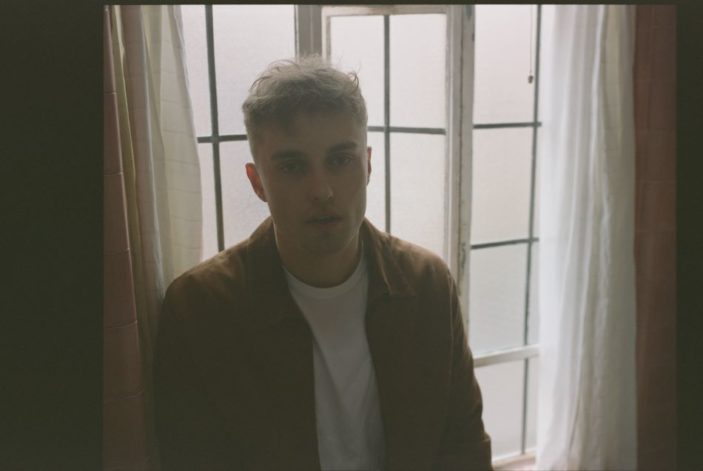 Coming just two years after his debut album Hypersonic Missiles, Fender has managed to release an album of pulsating rock, filled with the stadium grandeur of Brandon Flowers, whilst reusing and thriving on the saxophone and piano strengths of Springsteen’s best.

While only now onto his second LP, Fender feels like he’s been churning away on the cusp of glory for a while now. Hailed as one of the great white hopes by the British press (as they seem to do all too often), Seventeen Going Under showcases a more pressing and at times darker side to Fender’s songwriting and lyricism. As a fan of his first album and his ability to translate this into a live show worth hanging around for (his Splendour 2019 set was a standout), it’s abundantly clear to me Fender has progressed exponentially on Seventeen Going Under, even if some of the songs do sound like they could have been recorded during the Hypersonic Missile sessions.

With it being the opening track, lead single and album titular song, “Seventeen Going Under” has a lot of pressure placed on it to be one of the defining moments of the album. And, well, all that pressure has managed to create a diamond. Opening with a distinctive guitar hook, Fender’s vocals are simultaneously firm while showing a level of innocence and quivering despair, almost as if he is scared of what the song’s contents may bring. The addition of the saxophone offsets the pounding consistency of the drums but rounds the song sweetly enough. Following in much the same vein as “Seventeen Going Under”, “Gettin’ Started” is a very apt descriptor of the song and beginning of the album. The opening two tracks kick things off in a very specific trajectory and set in motion the remainder of what proves to be a very solid release.

It’s obvious from the titles and content of the opening two tracks that Seventeen Going Under is an album built around Fender’s youth. Mirroring much of the trials and tribulations he (and many others) faced growing up, there’s anger, misunderstanding and a general disdain for authority strewn across the album. This is apparent in the mildly aggressive “Aye”, a politically driven anthem that moves away from the general vibe of the album, while not removing itself entirely from the realm. Staying in this same world of anger, “Long Way off” is a more melancholic and methodical take from an artist who is already starting to grow weary and aware of how truly cooked the world is.

The album does slow down and shows a more sincere side of an already sincere artist on “Spit of You”, “Mantra” and “Last to Make it Home”, with the latter being a tender piano-led ballad where Fender reflects on his own faults and tries to reckon with himself on how to be a better person. With a similar urgency to “Aye”, “The Leveller”, with its neatly hidden string section and energetic guitar solos, is the exact song that will round out a main set at festivals. Its closing minute is an absolute joy to indulge in.

One of the biggest takeaways from Seventeen Going Under is the aforementioned influence of bands and artists like Springsteen (especially on album peak and sad song in hiding “Get You Down”), The Killers, The War On Drugs and to a lesser extent The National. The album has the joys and euphoria associated with Springsteen and The Killers, the road trip soundtrack readiness of The War on Drugs and the melancholic urgency of The National. These qualities are most apparent on “Paradigms”, a hidden treat coming second to last on the album. Following up with closer “The Dying Light”, a song that could be straight out of the diaries of Dave Le’aupepe with its slow build and symphonic close, the album ends in nothing more than bliss and satisfaction of what has just been delivered.

It’s obvious from the very start and right through to the end of Seventeen Going Under that Sam Fender is an artist more than happy to play out his life as a young person on an album for all to hear. It may not lend itself all that well to being made into a meme, but Seventeen Going Under is a solid indication of a musician who’s finding their feet musically and holistically.